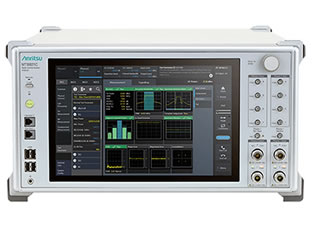 Operators worldwide are deploying the LTE-Advanced/LTE-Advanced Pro standard to speed-up the older LTE standard and help cope with the explosive growth in services using large data volumes, such as mobile video streaming.

In addition, to facilitate a smooth transition to next-generation 5G communications systems targeted for service deployment in 2019, there are plans to introduce LTE-Advanced/LTE-Advanced Pro offering gigabit-class speeds by using even more CCs.

The MT8821C also supports LTE-Advanced/LTE-Advanced Pro Downlink Carrier Aggregation, LTE-U/LAA and VoLTE voice/video echoback tests, at frequencies up to 6 GHz with a bandwidth of 160 MHz (both Tx and Rx).