How to achieve temperature control with a peltier module system

A Peltier module, also known as a thermoelectric module, is a powerful device for thermal management, for use in applications such as laser products. When a current is passed through the module a temperature differential is created, causing one side to be hot while the other is cold. Depending on the design of the module and the applied voltage and current, a temperature differential over 100°C can be achieved.

As a solid-state device, the module benefits from having no moving parts and can be used in an electronic system for cooling or heating; reversing the polarity of the applied voltage reverses the flow of thermal energy. Designers often employ Peltier modules to cool components such as ICs or power modules, particularly where precise temperature control is needed, or if forced-air cooling is not sufficient. A thermoelectric system can respond quickly to changes in operating conditions and can cool objects to below the ambient temperature if needed.

In a cooling application, the device to be cooled is attached to one side of the Peltier module, and a heat sink is applied to the other (figure 1). As figure 1 also shows, an external power source is needed to provide the current to operate the module.

Closed-loop feedback may be applied, using a temperature sensor at the device to be cooled, to control the supply of power to the module. The heat sink in figure 1 must be sized to handle not only the heat transferred from the attached component but also the heat dissipated due to the electrical current supplied to operate the module. 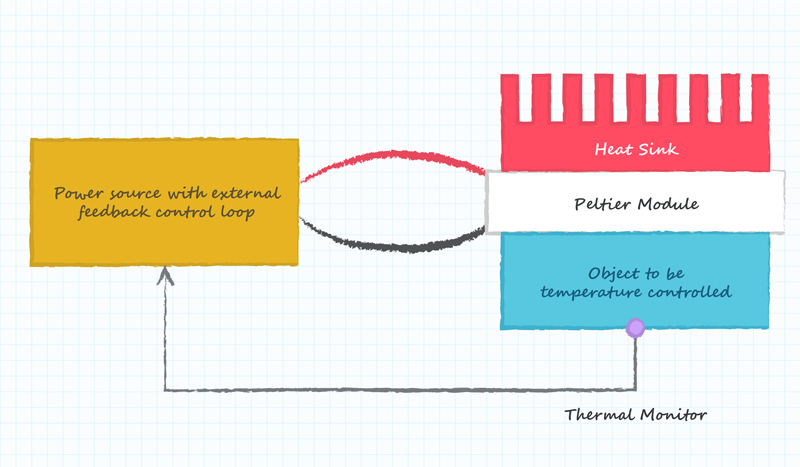 If the indicated voltage is applied continuously without closed-loop control (figure 2), the module will operate at a power transfer level and temperature differential as can be determined from the datasheet. 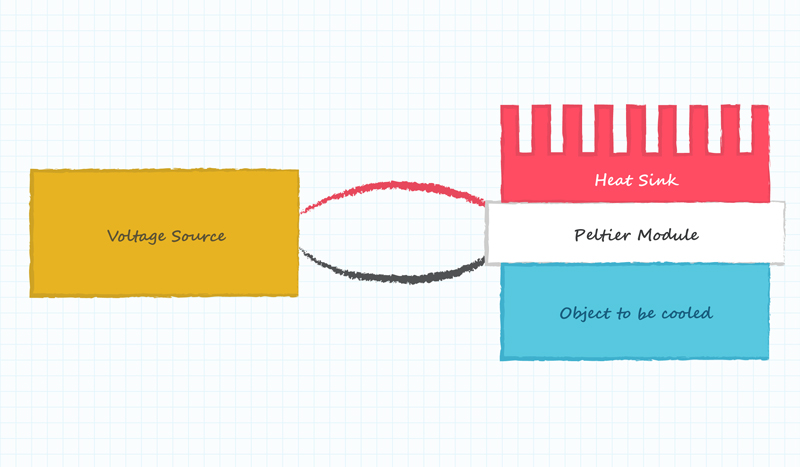 Figure 2. Constant-voltage operation without temperature feedback transfers at a power level and at a temperature difference as defined in the datasheet.

A pulse-width modulation stage is commonly implemented at the output of a standard power supply, as shown in figure 3, to control the voltage applied to the module. The PWM stage is added externally because many power supply outputs do not allow a wide enough range of adjustment to reach the minimum and maximum voltages needed to control the Peltier module.

A filter is recommended at the PWM output to reduce ripple, which can compromise the module’s Coefficient Of Performance (COP). A maximum value of about five percent ripple is desired as excessive ripple can also cause electrical noise issues in the device being cooled. 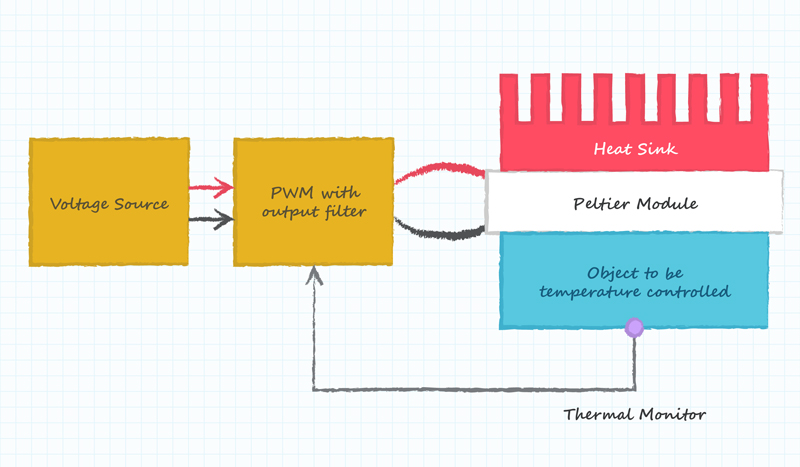 In addition, the thermal feedback-loop bandwidth should be low, which means it can be designed in many ways. Since the polarity of the applied voltage determines the direction of heat transfer (figure 4), a suitable means of reversing the polarity allows the system to either cool or heat the target object. 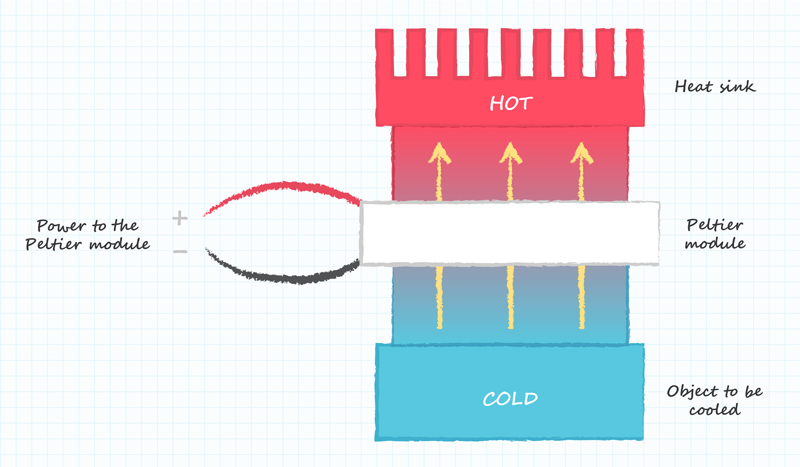 If the module is operated at a low COP, which may happen if inadequate power-supply filtering is applied, the thermal power due to self-heating can be greater than the power transferred from the cooled object. The ambient temperature and the heat sink capacity determine the maximum operating temperature of the module and overall system thermal dissipation.

A Peltier module can be an effective tool for controlling the temperature of an object, particularly if the desired set point is below the ambient temperature. As a solid-state device, the Peltier module is typically smaller, lighter and more energy efficient than a conventional thermal-control system containing a compressor and dissipative heater. Electrical and acoustic noise emission is also typically lower.

In addition, a thermoelectric system can operate in any physical orientation, while requiring no special components to design the system. This makes thermoelectric temperature control an attractive option where performance demands are high and space, time and the development budget may be tight.

Read the CUI Devices' Insights blog How to Select a Peltier Module to learn more about choosing the right module for your application.