The International Consumer Electronics Show, colloquially known as CES, is big, very big. The annual event takes over the gambling city of Las Vegas every January revealing a mix of the weird and wonderful ideas that have, or are about to, or may never, come to fruition. Nobody cares. This is about science fiction turning to fact, this is about imagination, this is the grown-ups’ toy shop.

What started in 1967 as a television and radio show – video cassette recorders were the highlight in 1970 – has grown to embrace the latest technology with nearly 4,000 exhibitors and an attendance that this year is expected to top 170,000, more than the total number of hotel rooms in Las Vegas.

These days it is about connected devices, the IoT, automotive and self-driving vehicles, but it still keeps its television roots, as Allison Fried, Global Event Communications Director for show organiser the Consumer Technology Association, pointed out. She has been involved in the show for twelve years and said she still remembered it having a TV focus.

“When I started, it was very TV centric,” she said. “It was about who had the biggest television.”

Automotive Focus
What had changed over the past decade is how the technology has worked its way into far more parts of people’s lives – automotive, for example, would once not have been covered but is now a central part of the show. In fact, if the automotive content of CES – more than 400 exhibitors – was run as a separate event it would by the fourth largest auto show in the US.

And one of the country’s biggest automotive events – the North American International Auto Show in Detroit – is the week after CES and these days there are more automotive launches at CES than there are in Detroit.

“Detroit is the week after and they used to make their automotive announcements there,” said Fried, “but now it is happening at CES and they do their follow-ups at Detroit.”

For example, one of the fastest growing automotive industries is in China, and Beijing Linkdata Technologies will be unveiling U-Bike (above), a neighbourhood electric vehicle with a 100km driving range thanks to its Panasonic lithium-ion batteries. An intriguing offering from ZF is a development vehicle that uses Artificial Intelligence (AI) to gain experience in autonomous driving even when it is not on the road. Called the Dream Car, and developed with help from Nvidia, it will be on the firm’s stand and interpreting live data from the company’s development centre in Germany, some 9,200km away. 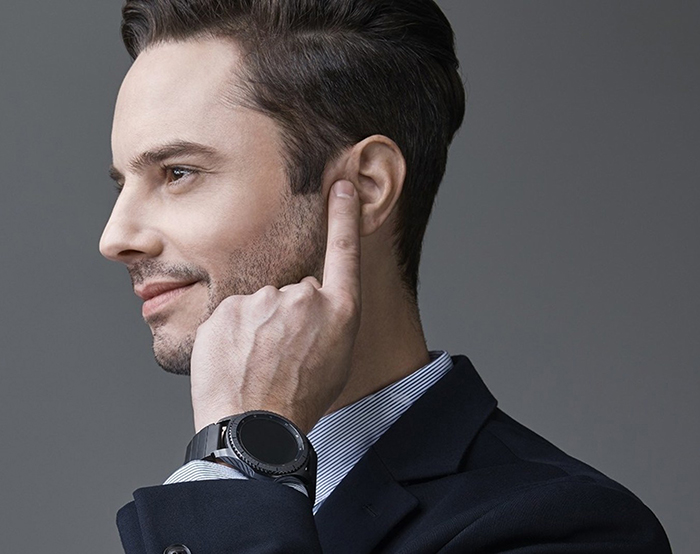 Above: Innomdle Lab’s watch strap lets the wearer make and receive phone calls by sticking a finger in their ear

“We are committed to autonomous driving because in the long term this will help to significantly reduce the number of accidents,” said ZF CEO Konstantin Sauer.

This spread into new areas is now part of the way that CES evolves. This year, for example, there will be a new area focussing purely on sports technology.

“We have covered health and fitness technology,” said Fried, “but this time it will be about sport, looking at things such as smart venues and e-sports.”

Another new area this time will be a smart cities zone, in the open air. It will have its own conference programme and exhibitors covering city infrastructures, self-driving car demonstrations and sustainable living. “It is outside because we ran out of space inside,” said Fried.

Dedicated to IoT
There is also going to be a dedicated IoT area in the Westgate Hotel run for the first time by the IoT M2M Council. Called the IoT Infrastructure Exhibit, the pavilion will feature companies such as Avnet, Digi, Ericsson, Kore, Semtech and u-blox.

Avnet, for example, will be showing how it can help companies of all sizes take their technology innovations from idea to design to production. It will showcase end-to-end services and capabilities that help everyone from makers to professional engineers and large multi-national enterprises overcome the challenges of bringing new technology to market.

“Because IoT projects are so different from conventional IT, professional engineers, businesses and start-ups have struggled to incorporate IoT technology into their business models and ultimately into their products,” said Lou Lutostanski, Avnet Vice President. “Avnet has developed a full suite of IoT services to help customers overcome challenges related to design, connectivity, delivery, data analytics, project complexity and other issues. To date, IoT adoption has been slowed by the complexity of the IoT ecosystem, which Avnet has addressed and simplified through these IoT services and our technology partnerships.”

However, as the IoT spreads its influence into just about every vertical market, examples of the technology will be throughout the whole show. “IoT is everywhere,” said Fried. “Everything is getting smarter and more connected.” 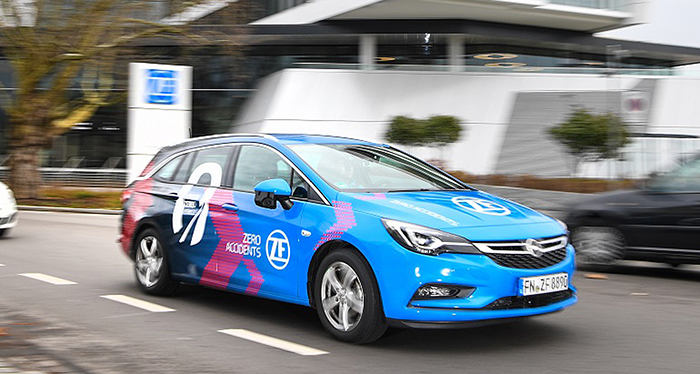 Above: The ZF Dream Car will be interpreting data from 9,200km away

The event is also not just for established companies. Eureka Park is the show’s area dedicated to start-ups. “It is our home for start-ups,” said Fried. “Last year there were 600 companies there - this year it is more than 900. It is one of the starting points for the media and for larger companies that want to see what is happening. We launched this in 2012 and it has been a wild success.”

This year, the start-ups come from 42 different countries. Most will be looking for funding from the many venture capitalists that will be wandering the aisles.

A rather unusual offering will come from Innomdle Lab, the first company officially to spin off from Samsung Electronics. It has developed a watch strap that lets someone make and receive phone calls by sticking their finger in their ear.

As usual, the show will have an impressive line-up of keynote speakers, kicking off with Intel chief Brian Krzanich and including Ford Motor’s Jim Hackett, Huawei’s Richard Yu, Qualcomm’s Cristiano Amon, Verizon’s Hans Vestberg and Baidu’s Qi Lu. Even soft drink manufacturer Pepsi gets a look in with Senior Vice President Kristin Patrick talking about brand development. “We also do keynote panels,” said Fried. “One will be on 5G and how it will enable the future.”

Who attends?
So who goes to the show? Well, despite its name, it is not aimed at consumers; in fact attendees are vetted to make sure they have business credentials.

“It is not open to consumers,” said Fried. “It is for thought leaders, manufacturers, CMOs, decision makers and executives. More than 3.4 billion miles of business travel are saved by people having meetings here. We are bringing the population of a small city into a city.”

Over the years, many trade shows have come and gone, some have even grown big before collapsing in on themselves, others have got left behind as the technology has moved forward, but CES has managed to reinvent itself and stay relevant.

“We put our customers first,” explained Fried. “We survey those that attend to find what is working and what is not, and what ideas they have. We have advisory boards that talk to the companies to see what they are doing and where they are going. This lets us develop the programme and the exhibit area.”

A good example of this is the Design & Source area to help companies find partners. “This came from talking with customers,” said Fried. “How do you get a product out? How do you find buyers? We have more than 800 companies in this area.”

Overall, Fried is expecting over 150 countries to be represented at the event, with 18 of those countries sending elected or appointed officials. “They will be looking for the crazy and amazingly cool technology,” she said.