The process of designing and manufacturing printed circuit boards (PCBs) can be quite lengthy. From prototyping to modifying the designs, the early stages can take the longest. Manufacturers often work with several companies as they coordinate acquisition, fabrication, and assembly. If anything goes wrong, the process can slow to a crawl. Here, Adrian Brito of Svtronics, a turnkey electronics manufacturing services provider, explains why turnkey PCB assembly is a necessity as companies often need a quick turnaround.

The key for manufacturers is to work with designers who can craft prototypes without errors. They work faster and can repeat their processes so the factory floor can quickly produce their designs.

With turnkey PCB manufacturing, a quick turnaround comes from integrating the processes that at once slowed it down.

Speeding the process with special software

The turnaround time speeds up because the engineer no longer has to work with Gerber files that are shared with several companies. With Gerber files, errors often occur. They can range from missing solder mask layers to incorrect PCB dimensions and undefined labels.

When errors are found, files are passed back and forth between the involved companies. This slows engineers and delays the manufacturing processes.

Instead of slowing the process by weeks or more, turnkey manufacturing uses a centralised production channel which reduces the possibility of errors. Engineers use CAD files and other specialised turnkey software.

Using an engineer and one production channel, manufacturing speeds up as fewer points of contact are needed. This reduces the time it takes to complete the prototype-to-production process. The engineer uses cloud-based software to speed up file sharing between the manufacturer and the client.

Another common issue with PCB manufacturing is selecting and acquiring components. Messages to and from vendors can have errors, and components often need to be returned or inspected. Shipping issues can also lengthen the acquisition time.

On the flip side, turnkey PCB assembly relies on a procurement specialist to flawlessly acquire necessary components. When a designer no longer has to worry about procuring components, manufacturers have one less link in the chain, so shipping and handling costs decrease. 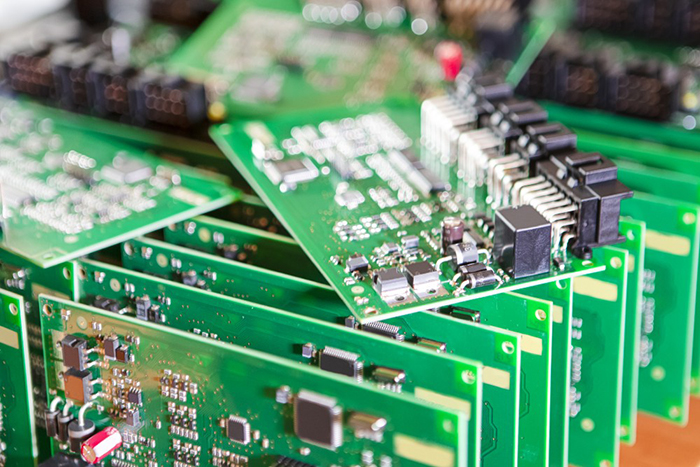 Once the design is approved and the components are acquired, assembly is next. In the typical process, assembly takes a few days, as long as the design files are error-free. But, with turnkey, the manufacturer has been the only one working with the production steps, so errors will not slow the process.

With turnkey PCBs, turnaround time increases because one company handles the entire process. Outsourcing engineering, component sourcing, and assembly takes time as errors and communication can add weeks and months to PCB manufacturing.

With a connected factory and specialised software, errors are reduced which speeds up turnaround time.

Consider the time it takes to develop and approve prototypes. In traditional PCB manufacturing, engineers might need to create up to ten prototypes. They need to be sent to clients or inspectors who test the components.

If problems exist, the prototypes have to be evaluated and modified. They are sent back and forth until the prototype is perfect. In some cases, individual components need to be tested and evaluated, which can slow down the initial prototype.

The prototyping process is much faster when turnkey manufacturing is embraced. Prototypes are usually correctly made the first time, as engineers and components are acquired in-house. The inspection process is done in-house, too.

Another aspect of PCB manufacturing that speeds up with turnkey assembly is quoting the project. As turnkey manufacturers use cloud-based software, design files can be quickly shared and quotes can be delivered with the same speed. Once the quote is received and approved, the process can begin.

The quick quote and final cost is usually less expensive than the quotes and costs in traditional PCB assembly. Having so few players in the game reduces personnel costs.

Shipping costs decrease substantially as prototypes, parts, and designs do not need to be expedited between different channels. Even the parts are less expensive, as in-house experts develop relationships with manufacturers who reduce costs to the PCB customer.