Our website is made possible by displaying online advertisements to our visitors. Please consider supporting us by disabling your ad blocker.
Home > Products > Sound waves studied in a simulated ocean
Test & Measurement

The Acoustics Research Group at the Department of Physics and Astronomy, Brigham Young University, Utah, USA has chosen Spectrum Instrumentation’s digitisers and signal generators to form the heart of its new underwater acoustics laboratory.

The new lab is a big step forward in research on sound waves travelling through water as it effectively provides a miniaturised version of the ocean. Experiments are possible on sound wave’s behaviour in different water layers and their reflections from the ocean’s most diverse ground materials such as rocks, sand, or mud. The miniaturisation means that the highest precision is needed from the measurement equipment as the experimental results are scaled up afterwards to indicate what would happen in the real world.

The new laboratory water tank is rectangular and measures 3.6m long by 1.2m wide with a maximum water depth of 0.91m. The research involves using a hydrophone for the signals or chirps which are generated by an Arbitrary Waveform Generator (AWG), the Spectrum model M2p.6546-x4. This PC-card generates signals with 24 V output swings that are then amplified before being broadcasted by a hydrophone. After travelling through the tank, the signals are detected by another hydrophone and processed by a Spectrum M2p.5932-x4 digitiser card. The transmitter and receiver are each held by a robotic arm that positions and orientates them within the water so that source and receiver can be positioned as required. 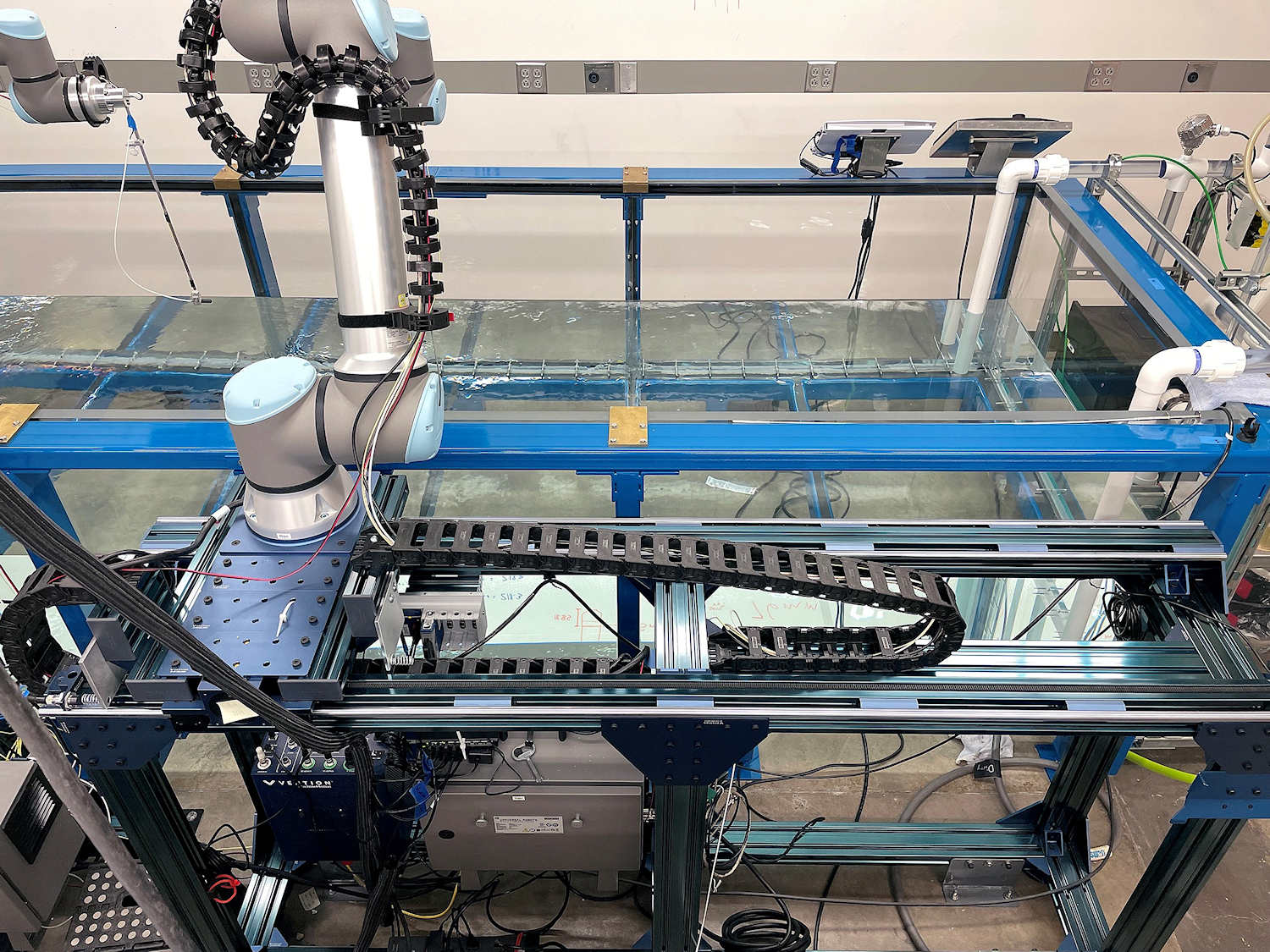 Figure 2: Mechanics of one robotic arm

The tank enables experiments to be done on how the seafloor affects sound waves bouncing off it. A pure rock bottom will have a different effect compared to sand or mud or layers of different materials. “It is even more complicated,” explained Dr. Traci Neilsen, the professor in charge of the project, “because water is not homogeneous. Changes in temperature and salinity change the sound speed and cause the waves to bend, similar to how a mirage happens. We plan to examine the impact of water temperature changes on machine learning for localising sound sources. These tank studies are more repeatable, efficient, and cost effective than ocean experiments and will allow us to develop techniques that can then be tested on ocean data.” 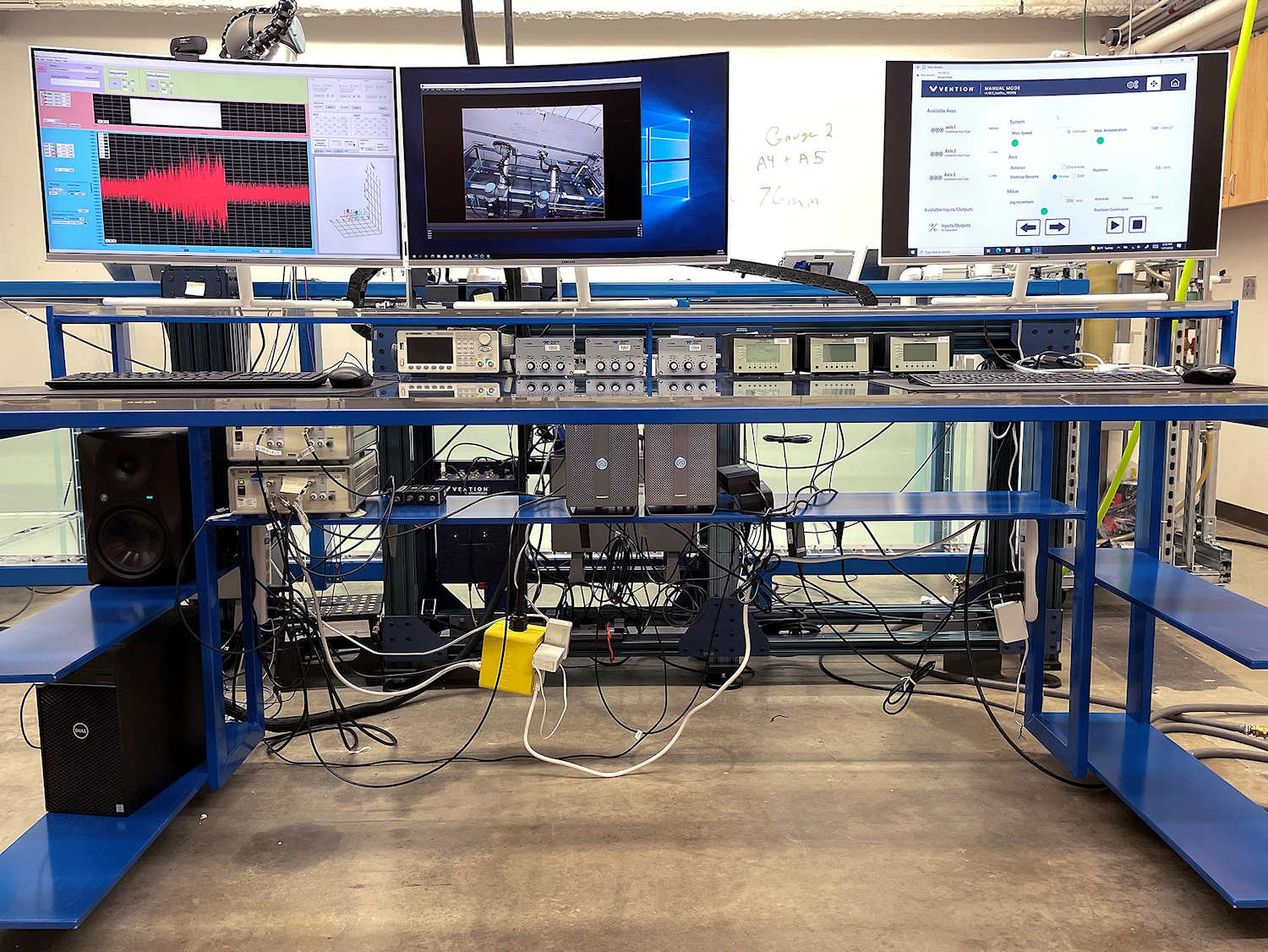 Figure 3: The control console with the two grey PCIe chassis in the middle

Adam Kingsley, the PhD student responsible for the acquisition software, said: “We chose Spectrum products because they have proved to be able to deliver the extremely high level of precision and synchronisation that we require. Because this tank is effectively a miniaturisation of a huge body of water, timing precision is vital for the results to be meaningful when scaled up.” 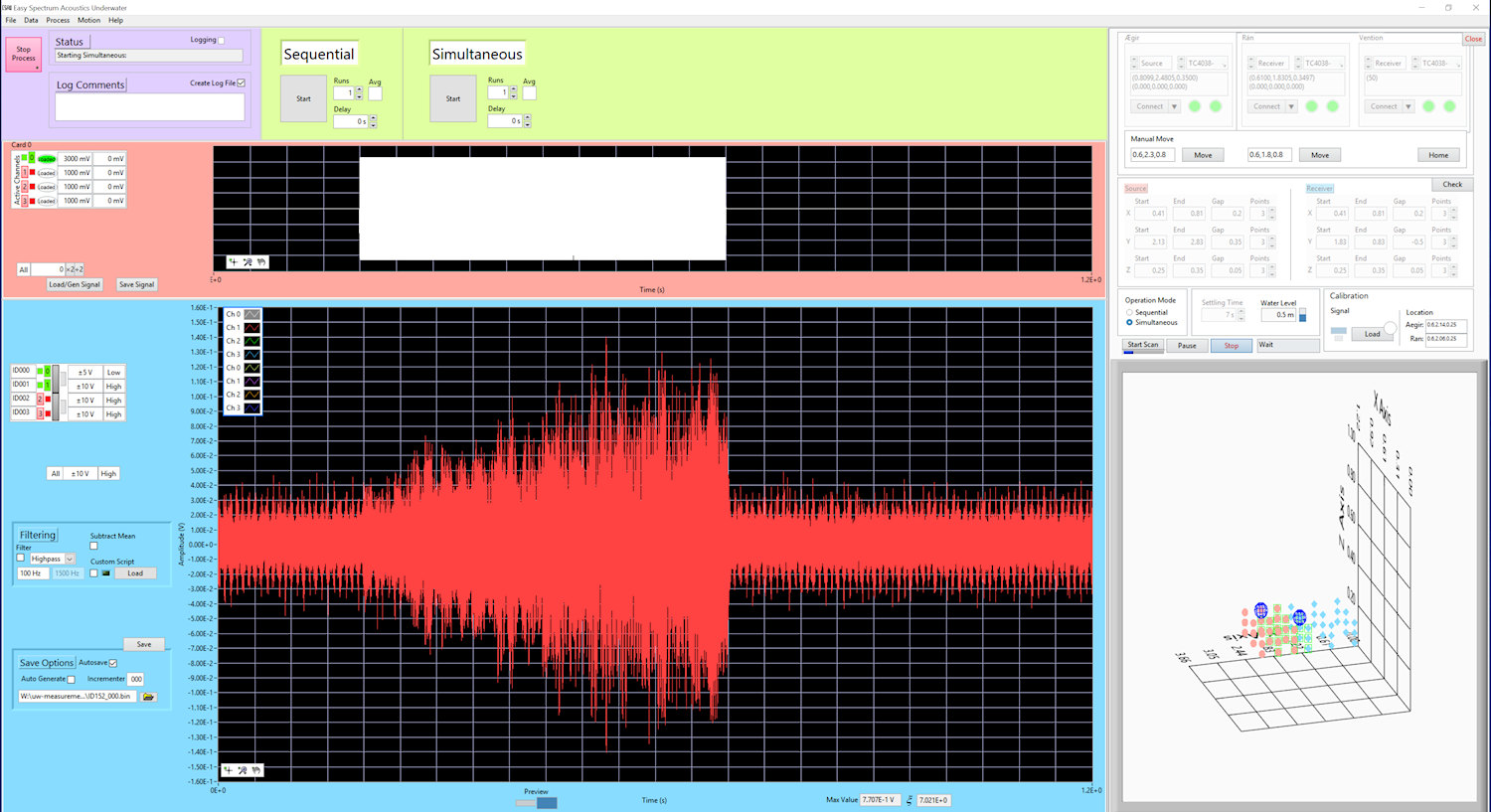 Figure 4: The ESAU software facilitates user communication with the Spectrum cards and the robotic arms

The pair of Spectrum PCIe-cards are housed in an external PCIe chassis in the main control console, accurately synchronised together using a Star-Hub module by Spectrum. The setup has a second identical pair of cards in a second chassis that can be triggered into operation by the first chassis.

This scaled experiment requires much higher frequencies in the kilohertz range, than would be used in the ocean. The digitisers and AWG cards have a high resolution of 16-bit and can even sample and output at rates of 40 Megasamples per second respectively, while the skew between channels is less than 100 pico-seconds. That delivers the high precision required for the experiments. The two UR10e robot arms, along with the signal generation and the data acquisition, are all controlled by a custom LabVIEW software program that was created by Adam Kingsley and is referred to as ‘Easy Spectrum Acoustics Underwater’ (ESAU).

A key part of the experimental set up is to model the open ocean, so special anechoic panels from Precision Acoustics on the sides of the tank reduce the reflections. A significant innovation was the design of a filtration and circulation pump by John Ellsworth, who is BYU Department of Physics and Astronomy’s Research Laboratories Supervisor. This pump keeps the water clean without creating bubbles in the tank, which are a significant source of noise. With all these preparations in place, impulse responses could be measured, making it easier to eliminate noise from readings when an experiment is being done. The precision of the Spectrum PC-cards with a Signal-to-Noise Ratio (SNR) of more than 71 dB ensures that the impulse response elimination gives accurate experimental results. 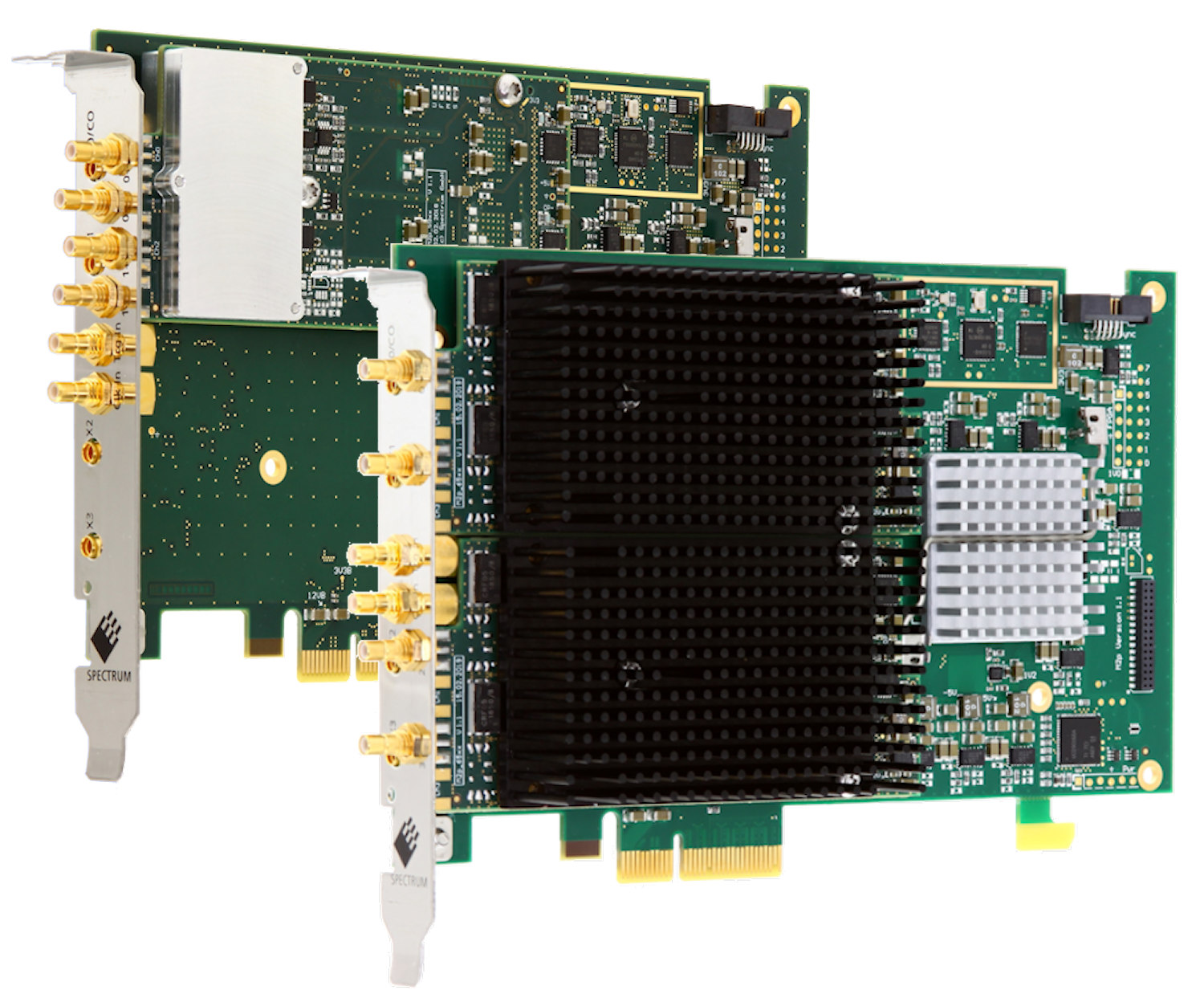