Ultrahaptics has  announced a Virtual Reality (VR) demo that showcases its mid-air touchless haptic technology. The unique demo is being unveiled at the VRX Conference & Expo in San Francisco (December 7th-8th).

Using a HTC VIVE headset, the demo allows users to feel virtual blocks that can be grabbed, thrown, tapped and nudged without the need to wear specialist accessories such as gloves or controllers.

Ultrahaptics technology uses ultrasound to generate a unique touch sensation, enabling users to ‘feel’ objects in mid-air, providing the missing sense to current VR solutions. The incorporation of touch offers a third dimension to a virtual setting, infinitely improving the user experience. Using a small array of ultrasound speakers the technology can create the feeling of virtual objects, switches and dials which float in mid air, or track the users fingertips, to create a truly responsive and enhanced user experience. The ultrasound can be focused on multiple fingertips at the same time, creating different textures and sensations on each.

“We are incredibly excited to launch this new demo at VRX and to be able to show the world that touch is the missing piece in VR,” said Steve Cliffe, CEO of Ultrahaptics. “When you combine the Ultrahaptics technology with good VR graphical effects, VR and AR developers can create a highly compelling sensation of touchless control or holding a virtual object. The future is limitless! Imagine feeling your way through a zombie-filled labyrinth or around the SpaceX Mars Station, or simply just being able to touch the objects in game-play – like pressing a button or pulling a lever, or making a catch in a ball game. This is the stuff of the future, and yet here it is!” 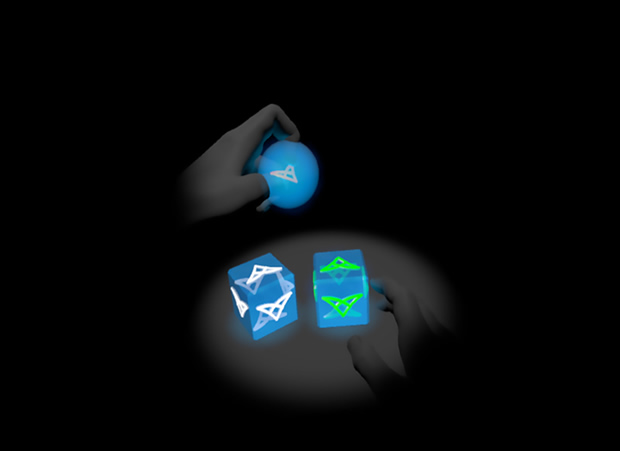 “It’s not just about being able to feel the ‘hard’ stuff,” explains Tom Carter, CTO and co-founder of Ultrahaptics. “Our technology also has the ability to generate ‘soft’ tactile sensations like air movement or environmental effects, which can be paramount to giving users a fully immersive experience. This is our first step into haptics for VR, and we are really looking forward to pushing the boundaries even further in the future.”

The Ultrahaptics VR demo will be available to experience at VRX at the Mission Bay Conference Centre, December 7th-8th 2016 where Tom Carter, CTO, is amongst the world's leading VR experts invited to speak.