The INNOposium, a Würth Elektronik and Texas Instruments forum for decision-makers in the electronics sector, was held for the second year running on 4th October 2016 in the Kulturbetrieb Wagenhallen in Stuttgart. This time around, the motto was “Sensorfusion – innovation in automotives and the factory of tomorrow”.

Before the industry experts took to the podium, Dr. Walter Döring, former Minister of Economic Affairs for the state of Baden-Württemberg, held the opening speech entitled 'Germany, Austria, Switzerland – top global innovation leaders'. He was followed by Dr. André Blum, Innovation Scouting and Project Manager of the Progressive Semiconductor Program at Audi, who talked about 'Sensor Innovations in Automotives'. Dr. Blum stressed the significance of radar sensors for driver assistance systems today and in the future and predicted that, by 2030, electronic components would account for 50% of the average production costs of an automobile. He also stressed the growing importance of sensor technology for autonomous production processes in automobile manufacturing.

Next, Dr. Hans Krattenmacher, Head of Electronics Development at SEW-EURODRIVE, presented the smart production processes at his company and described the impact of Industry 4.0 on everyday production. Digitisation, progressive supply chain planning and lean manufacturing principles are all interlinked in drive production at SEW in order to achieve “higher collaboration productivity between people and technology”, as Dr. Krattenmacher put it. Benedikt Rauscher, Team Leader R&D at Pepperl+Fuchs, delivered a further speech on sensor technology and Industry 4.0. 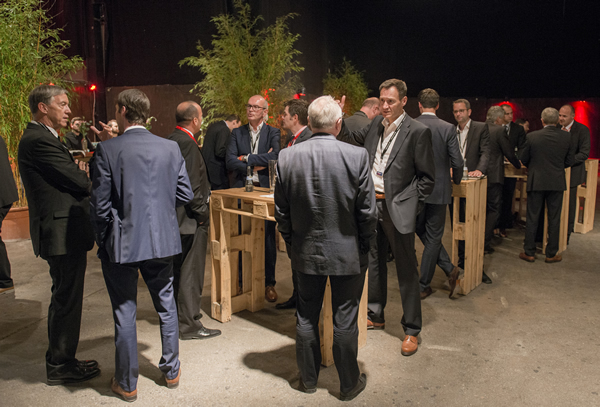 The evening was rounded off with interesting talks and discussions between the assembled decision-makers. A special highlight at the event was a Formula E racing car – next season’s model, in fact, that exemplifies the successful technology partnership between electronics manufacturer Würth Elektronik and the ABT Schaeffler Audi Sport racing team, and also symbolises the advanced innovation in e-mobility.

INNOposium 2017
The initiators, Würth Elektronik eiSos and Texas Instruments, have established a successful new industry gathering with the INNOposium. A preview of the 2017 agenda will soon be available.