Home > Industries > Wireless technology – where do I start?
Wireless

Wireless technology – where do I start?

There are many different wireless standards and protocols in use today, and it can be difficult to choose the right technology for any particular application. In this article, Dan Clement, Senior Principal Solutions Marketing Engineer, ON Semiconductor, will review four popular options: WiFi, the Bluetooth Low Energy protocol, Sub GHz proprietary RF, and the Green Power protocol from the Connectivity Standards Alliance(formerly the Zigbee Alliance).

Let’s start by looking at one of the best-known technologies: WiFi. We are all familiar with WiFi as we use it at home, work, and nearly everywhere else we go.  All of our devices - from computers and TVs to phones and laptops - all run on WiFi. Many vehicles and even global flights even have WiFi now.

According to the WiFi Alliance, WiFi will deliver over $3tn dollars of value to the US economy in 2021 alone.  WiFi is the backbone that connects us to the internet.

The latest WiFi standard is 802.11ax, otherwise known as WiFi 6. WiFi 5, or 802.11ac, brought tremendous improvements on the radio side. WiFi 6 brings additional improvements to the network and security side. WiFi 6 is the best performing version ever and is taking the world by storm. Below are the technical improvements in WiFi 6 and their benefits (Source: WiFi Alliance, 2021).

You may have noticed that this section is titled ‘WiFi 6E’. What is the ‘E’ for? The E represents 6GHz support, which is an amazing new feature that vastly improves network performance.

WiFi 6E offers two significant improvements compared to earlier WiFi generations. First, there is very little congestion in the new 6GHz band. This allows more efficient operation for all networks as the coexistence problems that are common in 2.4GHz, and now even 5GHz, are reduced. The other benefit is a large swath of spectrum is available in 6GHz, which allows for very wide channels and more of them. This creates a super highway of information flow where higher speeds and minimal latency are achieved. Starting in the US, the FCC approved the use of new unlicensed spectrum in the 6GHz band. Other regions, such as the UK and the EU, are also following suit. It is expected to be accepted worldwide very soon.

ON Semiconductoris a core member of the WiFi Alliance, helping define the standards and is at the cutting edge of WiFi technology with innovation and many patents. One example is the QCS-AX2 chipset family from ON Semiconductor, which is optimised for high-speed WiFi 6 systems, and offers tri-band support for the 2.4GHz, 5GHz and 6GHz bands. 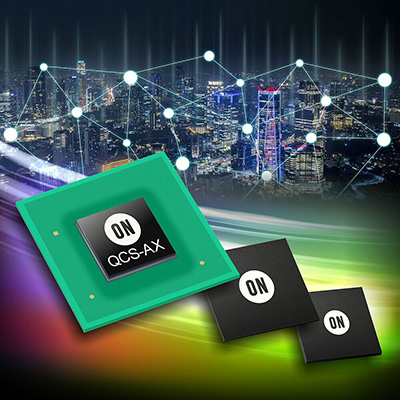 WiFi is and will continue to be a key technology today and well into the future.  Some say that 5G will replace WiFi, but it simply will not happen. WiFi is a perfect complement to 5G with similar speeds and latency but lower total cost of ownership.

WiFi is the perfect technology to transmit huge amounts of data, very quickly, and over a moderate range. This is ideal for streaming videos and controlling robots in nearly real-time, but is not a good fit when it comes to low duty cycle battery-operated nodes that are common in IoT.

The solution for these devices is often Bluetooth Low Energy, or Bluetooth LE.  Bluetooth LE is a low-power version of Bluetooth classic, which was extremely popular until recently. Bluetooth classic was created as a wire replacement technology because it was optimised for features including file transfer and audio streaming, both of which require higher speeds. Higher speeds consume higher amounts of power, and is not optimal for battery-operated IoT nodes.

As Bluetooth classic became more and more popular, it found its way into cell phones, where it remains today. As Bluetooth technology evolved, a low-power, low duty cycle version called Bluetooth Smart was created which is now known as Bluetooth LE. The timing was perfect because the IoT was quickly gaining momentum and smartphones already had a Bluetooth LE radio inside since many Bluetooth chips support both versions. Since all the end nodes are the ‘Things’ in the Internet of Things, and they need to get their data to the cloud to become Internet of Things devices, the Bluetooth LE radio in the phone was a natural gateway to bridge the technologies.

This is why over the last several years Bluetooth LE adoption has exploded.  According to the Bluetooth SIG, 4.5 billion Bluetooth shipments are forecasted in 2021. The main applications are in audio streaming, data transfer, location services, and networking.

The key benefits of Bluetooth LE are listed below.

Figure 2: RSL10 SIP from ON Semiconductor

The pre-certified RSL10 SIP from ON Semiconductor is based on the award-winning RSL10 radio. The System in Package (SiP) integrates the RSl10 radio, an antenna and all discrete components and crystals into a 6mm x 6mm package. The RSL10 radio has low power consumption, with a peak current usage of just 3mA for receiving and 4.6mA for transmitting (both at 3 V). It also has a deep sleep mode that consumes only 25nA. With its low power consumption, battery-powered solutions based on the RSL10 can run up to 20 years on a single battery.

The low power consumption of the RSL10 also enables energy harvesting IoT applications, where the power for a system is scavenged from the surrounding environment. In one example, a switch uses the RSL10 to send a signal when pressed, with the energy required derived from a piezo element. With no batteries or wires needed, this can be useful for building automation as a light switch, or a panic button in a factory setting, or even a wireless seat belt sensor in a vehicle. 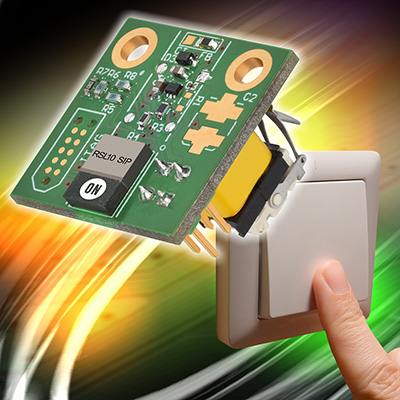 Green Power has a smaller packet structure with minimal protocol overhead.  This allows the airtime to be minimised, which saves a lot of energy. With the reduced protocol overhead, battery-free operation is easily possible.  Applications of this technology are similar to what Bluetooth LE can offer: emergency buttons, switches, sensors, etc. In fact, battery-free and maintenance free is really the panacea of the IoT.

The main driver limiting mass adoption of these energy harvesting designs are the costs associated with the harvester itself. As with any new technology, costs will continue to come down and the solution will find its way into the market. The cost, energy savings, and installation flexibility this solution provides is hard to ignore and provides tangible economic motivation.

In 2020, ON Semiconductor released a Strata-enabled Zigbee Green Power Kit. The kit is based on the NCS36510 SoC and consists of one Zigbee coordinator USB device, which interfaces with Strata and two energy harvesting nodes, which act as C.S.A. Green Power Devices.

The three solutions described so far (WiFi, Bluetooth LE and Green Power) are all standards-based protocols, which are managed and maintained by industry alliances, and are chosen primarily for device interoperability. Because of the brand awareness, consumers expect any product they buy with the respective logo to ‘just work’. Device and product certification is a key part of ensuring this happens.

While standardisation brings tremendous benefits, it is an ongoing process and required dedicated resources to ‘keep up’ as the standards evolve and change.  This is not necessarily a bad thing but should be considered when developing a product with a long-term roadmap.

An alternative approach is to build your wireless connectivity around a non-standard proprietary solution, with frequencies below 1GHz (Sub GHz). This can enable you to pick the most efficient solution for your particular requirements, without the possible cost or power overheads of a standard based solution. The proprietary protocol can be as simple or complex as is required, with no need for expensive certifications or membership fees, and no forced updates to keep up with evolving standards.

Another advantage of Sub GHz proprietary is the longer range due to the lower frequencies. The lower the frequency the farther a signal can propagate. In some applications it is more economical to build a star network using Sub GHz proprietary than a mesh of 2.4 GHz Bluetooth LE or Zigbee nodes.

In this article, we have reviewed several wireless connectivity solutions and explored their high-level benefits. Understanding what technology is available and the benefits they bring is the first step when scoping a new wireless product design.

In a follow-up article, we will provide more depth around trade-offs that you also need to consider when designing a wireless system.