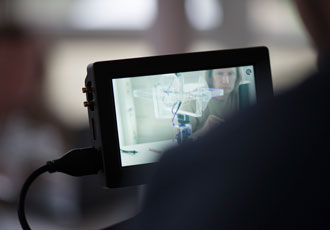 Through sponsorship of designers across the globe, RS Components aims to inspire the next generation of engineers and designers, using simple ideas to illustrate wide-reaching capabilities. To inspire R&D engineers, students and young engineers about the great things that can be done with individual components and technologies available from RS, the company is sponsoring designers across the globe with some interesting and very cool projects.

One such designer is German Norbert Heinz, who has been experimenting with motion control applications for many years, providing inspiration for his 50,000 followers on his popular YouTube channel.

One of his recent high-profile projects, Winchbot, has been sponsored by RS, with the company supplying various off-the-shelf components, such as motors and drives and development boards, including Raspberry Pi and Arduino.

Norbert Heinz´ Winchbot is a robot concept that anyone can make, with the plans, build instructions, bill of materials and RS parts list (with direct links to RS-supplied components) being available on the HomoFaciens website here.

It takes the form of a suspended equilateral triangular frame, which uses three motor-controlled winches at each of the vertices to shorten or lengthen cables, which, in turn, move a slider on a central pivoting square rod (held in position by a centrally mounted bearing). This motor/cable combination moves the robot’s gripper module (positioned at the lower end of the square rod), allowing it to be positioned within a working envelope below the triangular frame.

The gripper assembly uses five servos. Two are used to align the robot arm parallel to the plain below the robot (X and Y axes), another is used to rotate the gripper, a fourth tilts the gripper and the final one is used to open and close the gripper’s jaws. An Arduino Uno controls the three winch motors using H bridges and optical sensors, while a Raspberry Pi carries out all the motion calculations, with real time motion/jogging being achieved by a wireless keyboard.

The video on the HomoFaciens website (which has over 30,000 views) show the first iteration of the Winchbot in action, but the newer Winchbot 2.0 delivers smoother and a more precise control through the use of higher-specification stepper motors instead of the roughly moving DC motors with encoder feedback. It also has the capability to be controlled remotely via a phone or tablet via a webserver running on a SIMATIC IOT2020 and can send diagnosis data to a remote screen or send an email, in order to monitor critical system data, helping to trigger maintenance events. This combination of technologies highlights how even basic off-the-shelf components and structures can plug into the Web and exploit IoT capabilities.

RS supplies the majority of the primary components, including the Arduino Uno and Raspberry Pi (+ touchscreen), the servos and geared DC motors, H bridges, optical sensors and diodes. Winchbot 2.0 uses a SIMATIC IOT2020 instead of the Raspberry Pi + Arduino and has no touchscreen directly attached. It’s controlled through the web interface with the server running on the IOT2020. Norbert Heinz also sourced various hardware components from RS too, including polycarbonate plates, bearings, gear wheels and the threaded rods and nuts.

Both RS and Norbert Heinz want to further inspire curious engineers and students by giving them the opportunity to program and operate Winchbot 2.0 at this year’s SPS IPC Drives tradeshow, which takes place in Nuremberg, Germany from the 28th to 30th November. Winchbot 2.0 will be shown in action on the RS booth and visitors will get a chance to speak to and ask question of Winchbot’s developers. Indeed, young engineers and students will have their own dedicated day at SPS Drives on 30th November.

The popularity of Norbert Heinz’ projects, and the huge number of video views, form a clear indicator that there is a real appetite out there for projects like these, especially ones that can be created relatively easily using easy-to-source components. The Winchbot 2.0 is especially interesting considering its deployment of remote access and programming and the way it highlights the capabilities of the IoT in an incredibly simple but effective manner. Even though the application may look small compared to typical industrial robots, the principles behind it can be adopted for various professional solutions. An advantage of the WinchBot design is that it can be scaled up easily by simply using longer cables. Another advantage is that it is hanging on the ceiling, thus no components are on the ground. It could be described as a sort of a 'sky' crane, for example. It’s all just a matter of scale.

RS offers multiple levels of products for projects such as this, from simple mechanical fasteners, through geared motors and servos, all the way up to processor and microcontroller development kits. Its DesignSpark website also offers, support, advice, forums and ideas for future projects.