Our website is made possible by displaying online advertisements to our visitors. Please consider supporting us by disabling your ad blocker.
Home > Products > Digitisers used for road-radar to detect wild animals
Sensors

Every two minutes there is an accident caused by wildlife on German roads at a cost to the insurance industry of more than €600m in 2015 alone. To address this, the Universities of Applied Sciences of Ulm and Heilbronn along with industrial partners have created 'SALUS' to help detect wild animals.

With a mix of radar, optical cameras and infrared sensors plus neural networks, a machine-learning-system is designed to be able to differentiate between pedestrians, cars, bicyclists, motorbikes, deer, foxes, wild boar etc. predicting the behaviour of these objects.

The system then sends warnings to car drivers and other road users to prevent accidents. The data of the micro-Doppler radar is gathered by a Spectrum Instrumentation PCIe digitiser card M2p.5926-x4 that provides the required number of channels and bitwidth.

Professor Dr. Hubert Mantz from the Ulm University of Applied Sciences, who is one of the leaders in the project, said: “Car manufacturers are installing driver assistance systems starting with high end models but this will take time to filter down to other models. Similarly, high end motorcycles are starting to have such functionality but limited installation space will mean that it will be very difficult to achieve anything comparable to a car-based alert system.

"The aim of our project is to have small installations by the roadside that detect hazards and communicate this to vehicles as they approach. In addition, for road users without in-car warning displays, road lights could be turned on to highlight the area of the hazard and/or warning notices illuminated. Project SALUS detects and warns of the harder-to-see hazards and should significantly improve road safety.”

The technical demonstrator system will be able to measure simultaneous data from three sources - radar, optical camera and infrared camera. Additional sensors could be integrated, for example, to measure pollution levels, which has already generated commercial interest from companies in the Project’s consortium.

The project envisages widescale deployment of these self-contained units as posts beside roads across Germany, which means that they must be inexpensive and solar powered. The latter is particularly important for rural areas where mains electricity is not readily available and the need for such a warning system is greatest as street lighting is scarce. 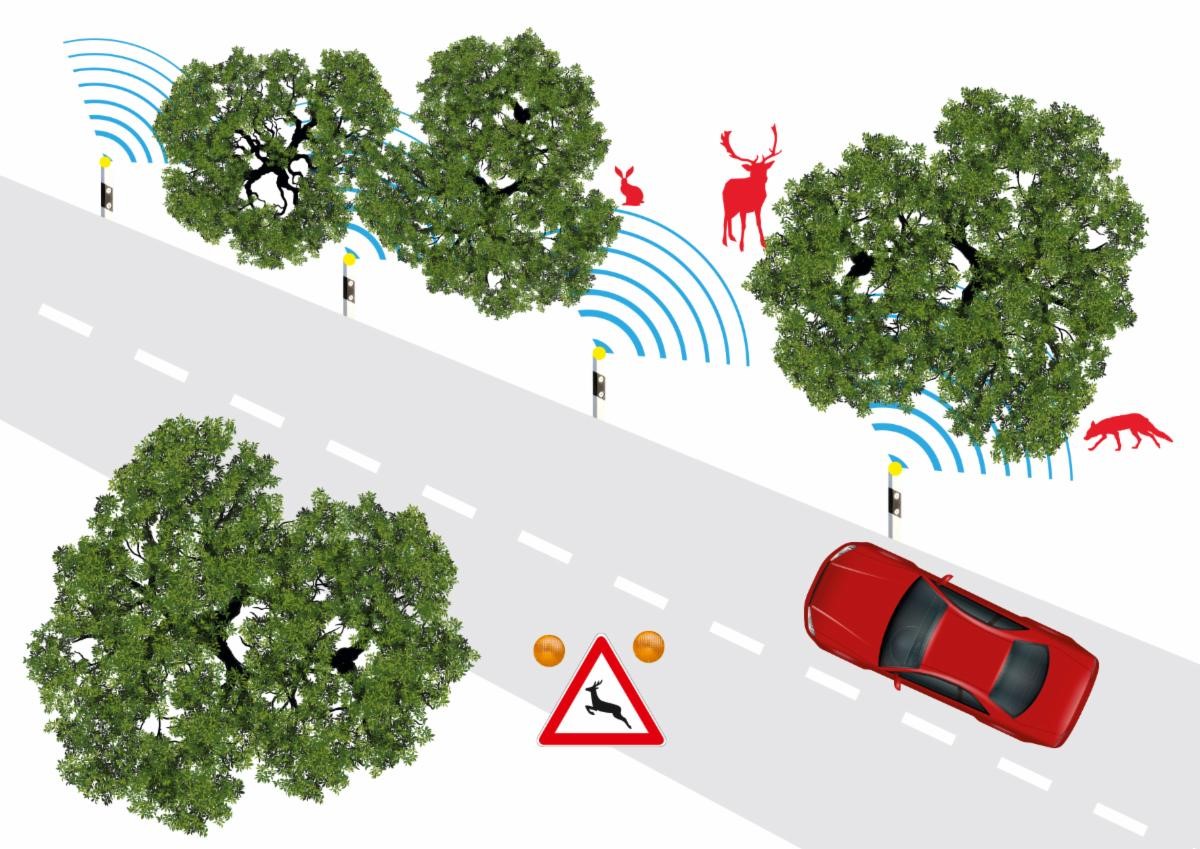 This also means that the communication system between units to form an intelligent transport infrastructure must be low power so Long Range Wide Area Network (LoRaWAN) is used as it can reach up to 40km in rural areas. This standard is characterised by its low energy consumption, and is based on unlicensed frequency bands and therefore available at low cost.

“We are using neural networks to develop the machine learning that enables the system to differentiate between e.g. bicyclists, cars or deer. This takes it far beyond pure motion detection,” added Professor Mantz.

“We are at the critical part of the project which is the classification of detected objects, which has never been done before. With this, the system will be able to predict the movements of objects which adds incredibly useful, real time intelligence to the system enabling it to foresee how a hazardous situation could develop. We chose the Spectrum PCIe digitiser M2p.5926-x4with 16-bit, 4 differential channels and 10MHz bandwidth.

"It gathers the information to teach the system as it enables us to process all the data we need simultaneously in real time. We have found it to be very easy and intuitive to use which means we can focus on the project rather than programming it. Most importantly, it comes with a five-year warranty so we don’t have to worry about any issues of maintenance and repair unlike other companies’ standard offering of only one year which could mean additional costs if their equipment goes wrong.”

Oliver Rovini, Spectrum’s CTO, added: “Universities and research institutions run projects and experiments that can take years so they have to know that they can rely on every part to work perfectly for the lifetime of the project. Spectrum products are built to last for many years. Our included five-years warranty is part of this philosophy, as well as free software and firmware updates for the whole lifetime of the product and support directly by our design engineers.” 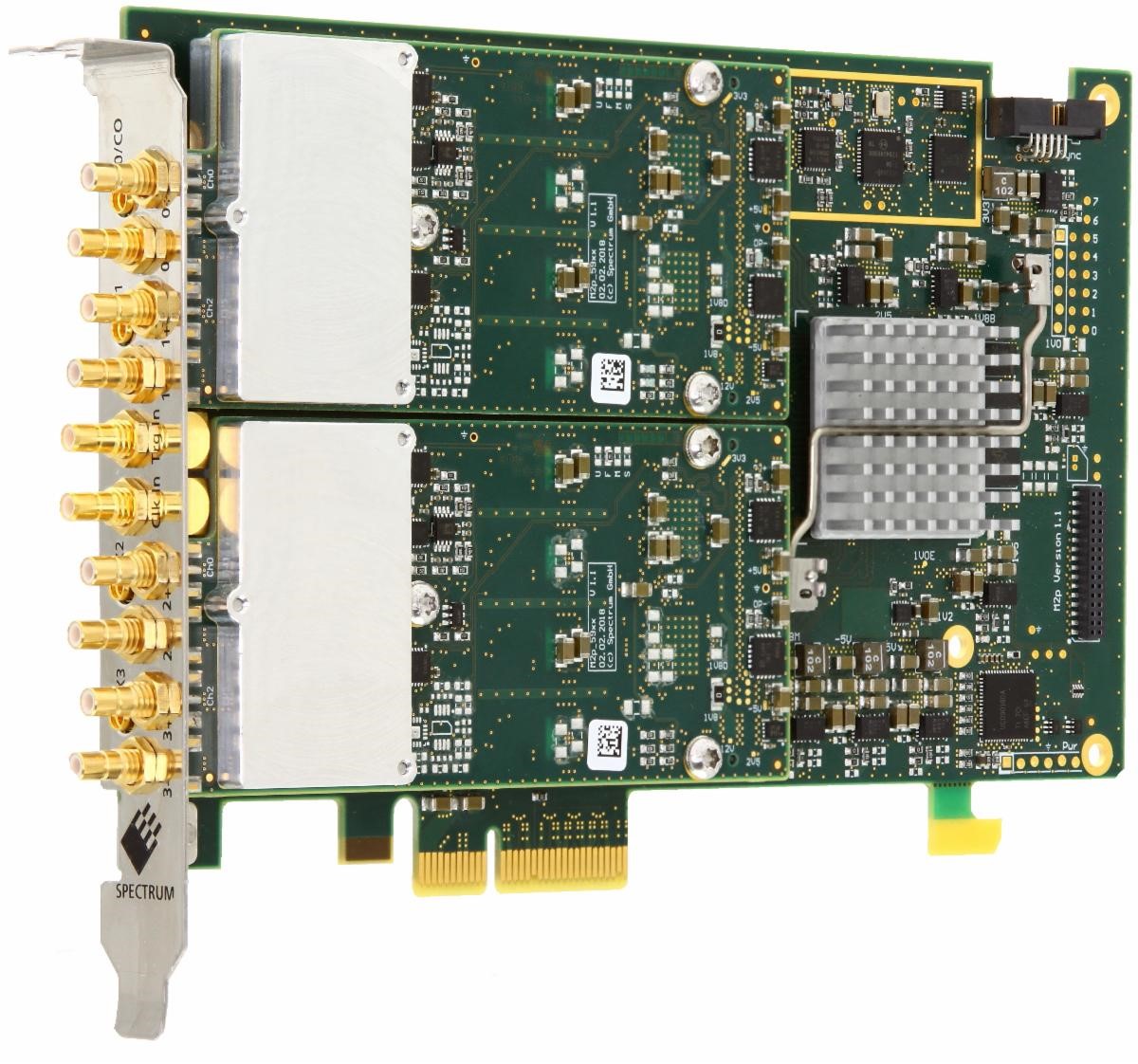