The high end of guidance from the non-memory companies shows the potential for close to double-digit growth. Excluding Infineon, the high end guidance ranges from 9.1% from Broadcom to 15.4% from Qualcomm.

Recent forecasts for the semiconductor market reflect this strength. WSTS's June projection was 11.5% growth in 2017, a high number for an organisation which tends to be conservative in its outlook. Other recent forecasts range from 16% (for the IC market) from IC Insights to Semiconductor Intelligence's updated projection of 18.5%. 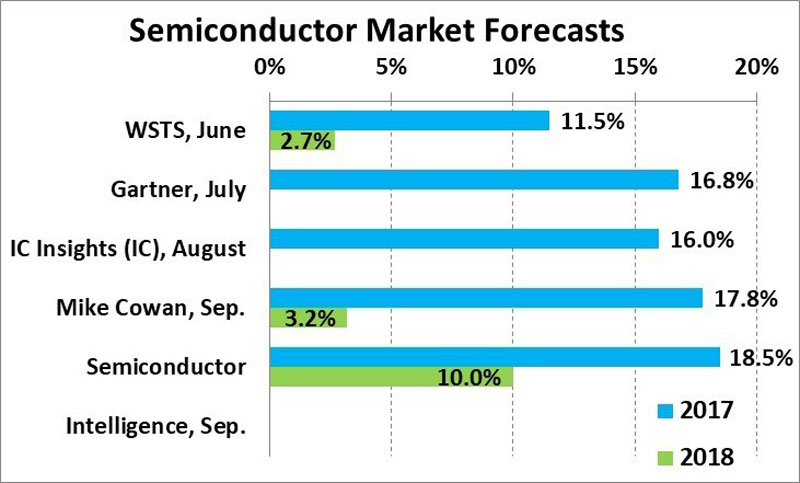 The available forecasts for 2018 generally call for a significant slowdown in the semiconductor market. WSTS expects 2.7% change and Mike Cowan's latest projection is for 3.2% change. The updated outlook at Semiconductor Intelligence is ten percent growth in 2018. The higher number is based on several key assumptions: