In the last two decades electronic devices have seen a fundamental change, and so has user behaviour. Now people have more devices than ever before and they often run off the same circuit. From standard home appliances, laptops, gaming consoles, to lighting, the load on household cables is becoming increasingly higher. Thomas Kruse, Product Manager at reichelt tells us more...

And this is only set to increase as we move closer to smart living, in connected homes with voice controlled thermostats and mobile controlled security sensors, placing unprecedented strain on existing electrical installations. Already, 25% of UK consumers own at least one smart device.

1 in 5 installations are inadequate
The high load on cables, caused by the increasing number of devices, can lead to dangerous cable fires or even electric shocks if the cables are outdated - even when using additional connector strips. According to reichelt’s recent research of UK household installations, 19% of UK homes experience electrical overloads. This is particularly common amongst millennials.

On average, domestic electrical installations in the UK are 19 years old meaning they were installed at a time before connected devices, smart homes and high energy consumption became prevalent. These ageing installations are struggling to cope with the electrical demand that we now see as necessary to our everyday lives. With our always on, always connected lifestyle, we are putting systems under extreme pressure and forcing them to cope with demands they were simply not designed for.

Surprisingly, the research also found that the majority of UK respondents are well aware of the danger of electrical overloads – 71% of participants said they were aware of the risks of out of date electricity installations, yet 42% say they have no plans to upgrade the electrical wiring in their home. 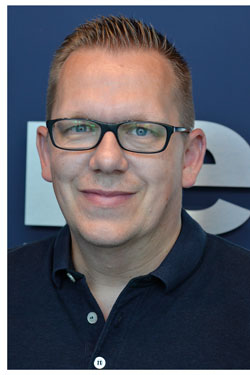 This awareness yet lack of urgency to take action to protect homes against electrical overload is cause for concern, as it highlights a gap in understanding about what homeowners can do as well as the severity of the issue in the long term.

Rocky foundation for smart homes
As we move closer to the era of smart homes, with more and more IoT devices and ways of living being developed, how can households expect to be able to adopt this new way of living without the electrical foundations in place? The enthusiasm for smart living is there as technology develops and consumers’ understanding of how it can enhance their lives improves, but home electrical installations need investment to keep up, as technology will only become even more prevalent in our lives.

reichelt’s research highlights the urgency of investment and upgrades required in UK households if we are to adopt smart home technology fully. Investment in efficient electrical systems is urgently needed for the younger generations to cater for the increase in device usage. Among the 25 to 34-year-olds, 19% have already experienced slight overloading of the domestic electricity network in their home, while the 55+ age group accounts for only 6%.

It’s the younger generations who will be adopting the smart home way of living and growing up with this technology as the norm, meaning that homeowners need to address the issue now to ensure that a safe and fully functional electrical system is available for future generations and their predicted connected way of living.