Battery-powered devices benefit from a sense of hearing

Battery-powered consumer electronics will soon benefit from the AI sense of hearing thanks to a partnership between Audio Analytic, Vesper and Ambiq Micro. Combining each partners’ respective technology will allow manufacturers of battery-powered devices, such as smart home cameras, motion sensors, wireless speakers, headphones, video doorbells and smart door locks, to embed the ability to recognise important domestic audio events with minimal impact on battery life.

Example applications include the ability to detect and react to smoke alarms, CO alarms and windows being broken to boost smart home security and consumer peace-of-mind, as well as many more opportunities outside the home.

Battery-powered devices already successfully launched in the market include portable smart home cameras, smart locks and stick-up motion sensors. Significant innovation means that these devices can deliver up to one or two years before the batteries need to be replaced.

These products, from Blink, Nest, Ring and Yale, have set consumer expectations around battery life. As a result any new functionality can’t impact on these figures. By upgrading their hardware, consumer tech brands could enhance functionality and value through sound recognition without impacting on battery performance.

Due to its extensive work and research in sounds, Audio Analytic was able to use real world data from a diverse range of home environments in order to accurately model battery performance. 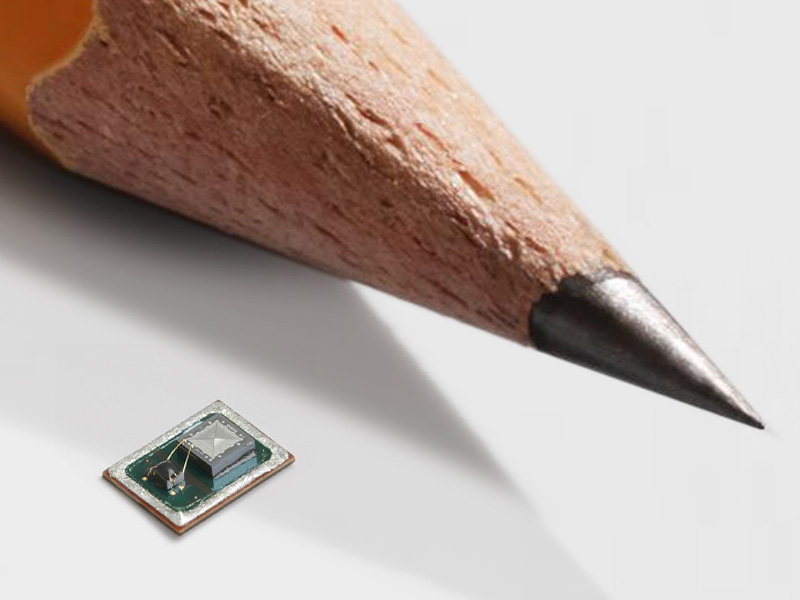 Image: One of Vesper’s piezoelectric micrphones

“We’ve built the world’s largest audio dataset for machine learning called Alexandria. As well as target sounds, the dataset also contains environmental sound data from volunteers. This means that we can accurately model these environments and help our customers meet their targets for battery life,” commented Audio Analytic CEO and Founder Chris Mitchell.

Beyond the growing smart home market, battery-powered sound recognition opens up opportunities for other applications, including headphones and large-scale IoT sensors. For example, a battery-powered sense of hearing enables headphone manufacturers, who are targeting around five hours of battery life, to add innovative context-aware sound recognition to products, thus enabling wearers to get lost in their music but still stay in touch with the world around them.

Mitchell added: “Our research shows that consumers are largely positive about artificial intelligence’s role in helping them. They also want flexibility and an easy route to installation. Devices that require wires or even professional installation can present barriers to adoption. So if you can offer cutting-edge AI and still enable consumers to immediately benefit from their purchase then we see that as a win-win.

"Companies like Amazon-owned Blink and Ring, Nest and Yale are all selling battery powered devices, so we expect to see this trend increase. Adding AI capabilities like sound recognition enables these devices to evolve from smart to intelligent.”

“Extended battery life in connected devices is the future of IoT,” said Matt Crowley, CEO of Vesper. “Our piezoelectric MEMS microphones, combined with AI and power-optimised technology, will breed a new generation of intelligent devices. Our proprietary Zero Power Listening enables devices to conserve battery by remaining in full power down mode until awoken by a wake word or another acoustic event, increasing battery life from hours to years.”