Offering small size, low power consumption and affordability, MEMS microphones are chosen by designers for a wide variety of applications including tablets, desktop computers, headsets and teleconferencing terminals, as well as specialist equipment such as environmental noise monitors and equipment for surveillance and law enforcement.

The normal response of a single MEMS microphone is omnidirectional, capturing sound equally from any direction. This can be a strength in some applications, such as where a fixed microphone must capture sound from a moving source.

Beamforming to boost audio performance
Many applications, however, involve capturing sound from a specific subject, such as a person speaking in the direction of the microphone.

In these cases, excluding ambient noise or other unwanted sounds is desirable to enhance the overall audio performance. This requires a directional response that can be achieved using two or more microphones configured as a beamforming array. Signal processing such as amplification, delay insertion and filtering is applied to their outputs to boost the wanted signal and attenuate unwanted noise (figure 1) 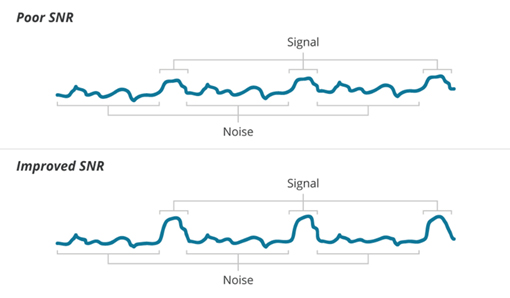 The broadside array and endfire array are two examples of simple beamforming arrays. In either case, correctly optimising the signal processing applied to each microphone output is critical to achieve the required directional response. For this to happen, the sensitivity and frequency response of the microphones in the array need to be closely matched or individually characterised.

Fortunately, MEMS microphones are fabricated using semiconductor processes that ensure minimal spread between these parameters. CUI Device's analogue and digital MEMS microphones have sensitivity tolerances as low as ±1dB, making them a strong choice for use in beamforming applications.

Broadside arrays
A broadside array is often used in equipment such as a television or PC monitor. The source of the desired sound, typically the user’s voice, is expected to be located directly in front of the screen. To create the broadside array, the enclosure provides a convenient place to situate the two (or more) microphones so that the array’s axis is perpendicular to the direction of the sound wave (figure 2). 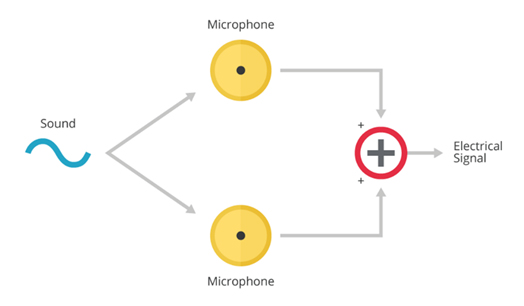 Figure 2. The axis of a broadside array is perpendicular to the direction of the sound wave.

The signal processing in a broadside array can be basic, simply summing the outputs of the microphones: sounds from the preferred source will arrive at each microphone simultaneously and hence are summed constructively to produce a large electrical signal, while those coming from other directions will reach the microphones at different times, resulting in a smaller sum.

Although the broadside beamformer is effective at attenuating unwanted sounds to the left or right of the array, the response to sound coming from directly behind, above or below the array is the same as the response to sounds from the preferred direction. In an application such as a wall-mounted television or a PC monitor, only minimal sound is expected to come from these directions.

Endfire array
Where a beamformer is required to attenuate audio sources from behind or to the sides, an endfire array may be the most effective configuration. Here, the axis of the microphones is arranged in line with the direction of the desired sound wave. The wave arrives at the second microphone (and any subsequent microphones) after a short time delay. Summing the response of the first microphone with the delay-compensated output of the others (figure 3) results in constructive summing of an on-axis source located in front of the array while signals from other sources sum to a lower value. 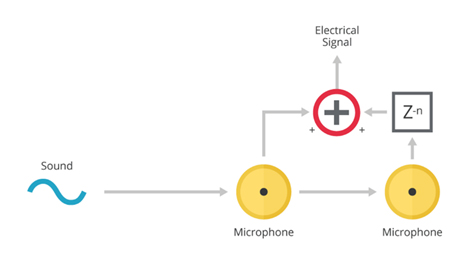 Figure 3. The endfire beamformer compensates for the time delay and sums the microphone outputs.

This behaviour enables the endfire beamformer to attenuate signals from behind the array as well as to the sides. Because the array must be physically oriented towards the desired sound source, typical applications include handheld microphones for television or radio that are designed to be pointed towards a person talking or singing and capture only that sound.

Locating sounds with beamforming
By detecting the time difference for a waveform to reach each microphone, a beamforming system can be configured to determine the direction of sound relative to the array and to help pinpoint its origin. This is often achieved by arranging microphones on the perimeter of a notional circle or sphere (figure 4). 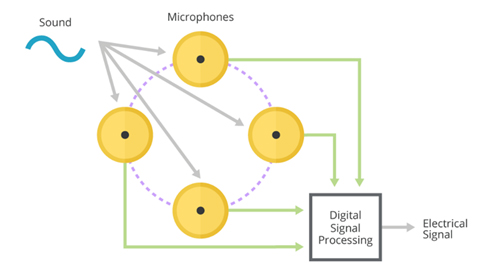 Figure 4. A beamforming array can be used for sound location and recognition.

In this configuration, the time difference between the responses of the individual microphones permits the angle of the soundwave to be calculated relative to the axis of the array. A common application for sound-location beamformers is in military or law-enforcement equipment designed to locate the source of gunfire. Digital Signal Processing (DSP) algorithms are applied both to identify the sound of the gunshot against other background noises and to determine the direction of fire.

Conclusion
Although the omnidirectional response of individual MEMS microphones is useful in some situations, many audio applications require a directional response. This can be achieved using beamforming arrays in various configurations; the optimum depending on the application and the response required. A simple beamforming array can be formed using two microphones, although larger arrays comprising a handful to several hundred microphones are used for specialised applications such as research or security surveillance.

Read the blog: Analogue or digital? How to choose the right MEMS microphone interface