Cows have a field day

Relying on many different technologies, the farming and agriculture sector will become increasingly technical as it strives to increase productivity and meet the demands of a growing world population. Distributing electrical power around farms brings some special requirements, which enclosure manufacturer Spelsberg is well equipped to address.

Many people are surprised when they realise that electrical installations and equipment within agricultural environments are exposed to mechanical, thermal and chemical loads as high as, or higher than, average industrial settings. As an example, when livestock is kept indoors, even if it is only overnight, the ammonia and humidity levels build up in the atmosphere to the point that it can accelerate corrosion of susceptible materials.

Similarly grains harvested by arable farmers create large amounts of dust which can become problematical in storage buildings and silos, while beets and other root crops also generate dust because of the drying out of soil adhering to their surfaces. Straw not only creates dust, but is also highly flammable - yet it has to be stored under cover and kept dry.

Often farm buildings are unheated so extremes of cold can be experienced during the winter, while in the summer months internal temperatures can build up until they are significantly higher than those outside. Finally there is the ever-present possibility of mechanical shock, which can come from a clumsy cow, a dropped hand tool or a reversing tractor.

All of these possibilities mean agricultural installations can be very demanding on equipment such as electrical enclosures. The demand for high-performance electrical equipment within all areas of farming has been growing rapidly for some decades, including forced draught ventilation and even air conditioning, electronically controlled feeding systems, animal and environment monitoring systems, lighting, pumps, sprinkles, etc.

Robust industrial-quality electrical enclosures are generally the only sensible choice in such demanding environments. These will have been tested and certified to confirm their suitability of use in demanding industrial environments, and indeed there are similar standards and regulations operating in the agricultural industries that must also be met.

Many of the standards pertaining to agricultural equipment will be applicable across Europe, with many of them based on specifications originally drawn up by the German Agricultural Society (Deutsche Landwirtschafts-Gesellschaft or DLG). With its origins in Germany, enclosure manufacturer Spelsberg has incorporated the DLG specifications into many of its products and developed enclosures that are reliable, long lasting and fully suited to agricultural installations.

Spelsberg enclosures that bear DLG certification are able to withstand an ammonia concentration of 750ppm (parts per million), an air temperature of 70°C and air humidity of 70% during the course of 1,500 hours continuous testing. They are therefore suitable for use within the agricultural sector. 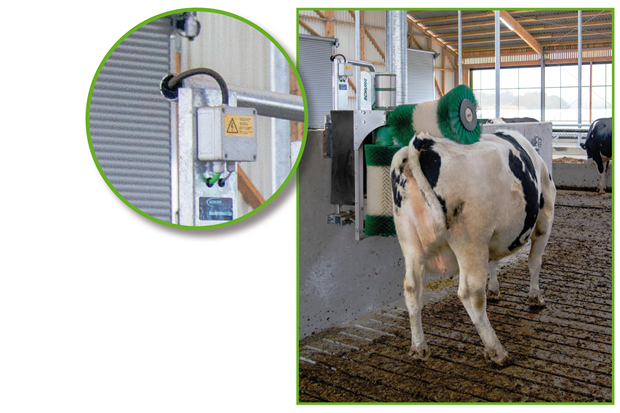