How much physical activity is needed to power household devices? 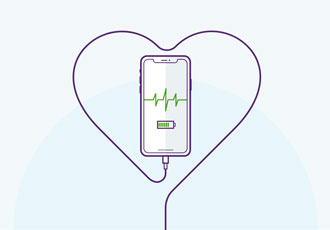 With many household devices listing watts and energy bills listing kilowatt-hours, it can be difficult to put energy usage into context. To help, MoneySuperMarket has put together a report to compare how much physical exercise is needed to power household and personal appliances.

The most energy-consuming product in many households is a tumble dryer, which can use up to 2.5kW hours per use. This equates to almost nine hours of lifting weights or two hours of running to power just one cycle. On the other hand, to power a single 100W light bulb for a year would require nearly six straight days of running, or more than nine consecutive days of playing tennis or football.

Walking for two hours is enough to power a gas hob for 18 minutes, your fridge freezer for one day or a 32” LCD TV for an average day’s viewing (i.e. four hours). With six hours of walking required just to power these three appliances alone each day, would you re-evaluate your consumption?

In terms of other activities and devices, the time it would take in exercise to physically power your life could include:

The report also reveals that 22% of UK residents applying to change energy provider do not know how much energy they are consuming in their home. Of that group, 53% are homeowners, with only 15% of renters in the same group unaware of their usage.

Stephen Murray, energy expert at MoneySuperMarket, commented: “It’s not always easy to know how much energy you’re really using in the context of your bill. Most Brits probably know how far a litre of petrol or diesel will take them in their car, but they’re less likely to know how much heat a kilowatt of gas will give them, although a greater understanding of how you use energy and the market available could help lower costs significantly.

“By comparing different energy suppliers and not just the Big Six, consumers can give themselves a chance of getting a better rate and find a plan that suits their monthly energy expenditure.

“There are also several small changes that can be made around the home too, to bring down usage. For example, turning unused devices off at the plug, replacing old appliances and using energy-saver lightbulbs.”