Our website is made possible by displaying online advertisements to our visitors. Please consider supporting us by disabling your ad blocker.
Home > News & Analysis > The story of women in motorsport
Analysis

The story of women in motorsport

Few sports have a more masculine image than international motorsport, and it’s one that has taken a considerable amount of time and effort to shake off. However, more and more women are becoming involved in this sport that demands intelligence, perseverance and lightning-fast reactions.

Some countries are providing a more hospitable environment than others when it comes to promoting women in motorsport. As recently as the 1960s, the total number of female racing drivers across the entire globe was in single figures. This despite the inspirational Italian, Maria Teresa De Filippis leading the charge as the first woman to compete in a Formula 1 Grand Prix in 1958.

By the 1980s, there was still plenty of room for improvement, but the number of women vying for the podium had rapidly increased. It was during this decade that Michèle Mouton and co-driver Fabrizia Pons became the first women to win a World Championship rally at Sanremo.

Fast-forward to the modern day and the total number of women on the circuit is hitting close to four figures. The map below shows the global breakdown of women in motorsport. 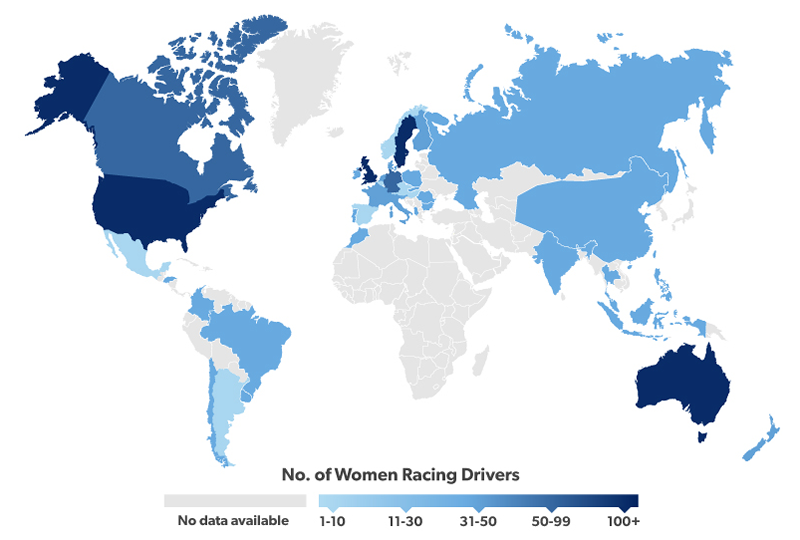 Of course, driving isn’t the only career in motorsport. The driver is just one cog in a much larger machine, and each highly talented team member plays a crucial role and shares in the success. Roles range from the deeply technical, such as engineering and software development, to the business-focused, such as marketing, finance and legal.

Whatever the role, motorsport is a competitive field – both on and off the track. Hopefuls will need a keen eye for details, great passion, team spirit and the ability to cope with a high-pressure, fast-paced environment. Ultimately, they will play their part in not only propelling their team to victory but also keeping the driver safe on the track.

The chart below breaks down just some of the roles available and the qualifications and aptitudes required. 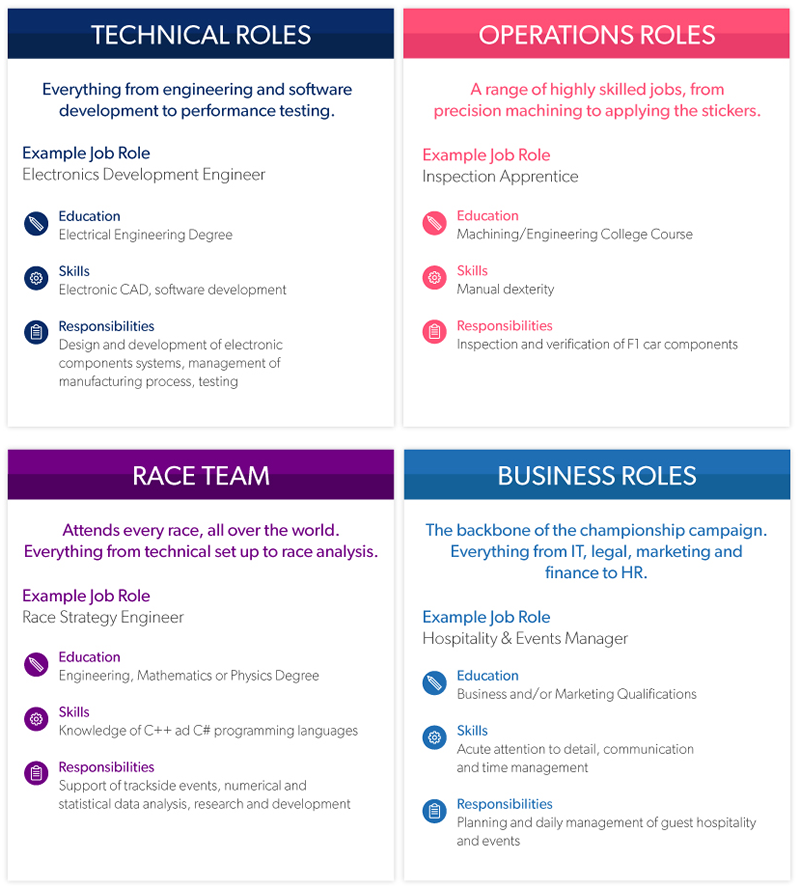 Below are just some of the inspirational women playing a key role in motorsport today: 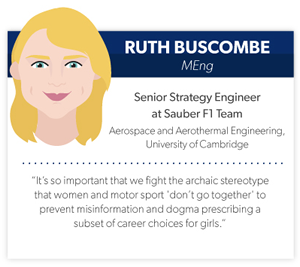 Ruth’s previous roles include work with Haas and Ferrari. 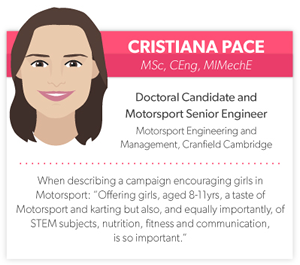 Cristiana Pace
Pace, a Motorsport Senior Engineer, has been working in motorsport for more than 20 years. She has played a key role in the implementation of crucial safety technologies across the sport. She was the first woman to work trackside with the FIA’s technical departments and is now a doctoral candidate in Business and Strategic Management at Coventry University.

Claire was appointed an OBE in 2016 for her services to F1 racing. 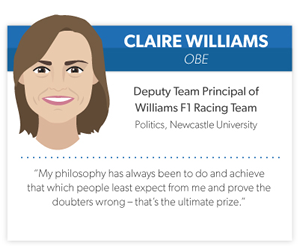 Charlie Broughton
Broughton learnt much of her trade on the job as a mechanic for a small independent team in a British Touring Car Championship support race. Following this, she worked for eight years with the Subaru World Rally Team, returning to the British Touring Car Championship in 2010, Charlie won several trophies and accolades for her work as an event technician.

Graphics courtesy of Compare the Market.