Signs of optimism in the electronic components industry

After a torrid three months for the electronic components industry, there are at last some signs of optimism. There are caveats to be sure. In these uncertain times, nobody can be sure of anything. Comparisons with the 2008/2009 crash aren’t valid.

Then there was a vaccine. Governments injected billions and billions of our cash to keep banks afloat. Until a vaccine for COVID-19 is developed life and business can’t get back to normal.

Social distancing will dictate businesses having to run at half throttle, and citing health and safety concerns for employees and visitors, companies are already pulling out of the electronica 2020 exhibition in Munich which isn’t due to take place until November. In the distribution ranks, Avnet, Farnell, TTI and Mouser Electronics have all withdrawn.

So where is the buoyancy bringing a sinking industry back up from the depths?

“In the past three months we have seen a phenomenal change,” explained Mouser’s Graham Maggs. The company has seen business grow 19% in that time period.

“Yes, if the regions of the world that are maybe ahead of the UK and Europe in terms of coming out of the lockdowns are any indication, we are seeing business picking up,” was the more measured response from Digi-Key’s Ian Wallace.

Opinions are divided on the US market. “Doing OK,” commented Mouser’s Maggs. “Our sales are three percent up on the same period last year.” 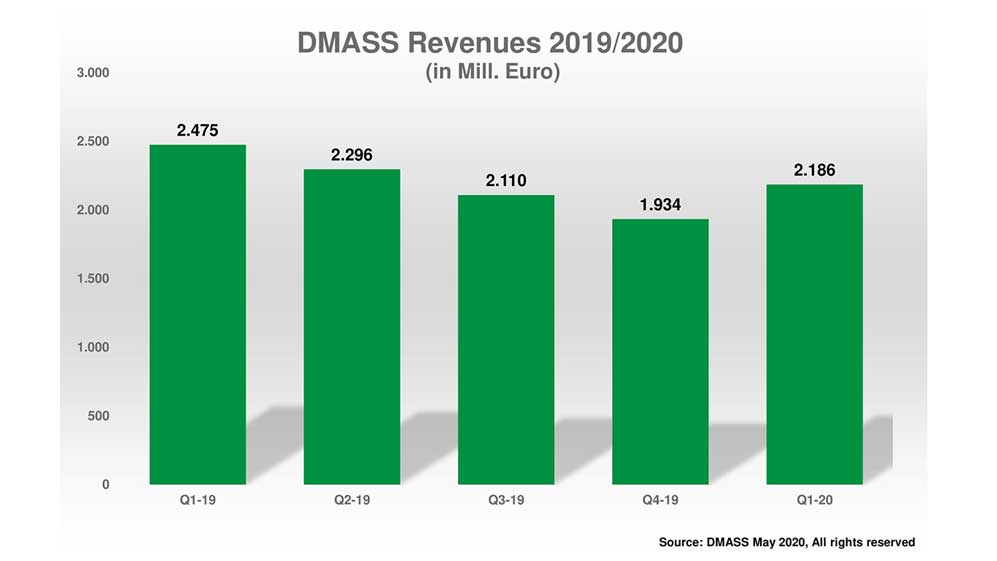 “Overall COVID-19 has been disruptive but many of our customers have been quick to shift their focus and innovation priorities to align with the needs brought on by the pandemic,” observed Digi-Key’s Wallace. “Our inventory strength has helped us largely mitigate any impact as a result of COVID-19 with minimal disruptions for our customers. Business in general has been relatively flat year to date and we expect some challenges in the market for the remainder of the year as companies adjust to the situation.”

Europe is still struggling to come out the COVID-19 slump, though Rospedzihowski has picked up on stirrings in Germany. “We have seen demand for our onboard components from CEMs, industrial, telecoms security sectors. The German government’s decision to reduce VAT to 16% has also helped. They want to get their economy moving again, and demand for electronics will be a key market indicator.”

He also reported companies shifting production back from Asia/Pacific. “That’s a benefit to eastern Europe countries.”

“Southern Europe is on its knees,” he continued. “Italy coming out of lockdown will be a very slow recovery. Spain, Portugal and the UK are all difficult markets.”

“Our view is that Germany will lead the return to growth in Europe, but we will have to wait until at least the end of the calendar year to see that.”

In its full year trading statement Electrocomponents reported a 14% drop in like for like revenues in eight weeks to the end of March. EMEA revenues were down 18%.

The UK and Ireland’s travails are confirmed by Steve Rawlins, Chief Executive at Anglia.

He said, “Over 10% of our customer base closed down when the lockdown was introduced. That number has fallen now so there are signs of business coming back to life.”

Anglia has been helping regular customers by both deferring orders and payments.

“We are a private company so don’t have to worry about shareholders, we can be flexible in dealing with customers and it gives us scope to help them out,” explained Rawlins.

Rawlins decided to furlough his sales and applications engineering team following the lockdown.

“We have spoken to our suppliers and they understand what we are doing. Orders are still coming into Anglia and being processed in a warehouse now reconfigured to ensure social distancing. In general sales have not been down as much as expected. We are ten percent behind our budget. We will be happy with break even or a small loss in this calendar year.”

Nigel Watts, Managing Director of Ismosys was looking forward to a big year in 2020.

“The potential business hasn’t gone away, COVID-19 has suppressed it,” is his assessment. He predicts a sustained period of growth stimulated by 5G, the revival of the automotive industry, and smaller but significant applications, some initiated by the pandemic. “When it comes back, it will be gangbusters, and the industry needs to be prepared.”

A point not lost at Mouser. Though it may seem counter intuitive Mouser has placed significantly increased orders to build on the already wide inventory it holds at its Mansfield, Texas headquarters. It may already be paying off with what Graham Maggs described as “significant increases in requirements from Asia/Pacific.”

DMASS, whose members encompass component manufacturers and distributors, reported sales in the European Semiconductor Distribution Market fell by 11.7% to €2.19 billion.

Georg Steinberger, chairman of DMASS, added: “Predictions are difficult, particularly about the future, while our expectation was clearly that Q1/2020 would not be a new record, we deemed it to be the end of the last down cycle. COVID-19 is not only assaulting the health of people around the world, it has created a situation where economies will suffer for some time.

“The shutdown in many countries and the slowdown of industrial production is affecting the electronics industry quite severely, with the biggest impact yet to come in the next quarters. What it also did was distort the visibility in the supply chain, which makes it hard to predict what the industry might need in the next few quarters.”

While France, UK, Nordic and Benelux show above average decline, Germany ended at average and Eastern Europe did much better.

“At the beginning of the crisis, it was the disruption of production in Asia that was a concern, now it is the other end of the supply chain – the customers and their uncertainties in their end markets. The loss of visibility both from a customer side and at the supplier end will undoubtedly lead to a few quarters of head scratching. While governments jump to rescue the economy, it would be wise to look at the long-needed innovation of public infrastructures for a more sustainable basis, which in turn could drive a lot of growth for the digital industry,” added Steinberger.

Despite expectations for weak end-market demand, the confidence in order backlog remains solid in every product segment but not as robust as in the prior survey.

In the US the Electronic Component Industry Association (ECIA) is undertaking regular surveys of its members. The latest survey reported in late May reflects a mixed trend.  While overall concern regarding impact on the supply chain has moderated significantly, the expectation for the duration of the impact has lengthened and anticipated lead times have extended. The number of companies reporting strong confidence in order backlogs evaporated in the most recent survey as large majorities reported ‘average’ confidence.

Despite expectations for weak end-market demand, the confidence in order backlog remains solid in every product segment but not as robust as in the prior survey.

One clear trend is the surge in online activity.

“With that ability to browse and buy we have seen a massive increase in traffic,” reported Rob Rospedihowski. “In Europe e-commerce represented 85% of total sales. In Spain and Portugal it edged into the low 90s.”

Digi-Key’s Wallace commented, “Again, the strength of our inventory position coming into the pandemic was strong. Volatility with some parts has occurred, but for the most part we have been able to adapt rather quickly. We continue to work closely with our broad base of more than one thousand suppliers to maintain the inventory levels our customers expect.”

Mouser has seen an uptick in engineers looking at development platforms and evaluation kits. It has increased content on its website as engineers work from home and access the company’s range of eBooks covering a variety of topics as well as White Papers on specific applications.