Researchers from Carnegie Mellon University have discovered a way to produce hair-like strands with a low-cost 3D printer. This novel concept was inspired by glue-gun residue.

Going bald? Why not 3D-print some hair?

The technique was inspired by the plastic strands that are left behind when working with hot-glue guns.

While the concept is novel, it does take quite some time to create the hair strands. Each plastic hair is produced strand by strand so it takes nearly 25 minutes to create a head of hair on a 10 square-millimeter surface.

The team did not need any special hardware to produce the hair strands,  just a set of parameters that were be added to a 3-D print job. The resulting hair is capable of being cut, curled, and even braided 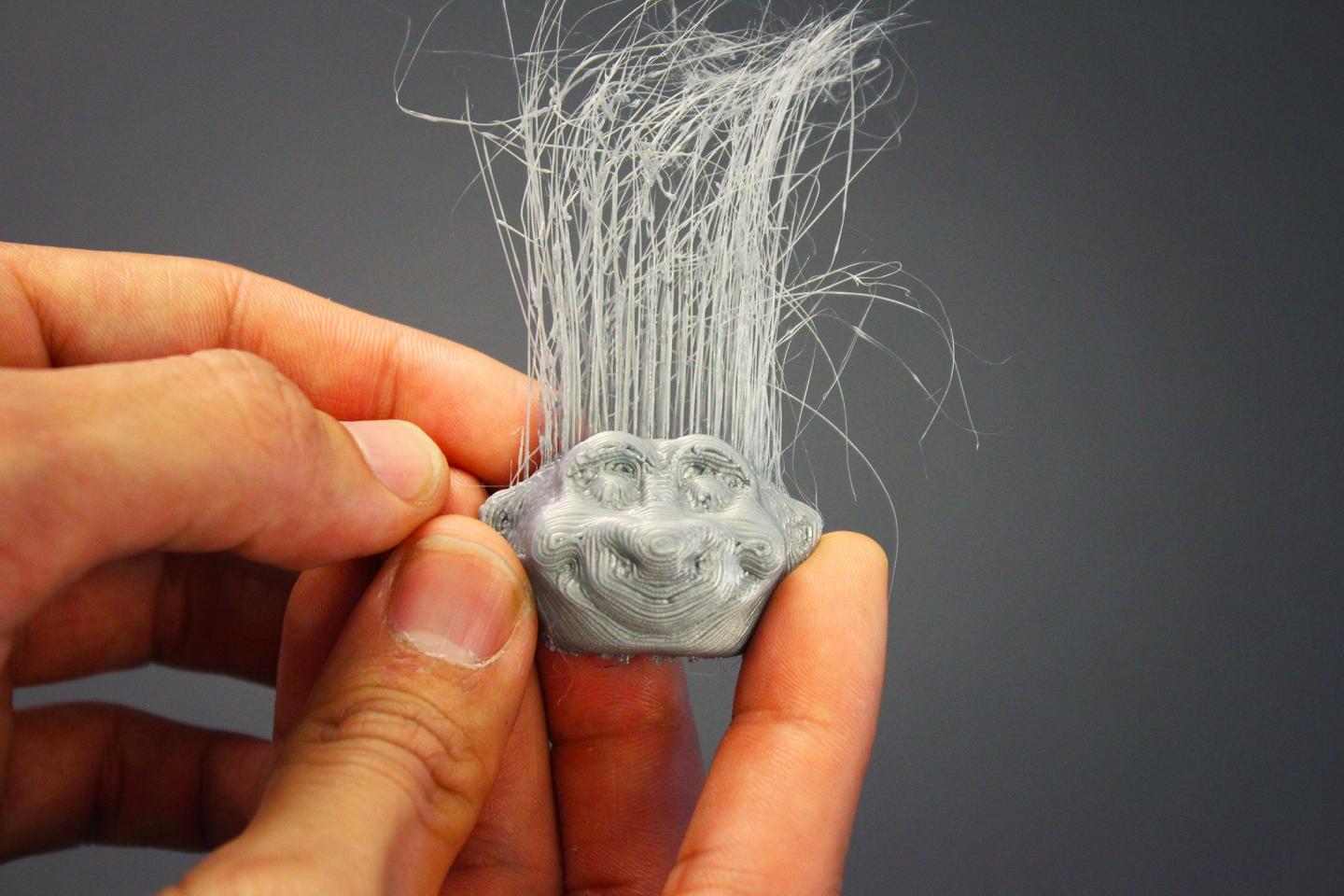 The researchers used an inexpensive (about $300) fused deposition modeling (FDM) printer to create the hair. FDM uses a plastic filament that passes through a heated nozzle. The nozzle extrudes small, flattened strings of molten material into patterns, layer by layer, until the desired 3-D shape is achieved.

In order to create the hair-like strand, the team needed to apply just a bit of molten plastic and then pull the nozzle head away rapidly. One problem they encountered was that the print head isn’t designed to rise that quickly and it’s not fast enough to generate tapered strands.

In response to the challenge, the team decided to work side-to-side instead of up and down since the print head can’t move up quickly but can move sideways quickly.  By applying the molten material and then moving the print head and the bed sideways, they found they could create the hair-like strands they wanted.

Laput and his colleagues have used this technique to add hair in a variety of colors to 3-D printed objects like the straight-up hair on a troll head, long whiskers on a Gandalf-like wizard, and a tail on a horse. By using randomized root positions, they produced natural-looking hair, while uniform root positions were used to produce toothbrush bristles.

The researchers worked with a common printing material known as polylactide, or PLA.  Laput said using a more sophisticated material, such as acrylonitrile butadiene styrene, or ABS, might make it possible to create hair with magnetic or other properties.