Last week we celebrated the tenth anniversary of the EIT, (European Institute of Innovation and Technology) and I think it’s fair to say there is a lot to be celebrated. Driving innovation in Europe the EIT supports entrepreneurs, students and innovators in making their best ideas into a reality.

The day began with a few words from Dirk Jan van den Berg, Chairman of the EIT, who explained that if you look at it the EIT is actually a start-up/scale-up itself. “Something that started so small ten years ago has grown, and blossomed into something that now triggers business, research and people to work together.”

After just two years the EIT decided to sub-categorise, and this is where the energy, climate and digitalisation sectors were born. Now there are so many more areas including health, food, raw materials and soon manufacturing and urban mobility. The EIT is Europe’s largest innovation community, and Jan van den Berg explained it was created to help bring Europe back in the game when it comes to innovation and development. “There is so much talent and opportunity out there in Europe, but there was nowhere for it to go, so the EIT is here to help these innovators.”

With over 1,000 partners across Europe, 814 companies including SMEs in over 100 cities, regions and NGOs the EIT exists to provide the top innovations in Europe. There are over 179 research centres and 205 higher education institutions that are a part of the EIT, with even more being planned - there is soon to be a new one opened in Edinburgh.

van den Berg described that the EIT is all about students turning into entrepreneurs, ideas turning into solutions and constantly creating a funnel of ideas. “Here, we like to connect the dots.”

At the event I managed to speak to Willem Jonker, CEO of EIT Digital, who has worked with the EIT for eight years, so just after it all began, he was recruited, and over his time with the institution has seen a lot of change and progression, in innovation, digitalisation and in the EIT as a whole.

When asked about the changes he has seen in digital innovation over the years, Jonker said: “As with everything there is hyper circles, and different trends that come and go. The hype of today is all about Artificial Intelligence and Blockchain - this is the craze that everyone wants to be involved in. But sometimes there isn't a change in trend, just more of a shift of focus.”

A lot of focus is all about startups, but the EIT discovered it’s not all about that, and is more about growth - people have the ideas and it’s all about growing that and scaling up.

We then went on to discuss if Jonker aims to bring Europe to the top in terms of digital innovation, to which he stated: “I think the plan here first is to get the European digital economy a seat back at the table, before we can try and become leaders in the digital sector.

“The thing is we have a huge market that has been taken over by innovations and products from abroad - look at the amount America brings over to us - Facebook, Twitter and Instagram - we need to make it a much more even playing field again as most of the operators that work in Europe are actually American.”

Jonker added: “The potential is there for the European digital market, but the thing is, if you don’t have the conductor, there isn’t going to be any noise no matter how good the music is. Our main challenge is fragmentation. There is a lot of talent here even the talent that doesn't originate from Europe and the innovators we have as a part of the EIT, mostly stay and invest in Europe.” 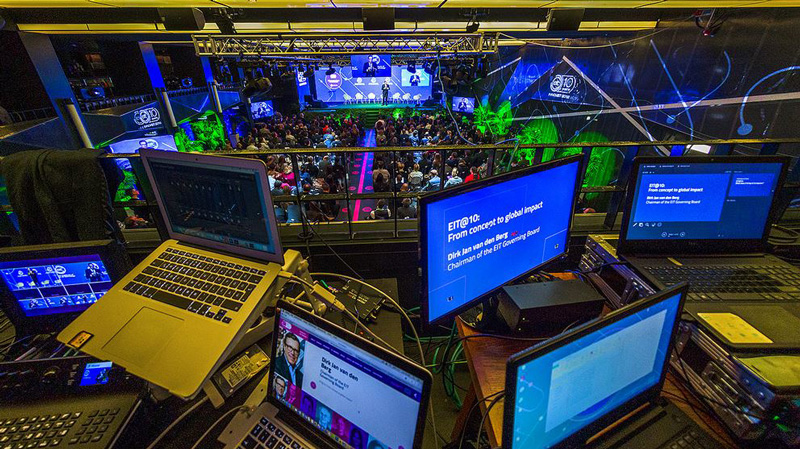 There was a pressing question on everyone’s minds - the repercussions of a possible no deal Brexit. Currently the EIT has an innovation in the UK that represents the UK and Ireland, so with Brexit looming this may cause some problems. However, Jonker assured me: “I don’t think Brexit will cause issues, we have an office based in Silicon Valley, and we will continue to do a lot of work in the UK, we have an innovation hub in England and are in the process of building a second in Edinburgh. Depending on what deal there is in place it may cause some manufacturing restrictions but nothing that will essentially effect the institution.”

Although we were in Budapest, Hungary, to celebrate ten years of the EIT, we were also there for its innovation awards and to celebrate selected EIT innovators across a number of sectors.

There were a number of incredible ideas and solutions that were shortlisted at the awards, but one interesting category that stood out for me and a number of others was the EIT women’s award.

van den Berg told the audience that is was with great pity that we had to introduce a women’s award just so that the female talent got recognised. “We are still in a place where gender balance is not quite equal. We felt we needed an award to celebrate women, but eventually we hope to abolish this award, eventually people will be able to see innovators as equal and the whole day will consist of equality.”

There is a big blend in diversity and innovation, and van den Berg expressed that he wanted Europe to be involved with this.

The clear message from the event was that the EIT committee and innovators believe the EIT functions as a one-stop-shop for innovation. As Jonker added: “Great innovators are who we need to thank for the world we live in today.”