Home > Industries > Wearable technology is maturing, but is still out of the mainstream
Wireless

Wearable technology is maturing, but is still out of the mainstream

Wearable technology is an emerging sub-market in the Internet of Things (IoT) theme, but is yet to establish itself in the IoT mainstream due to limited interoperability and underdeveloped self-contained functionalities, according to data and analytics company GlobalData.

GlobalData’s Wearable Tech – Thematic Research predicts that the market will grow at a compound annual growth rate (CAGR) of 19% between 2018 and 2023, primarily driven by smartwatches, which account for the lion’s share of the market revenue.

Competition in wearable tech is primarily a face-off between US and Chinese tech giants. Apple is the dominant player, thanks to the success of the Apple Watch, and its strong position in the hearables segment, where AirPods are leading the market. The smartwatches are now the dominant wearable tech segment while fitness trackers are less promising today than they did four years ago.

Fitness trackers are losing out to smartwatches when it comes to sales, but daily usage rates (at least in mature economies) are on the rise. Many fitness tracker companies are exploring growth opportunities in healthcare services. Google’s acquisition of Fitbit in 2019, to some extent, is attributed to Fitbit’s stronghold in the US healthcare services market.

Rupantar Guha, Senior Analyst of Thematic Research at GlobalData, said: “The demand for fitness trackers is growing in Asia-Pacific (APAC) while their sales in North America and Europe are declining. Smartwatches are also gaining traction, driven by the emergence of low cost Chinese products in APAC. In terms of regulations, APAC is still far from adopting the EU’s GDPR standard, which makes the region an attractive market for wearable vendors keen to exploit customer data.”

Emerging markets, especially in APAC, present the strongest growth opportunities for wearables. However, in the key markets of China and India, global leaders face increased competition from domestic manufacturers. The region’s large number of price-sensitive consumers often cannot afford the most expensive smartwatches.

Fitness trackers are often seen as a cheap alternative. Indian manufacturer Titan’s fitness tracker is a prominent challenger to Google’s Fitbit. While many consumers cannot afford the latest Apple Watch, there is an untapped demand for cheaper smartwatches. Chinese brands like Xiaomi, Huami and Huawei, with less-expensive smartwatch models, are aiming for growth in this space. 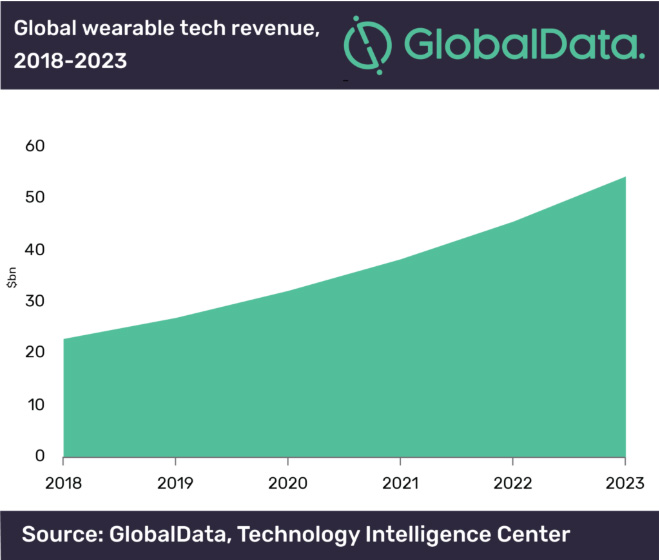 Guha continued: “Apple will continue to lead by revenue due to the premium price-tag of Apple watches and a growing dedicated customer base in the region.”

Guha concluded: “Wearables collect significant amounts of personal data, which makes them targets for regulators. Compelled by the EU’s General Data Protection Regulation (GDPR), wearable vendors like Strava, Fitbit, Garmin and Oculus have redesigned their privacy policies. Vendors with transparent data policies will gain consumer trust and this will, in turn, drive sales of their devices.

“APAC is fairly relaxed in terms of data privacy laws, and as a result more wearable vendors will seek expansion in this market over the next two years. Yet, companies will have to be prepared to comply with emerging and increasingly stringent domestic regulations that (most likely) will vary from one country to another.”

Read more
Industrial
The design priorities shaping thermal management in 2019
Analysis
How the IoT is transforming healthcare
IoT
IoT deployment and future expansion is extremely important
IoT
Tomorrow’s tech is here today
IoT
Telcos needs to increase its role within the IoT ecosystem
IoT
What is the future of the IIoT?
IoT
Without proper IoT security we risk a dystopian future
IoT
The nanocoating tech boom thanks to the smartphone market
Wearables
Revolutionising mobile power
IoT
The top five IoT predictions for 2017
IoT
What is the real value of IoT?
Blog
How to manage the IoT analytical lifecycle