How WiFi 6 will enable smarter vehicles

Despite our obvious reliance on vehicles, manufacturers must continue to develop and embrace new technologies in order to remain competitive. As we move towards new ownership models, these differentiating factors will have an increasingly important influence on consumer choice.

One of the technologies we have all come to take for granted is wireless connectivity.

The use of wireless communications by the occupants of vehicles is increasing, as we consume more digital media in a mobile scenario. This comprises various wireless formats and area network models. At a personal level, Bluetooth is still the predominant technology, while wide-area mobile networking is dominated by cellular technologies (today that is 4G, but in the near future it will also include 5G).

The technology that sits neatly between these two extremes at the local level is WiFi. With greater bandwidth, longer range and higher network resilience, as well as better support for smaller clients, WiFi is becoming more relevant in the automotive market. 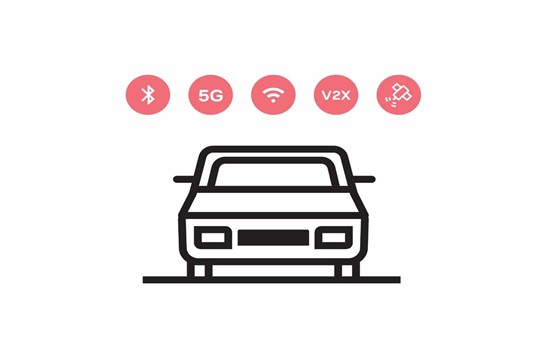 Figure 1: The wireless technologies used inside, between and around vehicles are increasing.

The continued increase in the use of wireless data in a relatively small environment is inevitably leading to raised concerns over performance issues caused by RF congestion. Any degradation will be felt strongly, particularly as more of the vehicle's systems rely more heavily on fast and responsive network connections.

The latest version of WiFi; WiFi- 6, is expected to have a positive impact on many sectors, including automotive. The evolution of WiFi with the IEEE 802.11ax specification - WiFi 6 - will be critical to its adoption in the automotive sector. Analysts ABI Research believe that 70% of the WiFi chipsets shipped into automotive applications will be WiFi 6 by 2024.

Key to this confidence is the underlying technology. Like Bluetooth, WiFi started as a wireless technology operating in the license-free band of 2.4GHz. Its evolution saw WiFi move to 5GHz band and this is where the 'default' WiFi 6 will also operate. However, the latest standard also covers an extended version, called WiFi 6E, which will operate at 6GHz. This offers significant benefits, as outlined below, which make it even more robust and responsive.

Even operating at 5GHz, WiFi 6 offers greater spectral efficiency over previous versions, which delivers high bandwidth. This supports both more simultaneous clients and faster access for the same number of clients.

For example, in a vehicle, WiFi 6 would allow multiple devices to stream high-definition video at the same time; this is becoming more relevant in vehicles, as back-seat infotainment systems become more common across models.

Another feature of WiFi 6 is its ability to partition bandwidth more effectively, allowing it to service more clients with lower requirements without reserving large parts of the total capacity. This feature will allow simpler systems around the vehicle to also be connected using WiFi 6, putting it in a more competitive position for IoT-like applications.

There are a number of significant developments that make this possible. Perhaps the most technically important is its use of the OFDMA (orthogonal frequency-division multiple access) modulation scheme in both directions (uplink and downlink).

Each of the channels formed can be further divided into sub-channels, called resource units. These units can be packaged and sent between access points and multiple clients, simultaneously, which increases the number of concurrent users.

This scheme is also less susceptible to multipath fading, thanks in part to the addition of a longer cyclic prefix between symbols. When coupled with new PHY headers, these features deliver a more robust network in outside environments.

Another development is the way WiFi 6 employs MU-MIMO, or multiuser multiple-in multiple-out technology. Again, MU-MIMO is used in both the uplink and downlink to increase throughput in both directions. Over short distances, the use of 1024-QAM (quadrature amplitude modulation) delivers peak performance.

A feature called Target Wake Time (TWT) has been added that allows clients to be woken from a low power mode, which will also help Wi-Fi 6 better support IoT applications. These aren't the only differences between WiFi 5 and WiFi 6; it also introduces spatial reuse. Also known as BSS coloring, this allows channels with the same 'colour' to coordinate their operation when transmitting, further improving bandwidth utilisation (Figure 2). 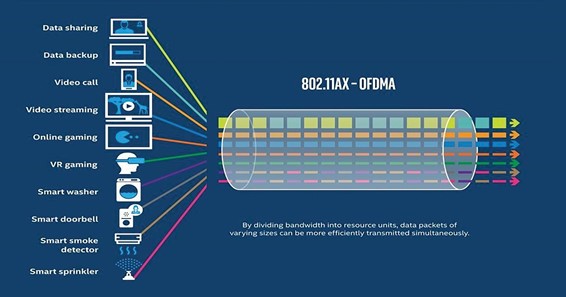 These features and benefits are expected to encourage the automotive industry to adopt WiFi 6. Historically, the sector has used WiFi in various ways, both inside the vehicle and to allow the vehicle to communicate to its environment. This reflects the way the user base has evolved alongside the technology.

The variation in use-cases extends all the way down to its implementation; some manufacturers prefer to use modules, while others may choose a chip-on-board solution. In some cases, the OEM or Tier 1 supplier will be in a position to dictate a custom solution.

However, in terms of volume deployment, pre-certified modules will be high on the list. They offer a simpler route to market thanks to the lower development effort required, as well as providing an inherently simpler migration path to the next generation of technology which, in this case, would be WiFi 6. Using a pre-certified module is a low risk option, and for this reason alone, it will remain popular.

Wireless connectivity in vehicles is becoming more important in terms of convenience, but also in terms of comfort and safety. The introduction of WiFi 6 will be an essential enabler for connectivity throughout the vehicle and is positioned to meet the demands of existing and future applications.

The features and benefits of WiFi could have been created specifically to address the needs of the automotive market. They weren't, at least not exclusively, but it is relevant that they do meet them so well. With the introduction of WiFi 6, it will continue to meet those needs for many generations of vehicles to come.