Our website is made possible by displaying online advertisements to our visitors. Please consider supporting us by disabling your ad blocker.
Home > Industries > Autonomous driving hinges on data quality
Automotive

When it comes to the hot topic of autonomous driving and driving assistance systems, automotive electronics specialist b-plus relies on processor modules from Kontron. In addition to the robustness of the components and the option to further increase computing power in the future, the focus has been on specific adaptations and services by the system supplier. New functions are being continuously developed in order to accelerate data analysis. In the area of autonomous driving the focus is clearly on security in data management processes, even more so than in other fields.

Technology company b-plus is working on the future of autonomous driving. Until recently this has been labelled as ‘science fiction’, however it is currently becoming reality. The way to get there is by collecting and analysing huge amounts of data. Vehicles must be able to independently recognise their surroundings and assess and anticipate situations. Many driving assistance systems are also based on this data. This is where b-plus comes into play with its BRICK recording and analysis technology.

The manufacturer of automotive electronics employs more than 230 people in three business units and is working at full speed on tools that will bring autonomous driving to series production readiness. “As a tool manufacturer for autonomous driving, we are operating in a highly dynamic environment involving camera, radar and sensor technology. Up to 10 terabytes of data have to be evaluated per hour,” said Georg Vogl, BRICK Technical Product Manager at b-plus. Customers include tier-one suppliers such as Bosch, Hella and Continental. In short, virtually every supplier of camera technology in vehicles needs an interface for processing the video data. The company, headquartered in Deggendorf and with branches in Regensburg and Lindau, also supplies tech companies in Silicon Valley and China and the ‘new kids on the block’ in the automotive industry.

“The biggest technical challenge in autonomous driving lies in safeguarding: a great deal of data is being generated that must be evaluated live. This is necessary for the vehicle to make decisions in real-time, for example to brake or steer to the left,” explained Vogl. Confidence in the safety of this technology, along with clarification of legal issues, is crucial for social acceptance. “Functional safety is very important because liability issues are part of this. That’s where the tool chain helps in building a bridge,” Vogl added. Among the unanswered questions, are for example: in which case is the driver liable and is the manufacturer of a partially automated or autonomously driving vehicle?

In the current test phase of such vehicles the volume of data is especially high. The BRICK technology not only helps to manage the data that is being generated, but also ensures its quality: for example, it is by no means self-evident that the data is synchronised and stamped with the right time at the level of fractions of a second. Above all, the requirements also include considerable computing power, which must be scalable in the future. Smaller ARM processors are not sufficient for evaluating the immense data volumes surrounding radar, LiDAR and camera sensors; instead, the highest performance class of processors is required.

Unlike other products on the market, BRICK technology offers an open, flexible platform based on X86 PC architecture providing a familiar look-and-feel, rather than relying on dedicated specialised systems. As part of the architecture decision, it quickly became clear that a dedicated CPU design would require too much new know-how which is not part of the core business - measurement technology and fast recording. Other concepts, for example a special motherboard such as Mini-ITX, could be used quickly, but there would be a considerable lack of flexibility in the application. When switching to a new generation, the entire board would have to be replaced. 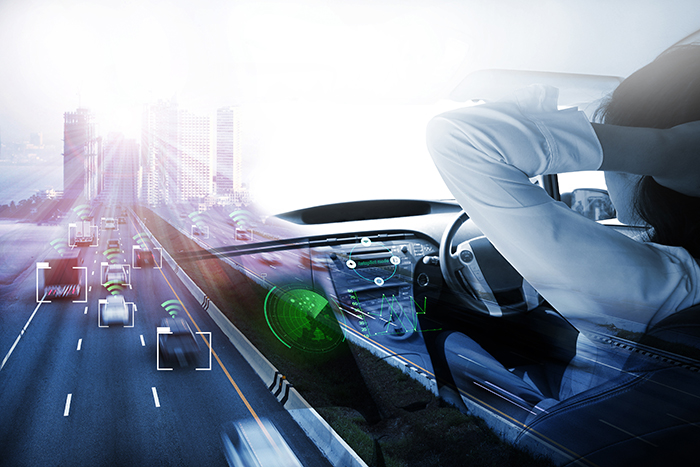 For this reason, the company decided to take a path that would allow customisation while at the same time standardising, and chose Kontron’s bSL6 COM Express module. The company had already worked successfully with the embedded specialist as a partner in earlier embedded projects over the years.

The carrier board for the COM Express module, including the required connectors, is developed by b-plus itself; this also includes the peripheral issues and the memory configuration. The measurement data acquisition devices are located in the trunks of the vehicles used to test autonomous driving, collecting data from all the sensors. Car manufacturers can then configure their applications individually using the b-plus software as an intermediate layer.

“It is definitely a difficult process to bring PC technology into the vehicle. The demands on design are high by definition. It was therefore particularly important in the development process that components were robustly designed to meet requirements for temperature, vibration and 24/7 use,” the Product Manager reported. The Deggendorf-based company was particularly interested in being able to incorporate specific requests. This included an adaptation of the BIOS which was implemented by Kontron. It ranges from the inclusion of a boot logo to default parameters that are required for the BRICK system with its specific measurement technology. In addition, an operating system is added to ensure that the application runs smoothly. Due to close cooperation, a fast time-to-market could be achieved. The second BRICK product generation was brought to market in just under 18 months.

Keeping a finger on the pulse

Integrating all currently feasible features into new device generations is continuously being worked on collaboratively. In doing so, the Deggendorf-based company places particular emphasis on ensuring that Kontron, as a partner, is also on the Intel or AMD roadmap. “BIOS technology changes very quickly. For us, it is important to always look at what we can use from the platform features offered and to be able to intervene ever more deeply in the BIOS in order to implement new functions,” explained the product manager. Changes must therefore also be possible in the future. “For the variants we are focusing on, we need a very fast and open collaboration to be able to change things in the shortest possible time. A good, well-rehearsed communication is important in order to rule out surprises,” Vogl further elaborated. Proximity is also crucial for parameters such as lifecycle and quality management, as well as for support.

The bSL6 processor module is based on the Intel 6th Generation Core Processor. This was selected at the start of development because it supports both Windows 7, which still exists in the tool chain despite end-of-life announcements, and Windows 10, which is mainly used as the operating system in the various projects. Linux is also an increasingly big issue.

The goal of recorder technology is to achieve the maximum possible computing performance within the smallest possible dimensions while ensuring the thermal and electrical power required. In addition to the data recorder, b-plus is also developing other solutions to handle the complex computing for AI (Artificial Intelligence) algorithms related to autonomous driving.

With the BRICK2, a six-core CPU is currently being used. “As soon as the development moves toward eight cores in design, we will follow. In this context, modular technology is the only way to avoid having to completely redesign the entire measurement technology which contains our know-how,” Vogl added. Other concepts with high computing performance, such as dual PCs, are not suitable due to power dissipation and waste heat. 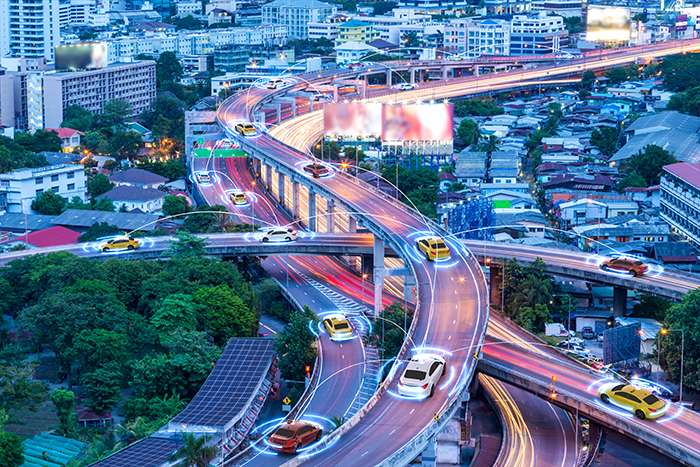 The data recorder has to travel in the car for years in all conceivable temperatures and weather conditions. One of the biggest challenges during development was therefore to package the technology appropriately for a wide temperature range with shock and vibration requirements and to implement the cooling connections - after all, the network interfaces generate waste heat and must be cooled. It is no longer the case that as much data as possible needs to be collected at all times, unlike at the beginning of the technological development towards autonomous driving. A particularly hot topic at present is the optimisation of the data required for analysis, as for series production it is no longer a question of processing all the data at great expense, but only the decisive information.

Instead of permanently recording the entire data stream, BRICK2 focuses on analysing and filtering data. For example, if the data manager at the OEM reports that there are problems with roundabouts, this info is passed on to the data recorder via the cloud. This then selects data recorded primarily in roundabouts. The data streams include up to 24 gigabits from six cameras simultaneously, from which data must be filtered out. Computationally intensive data analysis is thus one of the most important trends. In Vogl’s view, the trend is therefore toward Computer on Module-High Performance Computing (COM-HPC) as the standard. However, the expert is sure that COM Express has been the right strategy so far. Although some adjustments may be necessary for the changeover to higher computing power, they are easily feasible - an important aspect for the investment security of customers.

In an innovation environment, the protection of intellectual property is essential. In view of non-disclosure agreements with OEM customers, b-plus must also meet the highest standards when selecting partners. The fact that Kontron itself is an innovation driven company plays an important role for b-plus, always operating at the upper limit of current technologies. Kontron also assumes that the trend is moving in the direction of HPC and is already working on a new module standard that will enable even higher data rates, for example, when transferring camera data to the CPU.