Why devices with position tracking require an internet connection 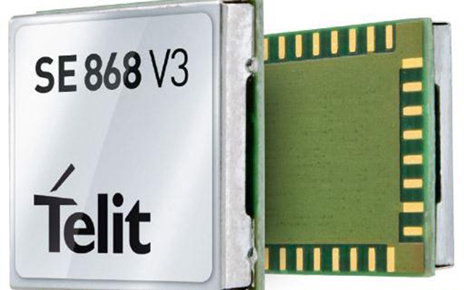 In a few months the European satellite system Galileo will be completed. Most devices with location tracking functions already support it. Even so, their manufacturers should endeavour to implement over-the-air access, as this is the only way that satellite selection can be adjusted on demand as needed – something which can be a critical factor, writes Bernd Hantsche, Director Product Marketing Embedded & Wireless at Rutronik.

Galileo differs from the American GPS and the Russian Glonass in that - just like the Chinese system Beidou - it is a civil and not a military system. The European Union initiated the project in order to have access to an independent navigation system in the event of conflicts of interest with these states.

Galileo has been available for everyone to use since 2016, with all 30 satellites expected to be in orbit by the end of 2019. More than 700 million devices – mostly smartphones – already make use of the European GNSS (global navigation satellite system). The biggest advantage offered by this is that devices using multiple systems concurrently have at their disposal several satellites.

If a device uses GPS, it has 24 GPS satellites – 12 per hemisphere – at its disposal. Adding Galileo to the equation provides navigation devices with 46 signal sources now (24 GPS and 22 Galileo satellites), allowing them to select the ideal constellation for position detection at any given time. This also enables receivers to have usable results available in less time (i.e. the Time to First Fix or TTFF falls).

To this end, the engineers and scientists of all GNSSs have been collaborating closely, as attendees of Rutronik’s Galileo seminar discovered.

During a tour of the European Space Operation Center (ESOC) the specialists explained that this collaboration was essential due to every system using different points of reference for their coordinate systems. If these were not continuously aligned with one another, Galileo would detect a different position and time to that of GPS, Glonass and Beidou. Only such a comparison makes it possible to unify all GNSSs as needed.

Another advantage of Galileo is the much greater precision, with variations of around a meter. With GPS, this is more likely to be five meters, and it is not uncommon for the other systems to be even more imprecise.

How precisely the position is actually determined is also dependent on the choice of satellites – an angle that is as large as possible increases the precision. But when prioritising satellites there are other factors that play a role, including signal strength, the state of health of the satellites and the risk of confusion with a reflected signal (multi-path effect).

However, for high-precision requirements such as the use of pesticides in agriculture, the precision achievable in this fashion is not enough. Differential GNSS (DGNSS) is recommended for such applications. This uses a point of reference with a known position – such as the farm – in addition to the position to be detected – such as the tractor. This allows the measurement inaccuracies of the system to be determined with relative precision.

The tractor’s navigation device receives this inaccuracy data wireless, and then assumes the same measurement inaccuracies for its position, adjusting the satellites’ values accordingly, allowing for a level of precision measurable in centimeters.

Open GNSSs are a security risk

Precision is seemingly less important for navigation systems in cars. If the GPS device signals that the driver needs to turn in 50 meters, the driver doesn’t care whether the junction is actually in 45 or 55 meters. Self-driving cars are a different matter. A logic comparison with radar sensors and analysis of video feeds are absolutely essential here, in part due to another reason – GPS, Glonass and Beidou are open and thus unencrypted. Something that makes reception easier also means that signals can be spoofed without much effort. A receiver for example might unknowingly receive position detection signals from a transmitter that is maliciously issuing fake satellite signals. Galileo is current the only GNSS available that allows for authentication for its signals, thus preventing hacks.

Using GNSS in a future-proof and optimal fashion

To achieve maximum speed, precision and security, GNSS receivers should be able to concurrently receive and process signals from multiple systems, something which the SE868-V3 GNSS module from Telit can do, for example. If used with its default settings, it will always accept all GNSS signals and make use of the best one to obtain an up-to-date fix.

However, there are cases where certain GNS systems should not be used for position detection, such as in war, where a system is under attack, where signal spoofing is known or where a GNSS is experiencing a technical fault or is malfunctioning for other reasons. Device manufacturers should be able to take appropriate action at any time under such circumstances to exclude the relevant systems.

Firmware Over-the-Air (FOTA) updates enable receivers to be reprogrammed for years after sale, allowing for example for the use of only Galileo or any combination of available systems.

For GPS devices, this is also important to be able to handle the week rollover issue. The week rollover occurs every 1,024 weeks, at which point GPS resets its week counter. This will result in some devices no longer being able to correctly determine the date.

Depending on the application, this may cause the end device to be practically unusable. On the Rutronik Technical Engineering Community Platform, the distributor informs its customers about how current firmware for the various chips and modules looks in relation to the GPS week rollover issue and how they can eliminate such problems, perhaps through the use of FOTA.

For FOTA, devices must be connected to the internet. Depending on the application, this may take the form of a wireless connection with a WiFi router or a Bluetooth connection with a smartphone. Most applications with integrated location detection will require a dedicated connection to a cellular network, however.

In Germany, the new NB-IoT is already fast enough for this task. Network coverage will soon be complete. For objects that move quickly, however, this technology is not the ideal choice, as moving to a different network cell may present a technical challenge.

In this case, LTE-M is the preferable choice and is an option anyway in other countries due to the ongoing network development by providers. Energy consumption and data transfer rates are also higher here. Traditional LTE is a safe bet anywhere, for example with category 4 or 6.

These eliminate problems with data transfer rates and cell changes, as LTE is designed for use on smartphones to enable them to stream multimedia content during a freeway trip. Future development of coverage of the networks in Europe will not leave any dead zones, with Germany incorporating the elimination of receptionless areas into the awarding terms for the 5G frequencies.

The second generation of cellular technology, GPRS and EDGE, will also be more reliable in the coming years. Only the 3G standards UMTS and HSPA will need to vacate their capacities for the new networks, where this has not already been done.

And satellites will also play a role in establishing internet connections soon. With the aid of low-orbit micro-satellites, it will be possible to establish new networks as an alternative to terrestrial cellular networks. They will be able to eliminate dead zones more quickly and offer reception where it is technically too complex or economically too costly to offer LTE or 5G, for example at sea, in mountain ranges or in deserts. For telematic and telemetry data, many start-ups are already working towards developing their own satellite networks.