In sickness and in health, until rust do us part

Home > Robotics > In sickness and in health, until rust do us part
5th April 2017
Source: Electronic Specifier
Posted By : Alice Matthews 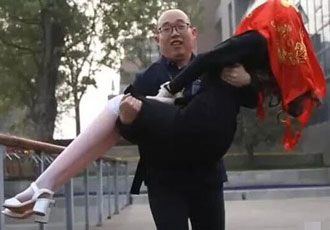 The pressure to find a living soulmate got too much for one man in China who decided to ‘marry’ a robot he built himself last Friday. Tired of the incessant questioning from friends and family concerning his marital status, Zheng Jiajia, a 31 year old artificial intelligence engineer, looked to Yingying, a robot he built last year, according to the Qianjiang Evening News. The relationship quickly blossomed, and after two months of dating the pair ‘married’ at a ceremony in the city of Hangzhou, surrounded by his mother and friends.

The union is not officially recognised by authorities, but the ceremony had all the traditional aspects of a Chinese wedding. In accordance with local tradition, Yingying’s head was covered with a red cloth, while Jiajia donned a black suit. 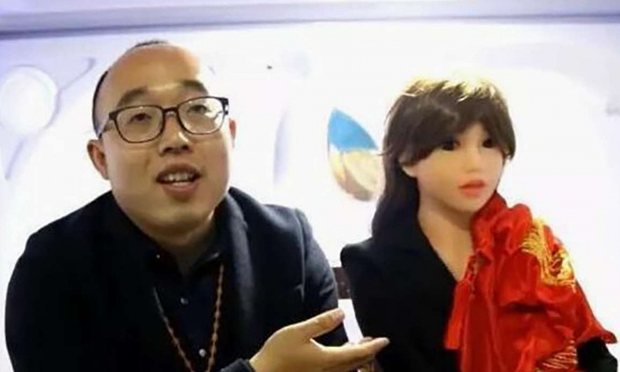 If you’re wondering what Yingying will bring to the partnership, look no further. Currently she can only read some Chinese characters and images, and her speech is limited to a few words, but Jiajia hopes to upgrade her soon. In the future he wants to make her able to walk and perform chores around the house.

Reactions in China have been mixed, to say the least. Posting on WeChat, a popular social network, one user seemed thrilled by the idea: “You won’t have her mother looking down on you, you don’t have the pressure to buy a home and you get to save money and energy.”

Others worry about the longevity of the partnership, particularly when Yingying will not age herself: “He’ll slowly get old, his face will become wrinkled and his hair will grow white – but will he upgrade her to grow old, or just to be prettier?” asked another user.

This isn’t the first time someone has married an inanimate object. In 2010, a Korean man married a pillow with the image of Fate Testarossa, a magical figure from a Japanese anime series, imprinted on it. Only time will tell what's next for 21st Century marriage.