The first ever Shaun the Sheep VR experience 'Shaun the Sheep Movie Barn VR' has been released by Aardman. The free app will be available from Google Play and the Apple App Store and viewable through light mobile headsets, such as Google Cardboard.

With virtual reality being one of the fastest growing technologies today and becoming ever more accessible in homes around the world, youngsters are hungry to experience their favourite brands in exciting new environments. It has been reported that by 2018 the total number of active virtual reality users is expected to reach 171 million, so to respond to the increasing demand for family-friendly VR, the studio were keen to develop a virtual home for their biggest international property Shaun the Sheep.

Shaun the Sheep Movie Barn VR is a fully immersive 360 degree movie theatre environment where users can view their favourite Shaun the Sheep adventures in a fun and interactive space. This is the first family VR theatre experience to have fully rendered CG animated characters, allowing fans to experience the world of Shaun the Sheep in immersive 3D. Users also have the opportunity to interact up close with Shaun, Shirley and Timmy with future updates planned over the coming months that will include even more Mossy Bottom favourites.

Shaun’s Movie Barn features expertly crafted immersive sound, transporting users into the barn alongside the well-known animated characters. The ‘Movie Barn’ will also showcase exclusive content from the studio, such as film trailers and fun animated shorts which will screen ahead of classic episodes. 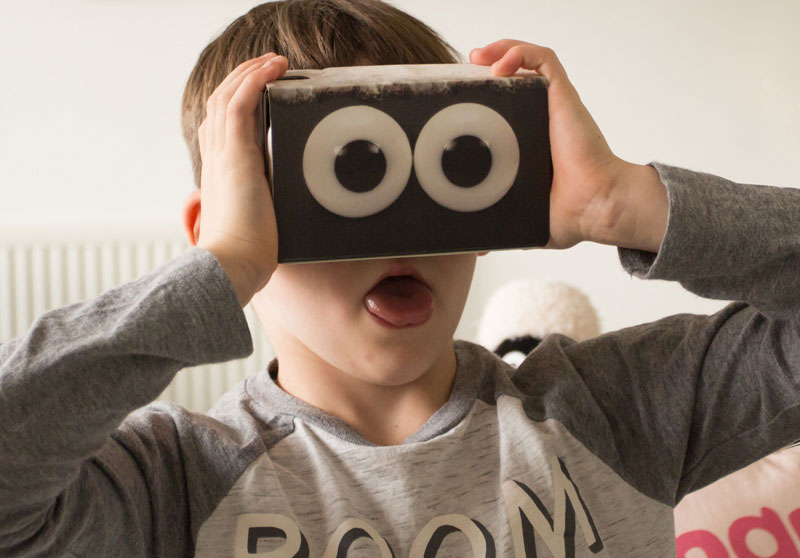 Mike Barwise, Interactive Creative Director at Aardman said:"It’s been great fun bringing VR to Shaun’s world. Setting it in the barn where the sheep have all got together to project videos onto a big screen (a bedsheet!) makes for a fun, unique, and relaxing way to watch some really funny Shaun clips.

It’s been great to see people’s reactions when they try the app for the first time - seeing the funny behaviours from the different sheep seems to be a real smile generator! And although the Shaun brand is nearly 10 years young, this is the first time that he and the rest of the flock have been made in 3D rather than as handmade puppets. This allows us to make them react based on what the player is looking at, making the feeling of being in a crowd watching videos feel extra immersive.”

Aardman are delighted to be launching the Shaun the Sheep VR experience to market so soon, joining just a handful of other international kid’s brands who have made virtual reality content available to fans including Star Wars and Adventure Time.

You can download the Shaun the Sheep Movie Barn VR from GooglePlay and the App Store now.