Digital reconstruction takes you back 500 years

In order to reveal how they looked nearly 500 years ago before the Reformation changed the face of the town forever, historic buildings at the heart of St Andrews have been digitally reconstructed. St Salvator’s Quad and Chapel, at the heart of the University of St Andrews, can now be seen in a virtual recreation which reveals how these historic buildings appeared before the religious changes of the Reformation.

The reconstruction, created by Historians and Computer Scientists at the University, drew from images and manuscripts in the University’s Special Collections department.

This is the first phase of a wider project to digitally recreate the entire burgh of St Andrews as it appeared in 1559 – just before the citizens of the town officially adopted Protestantism and set about transforming the community’s Catholic religious foundations.

The St Salvator’s site was chosen as the first release from the St Andrews 1559 project because of its significance in the early phases of the Scottish Reformation. In February 1528 a 24-year-old academic, Patrick Hamilton, was burnt outside the gates of St Salvator’s College for advocating support for the German Reformer Martin Luther’s criticisms of the Catholic Church. Hamilton was the first person to be executed in Scotland for voicing Protestant ideas.

This year (2017) marks five centuries since the event regarded as the start of the Protestant Reformation, when Martin Luther posted his 95 theses attacking the practices and doctrines of the late Medieval Catholic church in Wittenberg, a University town in Eastern Germany.

Dr Bess Rhodes said: “We selected St Salvator's as the place to begin our reconstruction as a major landmark in the modern university and the town. It was of course also the scene of one of the most horrific events of the Scottish Reformation – the burning of Patrick Hamilton for his Lutheran beliefs.

“Particularly chillingly, Hamilton’s death was something the university was directly involved in – playing a role in the prosecution and conviction of this very young man. Yet at the same time St Salvator’s has been the scene of fantastic academic achievement and many happy incidents in the University’s history.” 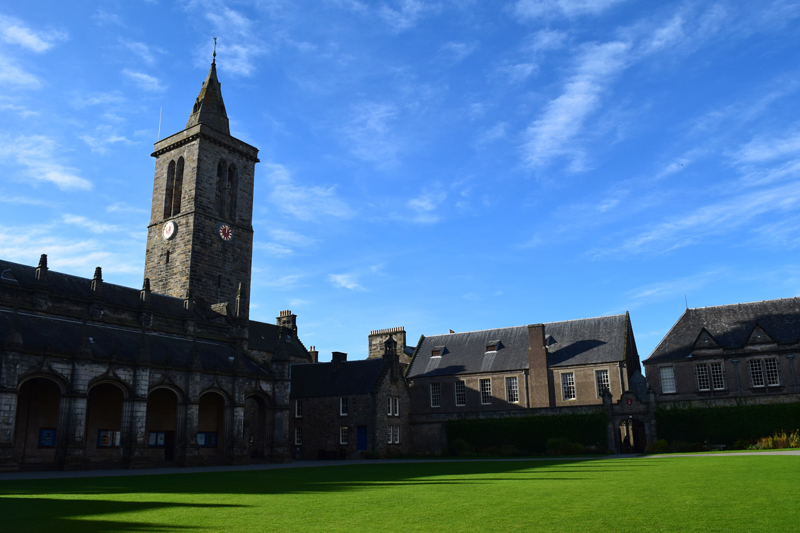 St Salvator’s College was founded in 1450 by Bishop James Kennedy as both an educational and a religious institution, providing a rigorous academic training for young men who would primarily go on to serve in Scotland’s late medieval Catholic Church.

During the Middle Ages St Andrews was the religious capital of Catholic Scotland. However, in the sixteenth century many Scots turned against Catholicism, inspired by new ‘Reformed’ interpretations of Christianity coming out of continental Europe.

In 1559 the St Andrews burgh officials (inspired by the Protestant preacher John Knox) officially rejected Catholicism, and set about transforming local religious buildings, smashing altars and statues, burning church furnishings and books, and ending the religious function of many sites within the city.