The SUB2r Alpha camera leverages the FX3 controller for USB 3.1 generation 1 bandwidth up to 5Gbps, enabling it to stream uncompressed, High-Definition (HD) video at both 4K at 30fps and 1080p at 60fps. FX3 allows audio captured by the camera’s onboard dual microphones or external microphones to be interlaced audio with the video stream. The controller also provides access to the camera’s output via USB or Gigabit Ethernet.

EZ-USB FX3 is the industry’s only programmable SuperSpeed USB peripheral controller. It is equipped with a highly configurable General Programmable Interface (GPIF II), which can be programmed in 8-, 16-, and 32-bit configurations. GPIF II allows FX3 to communicate directly with application processors, FPGAs, and image sensors and provides a data transfer rate at up to 400Mb per second. FX3 manages the Alpha camera’s I2C configuration master for reconfiguration of the system’s FPGA over USB with remote updates. The solution adds to the flexibility of SUB2r’s camera platform, allowing users to optimise it for high quality streaming of virtual reality or video game play, motion pictures, 3D imaging, scientific research and many other applications. 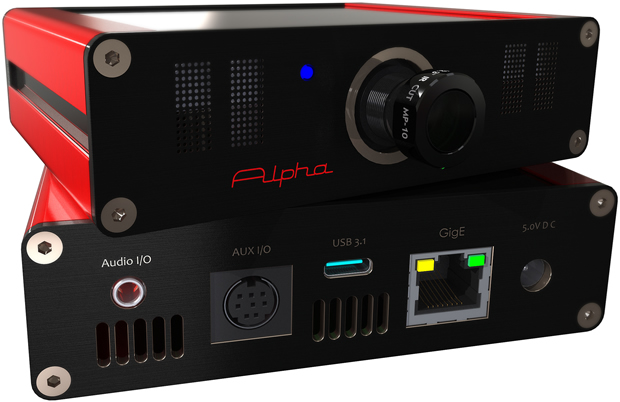 “For startups, and hardware startups, every resource is precious, so it is essential to have a good working relationship with your key component suppliers—really they aren’t suppliers, but your partners in your success,” said Richard Neumann, CEO and Co-Founder of SUB2r. “Cypress has gone above and beyond in providing technical and engineering support—we even shipped a camera to their engineers so that they could help us resolve an issue. Their support enabled us to cut development time and cost, and FX3 allowed us to differentiate our camera platform with streaming 1080p and 4k over USB3 and with video interlaced with audio. We look forward to building our partnership with Cypress as the SUB2r camera launches into production.”

“We have worked closely with the team at SUB2r to maximise the customisation of their camera platform, which expertly showcases FX3’s programmability,” said Mark Fu, Senior Marketing Director of Cypress’s Wired Connectivity Business Unit. “FX3 provides Cypress’s customers with the robust SuperSpeed performance they need and the ability to optimise their designs to create innovative, differentiated products.”

The SUB2r Alpha camera supports an interchangeable camera board, making upgrading or changing the image sensor merely a matter of swapping boards—instead of having to buy a new camera. The wide sensor selection gives users the opportunity to choose 4K or 1080p resolution, High Dynamic Range (HDR), monochromatic, or fast frames per second. Interchangeable optics using affordable M12 (s-mount) lenses offer high-quality and non-distortion with thousands of options. Dynamically controlled onboard compression allows users to control resolution, frame rate and all aspects of compression—both intra and inter frame and upload bit rate. In addition to pristine video, the camera captures synchronised audio through external and onboard dual mics, interlacing audio with the video stream. By far, the most compelling feature of the camera is controllability. Users are given direct access to the CMOS sensors for strobe and synch functions, as well as on-chip registers. The FPGA on board is also accessible, giving developers the option of implementing their own code.