Enabling the growth of the safe, secure, smart city

With the rapid adoption of LED streetlights, cities across the world are beginning to realise the upgraded utilities are worth more than just their energy savings. They’re enabling smarter cities that offer safer, more secure environments.

Read a few headlines from those cities at the forefront, and you’ll get the picture:

In Barcelona, sensors on streetlights are monitoring air quality, sending information to city agencies and to the public, while providing free Wi-Fi to residents and tourists throughout the city. In bicycle-heavy Copenhagen, lights are tied to traffic signals and motion sensors to create a safe cycling experience. And in Kansas City, sensors on lamp posts are notifying the public of available parking spaces.

The convergence of LED streetlights and additional sensors has helped cities move beyond dimming lights for increased energy savings and into solving problems that can improve the overall safety and security of individuals in an area. (In the case of Barcelona and its free Wi-Fi, they can also make those experiences more connected and convenient, as well.)

While using LED streetlights to solve a single problem, like those mentioned above, is notable, these single-use applications are just the beginning. In fact, municipalities using LED streetlights as a solution to a singular problem are several steps away from the full promise of heightened safety and security that smart cities bring.

LED streetlights, and the poles they reside on, are uniquely positioned to power smart cities as data-collecting hubs and digital platforms from which cities can do a variety of things: improve visibility, monitor traffic, and provide better location data in emergency situations. And they can do it all at once.

For a sense of what’s to come, cities need look no further than the buildings within them. Commercial buildings have, for a while now, tied together their core components of heating, ventilation, air conditioning, lighting, and security to create efficiencies and improve experiences for those who spend time inside them.

Streetlights have the ability to do the same for city occupants.

To get where buildings are, however, cities need to think more broadly about streetlights and how they can become platforms that serve a multitude of applications for improving safety and security needs, as well as for improving overall experiences while outdoors. They also need to think about how they’ll enable those applications through the right hardware and technology.

Collecting Data
One of the most practical considerations for cities is determining which type of data they’ll be collecting, how they’ll collect it, and how much they’ll collect. It may seem obvious, but it also points to a limitation: Street lamps are low-profile in nature and need to remain aesthetically pleasing (or, at least, unoffensive).

Because of their prevalence - and the number of local municipal regulations guiding overall design - streetlight fixtures are limited in the number of sensor and communication nodes that can be practically attached to the street lamp and pole.

The problem, of course, is this: if a city needs a variety of sensors and communication nodes to develop its smart city capabilities, and it plans to use street lamps as the platform to do that, data collection will become a problem. Start decorating a streetlight with too many sensors, cameras, microphones, and it’ll become very unsightly very quickly.

Artfully integrating those devices, then, can pose a data communication and power distribution challenge: Even a seven-pin socket can only handle two or three non-lighting functions.

To overcome this challenge, cities will need to create easily extensible platforms that don’t look too ugly or too like big-brother.

Building for the future
In a perfect world, municipalities that see upgrading their high-pressure sodium lamps to LED lamps as an opportunity to build out their smart city infrastructure will do so all at once with all departments and stakeholders involved. 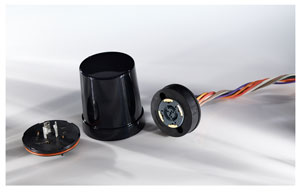 While the reality of that happening is likely a dream scenario for everyone, doing this today can insulate a city from the painful proposition of buying something today that won’t work with something else you buy tomorrow. Sort of.

Using LED lighting as a new digital platform comes with it an inevitable reality: Industry players will continue to develop new widgets and new tools, with new capabilities. And they’ll be things cities will want to use. With more than one-third of all smart city initiatives being publicly funded, then, future-proofed designs are a necessity.

Industry organisations, such as ANSI and Zhaga, recognise the need for future interoperability. While both have standards for the form, fit and function of street lights, they’re now working toward standardisations for capabilities in the present and future. Of course, backwards compatibility is a key component of that conversation, and would require that all new products work with currently installed bases, as well. 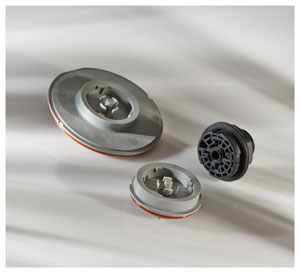 TE has worked closely with both organisations to develop those standards, while also working to develop products that meet the needs of municipalities looking to turn their streetlights into a platform for smart city development.

Two TE products in particular - the ANSI C136.41 LUMAWISE dimming receptacle, and a module, the LUMAWISE Endurance S, which serves as an electrical interface between receptacles and sensors - allow for municipalities to begin building their smart city capabilities while future-proofing themselves. Taken together, the products provide the dimming capabilities that provide significant energy savings to cities while creating a compact, full-powered platform that allows for an array of complex tools and hardware combinations that will drive smart city developments.

These products also lower the bar to entry for smart city development via streetlights. And with industry analysts predicting that upwards of 85% of all streetlights globally will be LED-driven by 2030, that’s a significant development.

With industry players like TE making strong developments, and LED lights being adopted at such a rapid pace, cities no longer need to struggle with how they’ll enable better data collection and improved safety and security. The answer is on their streetlights. What cities will need to consider, however, how they’ll utilise their lamp posts and lights as hubs and digital platforms to increase the safety and security of their cities.