It’s been 70 years since Raytheon’s Percy Spencer discovered that passing too close to his radar experiment would melt the chocolate bar in his pocket. Spencer’s discovery that microwaves could be used to heat up food led to the development of the magnetron, the vacuum tube-based component which generates microwaves in microwave ovens, commercialised in the late 1940s. Since then, technology has moved on but magnetrons are still widely in use in home ovens around the world. Larger versions also power industrial ovens, as well as industrial heating and drying processes. However, developments in solid-state RF power sources, driven by new GaN-on-Silicon process technologies, are enabling a new way of generating RF energy which is much more efficient, reliable and allows an unprecedented level of control.

A solid-state RF power source uses electronics to turn electrical energy into RF energy that can be used for localised heating (see Figure 1). Because they use modern electronics, these systems can use precision techniques both to control the RF signal emitted and to use feedback from the system on power and energy levels. The signal produced has a precise frequency, phase and power level and is 100% reproducible, time after time.

“Solid-state electronics allows unprecedented control over the RF signal and feedback of power and energy levels,” commented Klaus Werner, Executive Director of the RF Energy Alliance. “Regardless of whether you need to dose energy very gently, perhaps for laboratory processes, or whether you want to make sure your food heats well in a minute, you always have an idea of the exact amount of energy that you are putting into the process. And that’s really key. With that level of control, you can make sure that you have the right spot, frequency-wise, so the energy reaches where it should go.”

For example, in a microwave oven, the most effective frequency for a particular type of food being cooked can be selected by varying the signal’s frequency and monitoring how much power is reflected at which frequency. This information is fed back to the electronics in a control loop so that the most efficient frequency can be selected - cutting out ineffective frequencies means the food can be cooked using a much smaller amount of energy. The frequency can also change during cooking as the load conditions change (i.e. as the food cooks). This technology, say its supporters, will eventually replace magnetrons in home microwave ovens and industrial applications alike.

Industrial applications for this technology include anything where heating and drying processes are used. Solid-state RF drying may be used to dry sheets of paper in a precise and repeatable way, or for drying glue during the wood laminating process. It may also be used during food processing, for example, for drying baked goods such as biscuits. Solid-state RF heating is already used in Australian timber production where precise control of the energy reaching the wood allows bugs to be killed without warping the timber. 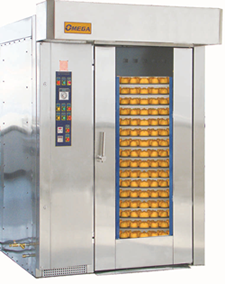 The first widespread applications will likely be in industrial cooking. For example, 100kW magnetrons are widely used in industrial microwave ovens which pre-cook meals for the Asian market, but used continuously, the magnetrons wear out in a matter of months. Changing the 20kV magnetrons requires system shut down, resulting in yield loss every time it happens. Moving to solid-state RF energy means the ovens benefit from the lifetime of modern electronic devices - in this case, ten years or more. The technology is low voltage (28-50V) so the electronics can be much smaller in size than the systems they replace, and easier to maintain. And because the technology is so much more energy efficient, there are big savings to be made in utility bills.

The main complaint about solid-state RF energy systems up to now is that they have been too expensive, a problem which Werner says the RF Energy Alliance was set up to tackle.

“We can apply all the tricks that the industry has learned on taking the cost out of electronics over the last 50 years. We can apply that to technology which is perceived as very expensive,” Werner added, explaining that as the technology moves from niche military systems to mainstream consumer electronics, volumes will help to bring the cost down.

“There are a couple of markets that are really large, completely unlike the markets that are currently amenable to high frequency, high power stuff,” he said. “One is cooking. We are talking about 70 million microwave ovens being sold every year – if there are two to four power amplifiers per system, this will give rise to something like 200 million transistors. That is exactly the same amount of transistors as is currently being sold for all applications that are on the market together. So that alone will definitely change the game in this industry.”

Above right: 100kW magnetrons are widely used in industrial microwave ovens which pre-cook meals for the Asian market, but used continuously, the magnetrons wear out in a matter of months

Enabling technologies
Why has it taken so long to come up with a viable electronic replacement for the decades old magnetron? The answer is that the power transistor technology required for power amplifiers in RF energy applications hasn’t been efficient enough, or cheap enough, until now.

There are several key enabling technologies behind a successful transistor for RF energy power amplifiers, explained Mark Murphy, Senior Director for RF Power at MACOM. The first is Gallium Nitride-on-Silicon (GaN-on-Si) process technology. MACOM’s version is currently in its fourth generation, which offers superb energy efficiency - the company’s flagship transistor (MAGe-100027-300C0P) offers up to 70% efficiency while supplying 300W continuous wave power. Comparing this to the incumbent technology, silicon LDMOS (see Figure 3), this represents a considerable advance, allowing four to six times the power density from the same die size. The technology also offers impressive ruggedness - the breakdown voltages that can be achieved are in the region of 200V, with an MTTF of 100 years at a junction temperature of 200°C.

“It’s all about heat dissipation and energy consumption. The less heat you generate, the easier it is to design a complete application or system,” Murphy commented. “GaN’s power density enables smaller size and increases the benefit from your power structure, because now from the same piece of silicon you’re getting at least three times more power.”

Since these features are based on the properties of GaN, they are common to a competing technology, GaN-on-SiC (silicon carbide). However, as Murphy explains, GaN-on-Si has two further advantages over GaN-on-SiC.

“Supply chain, and cost,” he added. “[GaN-on-Si] can use eight inch wafers, and it is silicon-based which is a very cheap material. Comparing GaN-on-Si to GaN-on-SiC, SiC today is mostly on four inch wafers. There is some discussion about moving to six inch but if you look at the economics and how much demand there is, I personally don’t believe that will happen, I think SiC will stay at four inch.”

Aside from larger wafers, MACOM has several other cost reducing technologies up its sleeve. The expensive ceramic packages that power transistors generally use have been nixed in favour of a special, cheap over moulded plastic package, which can be mass produced. The company also produces complete modules using its transistors to allow integration into designs where the designer doesn’t necessarily have RF design experience. Murphy also highlighted that this will cut down customers’ design efforts and timescales.

While the solid-state RF energy market includes a wide variety of applications, industrial cooking, heating and drying are set to be amongst the first to take advantage of this breakthrough technology. Consumer white goods will surely follow, and beyond that, medical, lighting and automotive applications. GaN is the key enabling technology for all these applications, and with efficiencies and cost structures more compelling than ever before, solid-state RF energy is already on the critical path towards mass market adoption.

A selection of Frequency articles for further reading