Electronic Specifier takes a look at the top 5 tech innovations based on animals.

As a chameleon shifts its colour from turquoise to pink to orange to green, nature’s design principles are at play. Complex nano-mechanics are quietly and effortlessly working to camouflage the lizard’s skin to match its environment. Inspired by nature, a Northwestern University team has developed a novel nanolaser that changes colours using the same mechanism as chameleons. Read more. 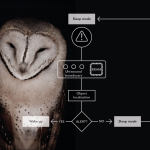 Whether you love them or hate them, spiders play an important role in our ecosystem by keeping the insect population down. Without spiders, it is believed that our crops, and therefore our food supply, could be put at risk from insects eating through them. Read more. 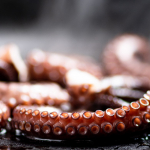 A team of researchers have developed Octa-glove – a device capable of securely gripping objects underwater. The glove is designed to perform the same function as a sucker of an octopus. Compliant, rubber stalks capped with soft, actuated membranes are capable of adhering to flat and curved surfaces. Read more.

And finally, one from our sister publication IoT Insider.

Compared by many to the rogue robotic dogs in the perception challenging series Black Mirror, Robodogs are being used by the police, fire departments and the army to assess potentially hostile situations without endangering lives. Designed with human and canine safety in mind, the dogs are a remote-control operated device that uses thermal imaging with LIDAR sensing technology to create a 3D map of an environment. Read more.