Key considerations when it comes to designing security devices

In 1880 the first movie cameras were developed by Thomas Edison and William Dickson. The seed for video surveillance had been planted. During World War 2, miniature portable cameras appeared, making covert surveillance possible for the military. Shortly after, Closed Circuit Television (CCTV) was first used in Germany to monitor the launch of V2 rockets. And the rest, as they say, is history. But the history of surveillance is far from over.

Surveillance today is much more than just CCTV. It now includes things like police body-worn cameras and the use of drones.

New developments are appearing on the scene that have the capabilities to take the use of surveillance by the military or for security to a whole new level.

The future of surveillance

Robotics
The UK Ministry of Defence recently pledged funding of £66m to fast-track the development of military robotics for use on the battlefield. The funding will be used to develop technology such as small unmanned aerial vehicles (UAVs) for greater situational awareness, intelligence, surveillance and reconnaissance.

Small UAVs can provide aerial surveillance and reconnaissance at a smaller cost and lower risk to human life than manned options, such as helicopters. However, it’s not just their size that makes them more discreet: helicopters flying at 500ft can make noise of around 80-90dB.

Of particular interest, in relation to surveillance, is the ability to produce components and parts for unique situations or locations.

But problems still remain, as one study noted: ‘Even the most well-known and developed of the current [additive manufacturing] technologies are not suitable for applications requiring very precise and fixed tolerances.’

UVs
Unmanned vehicles and the surveillance opportunities they open up require a manufacturewho understands exactly how to create electronics that can withstand hazardous – or, at best – challenging environments. 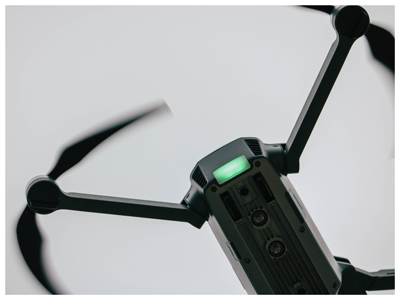 To design UVs and surveillance equipment that can withstand such situations calls for an in-depth understanding of suitable casings and the ability to pack a lot of functions into a very small space.

And rugged exteriors and interior casings must protect these incredibly complex and intricate electronics.

Surveillance devices can increasingly analyse and understand what they record, and respond accordingly.

Devices already on the market act as Google for CCTV. They are instantly searchable and capable of recognising hundreds of thousands of natural language queries, to search without having somebody physically sit and review hours of footage.

What’s more, AI is being developed that will recognise likely situations, providing pre-emptive notifications of a possible fight, for instance.

In its survey of the future of surveillance, the European Commission identified that:

‘Surveillance will increasingly be deployed for pre-emptive purposes by governments and companies. This is driven by an increase in computing capacity, miniaturisation of devices and improvements in performance, together with increased public use of digital media.’

But it’s not all about cameras: remotely readable RFID tags are increasingly attached to consumer goods and access control cards. This is just one example of how the IoT can make some aspects of the physical world as trackable as internet activity.

In the near future we will see these sensors and tags become ubiquitous, dramatically smaller and much more capable through the application of nanotechnology.

Increasingly, it’s not just about surveillance devices but connected intelligence. The defence sector is discovering how the ability to analyse Big Data will make it more efficient and more effective. And during live combat the ability to assess, assimilate and act on the insights big data can provide can save lives.

Sensors for telemetry (the automatic measurement and wireless transmission of data from remote sources), drones and other military and airborne surveillance and connected surveillance tools can help the military generate vast amounts of data. If this can be intelligently and automatically linked it will play a massively important role in improving how and where people and assets are deployed.  In modern combat and counter-terrorism, data analytics is now emerging as one of the defence industry’s most effective weapons.

Then overlaying this into interactive infrastructure mapping and database resources allows a high degree of context and spatial analytics, enabling vast amounts of data to be filtered to identify that one critical circumstance of interest. Millions of people will pass through an international airport in a day, so why is that one passenger or package worthy of attention? These devices can help to make that distinction.

Chemigraphic specialises in the sophisticated assembly of surveillance products. Through early engagement and design for manufacture services it can support engineering teams to generate and validate designs equipped for the latest, emerging technology.