Electronic Specifier takes a look at the top artificial intelligence products to have been released in April.

Robot cheetah that taught itself to run

Back in 2019, MIT (Massachusetts Institute of Technology) debuted its four-legged robot which was the first of its kind to do a backflip. Lightweight and high-power, its motion is reported to rival that of a champion gymnast.

Last month, further news was released that the mini cheetah has learnt to run. Deep learning has enabled the robot itself to run through a process of trial and error. The collaboration of Gabriel B Margolis and Ge Yang’s work resulted in really fast, low-motion behaviour.

cogniBIT and dSPACE are working together to make traffic scenarios for the development and testing of autonomous vehicles even more realistic.

Smart speakers are a relatively new class of consumer audio device with unique characteristics that make testing their audio performance difficult.This overview of smart speaker acoustic measurements has a focus on frequency response – the most important objective measurement of a device’s audio quality.

A smart speaker is an Internet-connected (usually wireless) powered speaker with built-in microphones that enables you to interact with an intelligent virtual assistant (IVA) using voice commands. 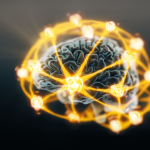 Artificial intelligence is used in various applications, such as speech interpretation, image recognition and medical diagnostics. It has also been shown that quantum technology can be employed to achieve a computing power greater than that of the major supercomputers.

Physicists at the National Research Council (CNR), the Politecnico di Milano and the University of Vienna, have developed a device, called a quantum memristor, which could combine artificial intelligence and quantum computing, opening as yet unseen potential.

The experiment was carried out in an integrated quantum processor, working with single photons. The work was published in Nature Photonics.

Its SenDISA product platform fuses together data from multiple sensors in real time, extracts what is relevant and then uses AI to help customers reduce costs and increase revenues.