Home > News & Analysis > Self-powered electronics: the race is on
Webinars

Self-powered electronics: the race is on

This webinar shares some of the research for the new IDTechEx report, 'Energy Harvesting for Electronic Devices 2020-2040'. It comes at just the right time. The world's first self-powered smart watches have just arrived. They are not full-function but we are getting there. That billion a year harvester potential will be followed by similar numbers of Internet of Things nodes. Learn other big prizes making several of the world's largest companies research energy harvesting.

Energy harvesting is a key enabling technology for these when it was not the case for the emergence of mobile phones and computers. Indeed, the hand crank/solar radio graduating to be the pendulum generator/solar watch shows how two forms of harvesting in one device are increasingly seen, one smart watch melding thermoelectrics and solar. Three next? Indeed, wireless, no-battery building controls already harvest using up to three modes.

That multiplier effect powers demand well beyond $2bn in 2030 and much more beyond, on IDTechEx 20 year forecasts. Smart skin patches electrically powered by sweat, implants and medical wearables triboelectrically and electrodynamically powered by heartbeats, temperature differences, body movements. All are on the way but there is more that is covered in this webinar and far more thoroughly in the report itself. 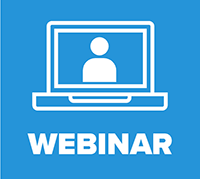 A selection of Webinars articles for further reading