Like everyone, members of ITSA the UK’s Interconnect Technology Suppliers Association were extremely glad to see the back of 2020. Now, with a Brexit deal done – ‘The jury is out on that one’ said ITSA Chairman John Biggs – and increasing confidence in the vaccine programme, 2021 has all the makings of a year where the connector industry will make up some of the losses experienced during the first nine or ten months of the pandemic.

“Year on year comparisons cannot be in any way reflective as the market was affected globally by a pandemic that had a totally unexpected impact on every aspect of our members businesses,” said Biggs. “At the same time, we also had BREXIT which clearly added to the uncertainty although members experienced a degree of contingency stocking across many industries to protect against a no deal. In the end that was not needed but the true impact is still unknown.

“Now that the BREXIT dust has settled, we are in the process of producing a report on the deal and how it has impacted its members.”

In 2020 ITSA’s membership saw an overall UK revenue decline of around ten percent (dropping back to 2017 levels) although orders were down 14%. What was interesting is the fact that the Export data reported was very similar to this. Despite a reduction in sales last year, the feedback coming from the industry is that profitability was maintained or, in some cases, impacted only minimally thanks to pandemic-related cost savings on travel, exhibitions etc.

Certain market sectors experienced a huge negative impact. For obvious reasons, consumer was down 88% but thankfully this sector represents only a fraction of ITSA members sales. Broadcast and Entertainment were down 45% which came as no surprise but all the talk of shows, events and festivals on the horizon should be positive news for this sector.

Distribution was also badly affected to the extent of a 15% reduction and this had a particularly noticeable impact on member sales.

Sectors with positive news were communications up 29%, probably due to the investments made to meet the increased demand for broadband width for home working and schooling and medical which was up 86% for obvious reasons.

Value Add, which is a significant portion of members revenues, declined by 19% in 2020 with fibre optic down by 41% and hybrid by 78%. It’s worth noting that some of the reduction in hybrid can be attributed to a number of ITSA members moving manufacturing to other locations within their corporation.

For 2021, ITSA members are looking at a possible small negative or flat first half and then potentially a stronger second half as the Government’s infrastructure projects and incentives in the budget could help economy to recover. Most members are projecting that they will return to 2019 levels by the end of 2022, however, some analysts are predicting a four-year recovery.

A very positive aspect is that members’ parent companies continue to plan investments, developments etc and it is really heartening that they seem to be taking this difficult period to look to the future and plan ahead. 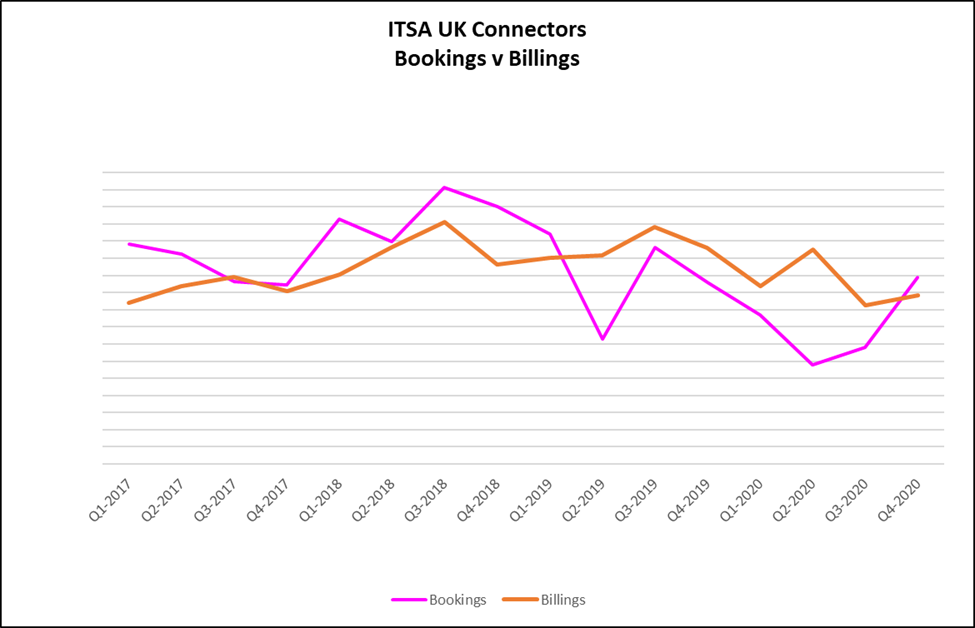 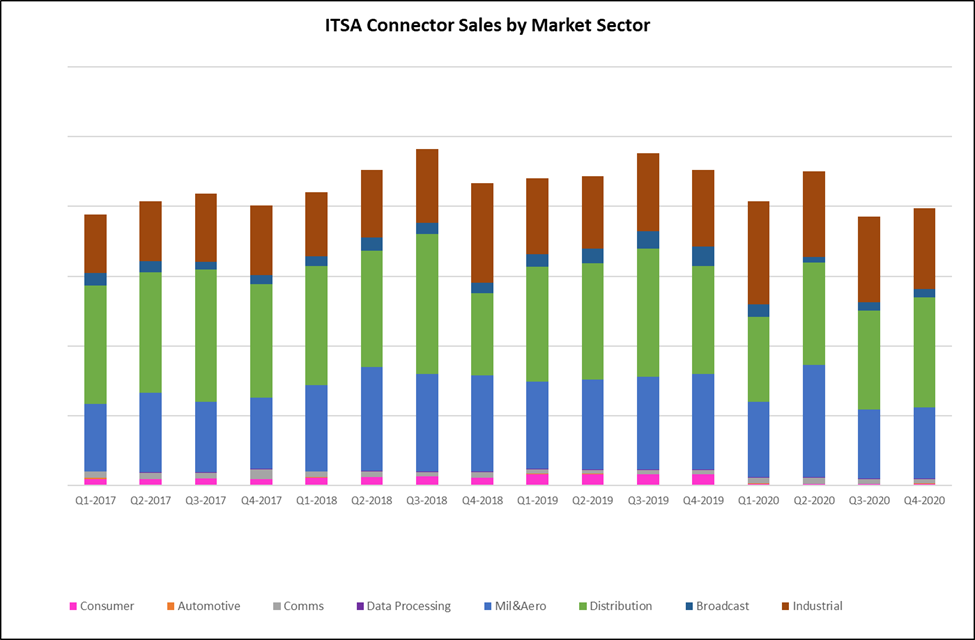 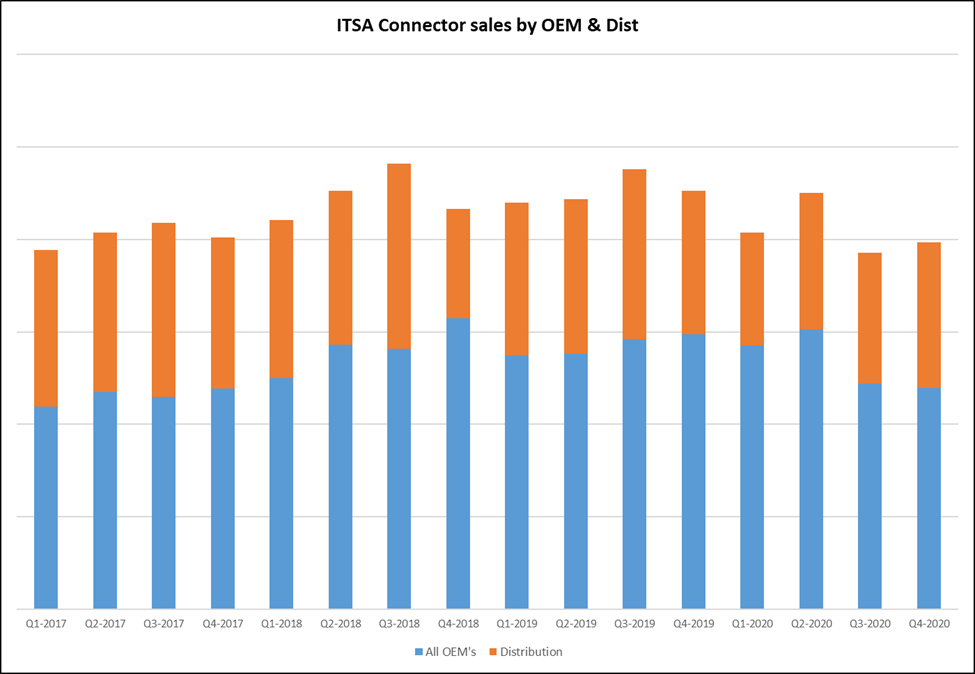 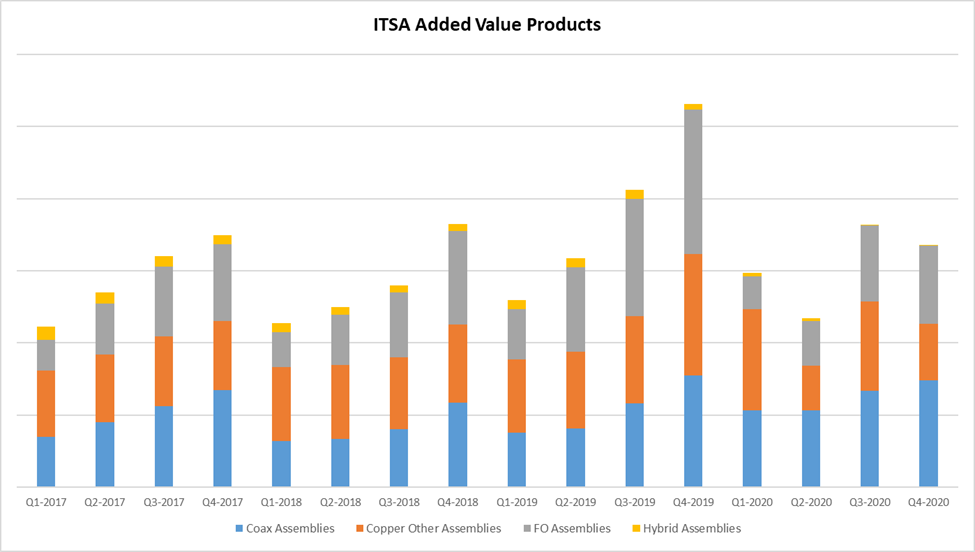 A selection of Latest articles for further reading