Wireless E-Kanban system to be presented at the LogiMAT

However, new and significantly more compact access points now mean an even more versatile infrastructure. The application server which was previously a requirement has been eliminated: the wireless signals passed on by the access points are now sent directly to an IP address and processed by the user's IT system.

At the LogiMAT, steute will be demonstrating an E-Kanban system which can be used, for example, for replenishing components at assembly workstations, and which communicates via sWave.NET. 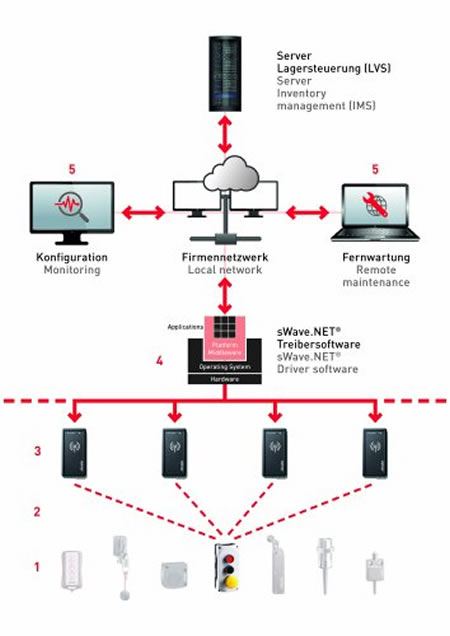 With the sWave-NET technology, steute has recognised an optimised communication protocol for extremely low-energy wireless sensor networks. Its dynamic self-organisation makes it easy to configure and maintain, as well as extremely robust.

Low-energy wireless switches and sensors communicate with the access points via a special routing procedure and without the need for cables. The access points can be integrated in the global IP network via a web portal.

Additional new features of the second sWave.NET generation include the choice of three different transmission frequencies: 868, 915 and 922MHz. The wireless network is thus compatible with wireless standards in Europe, North America, Australia and Japan, enabling it to be used all over the world.