Close customer contact keeps Digi at top of its game

Since its inception in 1985, Digi International (Digi) has been a key international player in the connectivity market. Through a combination of regular appearances at major trade fairs and more intimate customer meetings, the company keeps a strong focus on what matters: the client. Digi’s Chief Technology Officer, Joel Young (pictured), was recently appointed Chairman of the IoT M2M Council (IMC), and in an exclusive interview with Electronic Specifier he explained both his new position and Digi’s plans for the year ahead.

Young was not initially keen to join the IMC because he feared trade organisations result in many vendors talking together but not actually solving any problems. Having made his viewpoint clear and being assured that this would not be the case, Young got involved in the IMC early on and Digi has been on the board of governors since the group’s inception.

The IMC was established to answer what Young called: “a real need for how we can connect suppliers of different parts of IoT technology with customers.” Prior to the IMC’s creation, customers were, in his opinion, very confused. 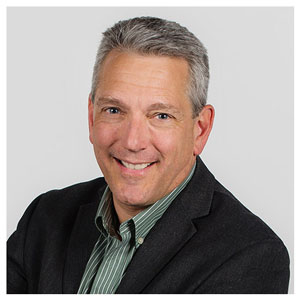 Since becoming operational in 2014, the IMC now has over 20,000 adopting members and gains approximately 300 new members each week. Young explained that it is free to become an adoptive member, the only thing you must do is give the IMC information about the connectivity problems you have and what you’re trying to do, and be willing to be contacted if the IMC want more information from you. Once you are a member you can then get access to information or buy services.

As a result of this sharing of information, companies such as Digi are able to adapt their offers in order to solve real problems. Young reiterated that his goal is to “actually engage with customers and provide value for customers,” and was pleased to say that it has been working well thus far. “We can align our needs with real, breathing customers that have problems, instead of these grand hypotheses that come out of what the IoT is and what it should be.”

While the IMC doesn’t restrict any adopting members, the majority are commercial entities, businesses or manufacturers that are trying to figure out how to take advantage of IoT and technology to improve their business.

To explain, Young gave the example of a pumps and valves manufacturer. While it knows pumps and valves really well, it may have no idea how connecting its products to a back end application could drive more business value. The IMC looks to aid these manufacturers in their choice of cloud platform and connectivity technology, for example.

For the rest of 2017, the IMC wants to continue getting more adoptive members. In addition, the Council are hoping to increase the offers it can put together for these members. It has recently branched out into the RFP framework – if a user wishes to put out an RFP for an application enablement platform they can purchase a template of exactly how to do so. They will discover exactly what it is, what security concerns they should have and how to evaluate it. Ultimately this cuts down the RFP from a year to a matter of a month. The IMC’s goal for this year is to continue refining this process.

Aside from his role at the IMC, Young has recently been in Barcelona for the Mobile World Congress (MWC). When asked about Digi’s strategy for the European trade shows, he explained: “we try to divide and conquer a little bit, so that not everyone’s everywhere.” While he fears that certain big shows have become a little “stuck,” Young has found that MWC and Embedded World have done a good job over the years of evolving to the point where they have focused pavilions on problems that customers actually have.

For Digi, trade fairs are a great place to go and meet with people, potential partners and customers, but it also does approximately a dozen small shows and workshops in Europe yearly, including one in partnership with Arrow. The company is starting to look at co-marketing with partners and attending further trade shows in Europe.

In addition to shows, Young is a big believer in visiting customers to really understand what their issues are in order to make its products better. He explained: “I find that doing one-on-one meetings with customers, augmented by discussions at shows, gives us more insight.” He believes that many companies today don’t think about the problems someone has, they just try to sell the product they have. Digi tailors its product offering in order to meet its consumers’ needs.

Digi’s latest product is the Connect Sensor+, a battery-powered sensor monitoring cellular gateway solution which, Young claims, is “a great product for connecting sensors in areas where there isn’t any power.” It is suitable for waste water, energy monitoring, oil and gas, tank monitoring and usage consumption applications. According to Young, what distinguishes the Connect Sensor+ from its competitors is the ease in which data can be extracted from it to a place that is easy to consume.

Compared to its predecessor, the Connect Sensor, the Connect Sensor+ has the advantage of supporting Modbus and Wired HART protocol. Young explained that, despite being over 40 years old, Modbus is still a very common protocol for sensors and valves applications. Through a combination of the Connect Sensor+, bundled with Digi’s centralised cloud management capabilities, users can easily merge this protocol into a database structure centralised cloud-based system. No matter the protocol, whether it’s ModBus or other, Digi can extract all the data for you. Young reiterated: “you just plug it in and the data’s there, whether it’s ModBus or Wired HART, no problem, we extract all that data away for you.”

To make the Connect Sensor+ easier to use, Digi is currently talking to mobile network providers. Young made it clear that while the company is not trying to compete with the big providers, it has found that some customers do not want to have to communicate with them directly. In order to provide an out-of-the-box connectivity experience, Digi can offer a bundled cellular service with its data offerings on its product. Young stressed that if a customer wants to use a different network this is not an issue, its products are not restricted to one network.

Digi has been in the RF/wireless business since 2006. According to Young, its range of XBee products make wireless connectivity “very easy.” Digi provides the customer with a module that has already been certified by all the major world bodies.

Young explained that the key issue today is the collision between traditional shorter range technologies (ZigBee, Thread, WiFi) and longer range mobile networks (including DigiMesh). The latter, which used to be LTE, is now evolving to LPWAN networks. The connectivity industry is therefore going to see a collision between radios like Thread and ZigBee and LPWan: “Over the next few years this space is going to be very exciting, we’re going to see a transformation of how we think about connecting remote sensors in the world.” Digi is a market player in both short range and long range RF and the company wants to be sure to  capitalise as these markets evolve.