3D printed trainers made from trash

Coinciding with the Paris climate change agreement, Adidas has shown off its new trainers. Made of a combination of plastic found in the ocean, recycled polyester, and fishing nets, these sustainable shoes were 3D printed. For now, they’re just a prototype, but this collaborative effort with Parley for the Oceans shows what can be done with all the man-made waste drifting in our seas.

3D printing these days is incredibly advanced, with medical scientists even able to print 3D heart structures using off-the-shelf technology, so it should come as no surprise that the midsoles of a pair of trainers can be manufactured using this process. Earlier this year, adidas and Parley for the Oceans showcased a shoe made entirely from recycled ocean plastic and illegal, deep-sea gillnets. The 3D-printed midsole is the new development being showcased this month; it is an offshoot of adidas’ Futurecraft 3D, a technique of 3D-printing midsoles designed to suit the need of any specific individual. 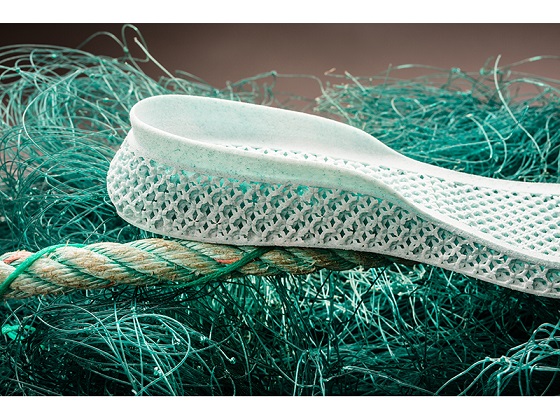 Parley for the Oceans is an organization that seeks to permanently end ocean plastic pollution. Through education and activism, they hope to use high-profile projects like this to draw attention to the detrimental effects that humanity is having on the world’s marine environments.

Plastic is, for the most part, not biodegradable. If it makes its way into the ocean, it will remain there for an extremely long time. Plastic bags take up to 20 years to decompose, whereas a plastic beverage bottle takes up to 450 years. Humanity has flushed and dumped so much plastic into the sea that it is accumulating at an astonishing rate in huge whirlpools known as “gyres.”

Two in the North Pacific, for example, are collectively called the Great Pacific Garbage Patch – as it contains enough surface plastic to spread out across an area roughly twice that of the continental United States, by some estimates. This trash represents a huge threat to marine life.