Countries most at risk of cyber crime ranked

The severity of cyber-breaches has become more and more intense in recent years. As a result, security experts at Specops Software sought to find out which (Western) European countries are the most at risk of cyber crime for citizens.

To find out, Specops Software calculated which country is most likely to encounter cyber crimes by analysing the percentage of cloud provider attacks on Azure and the monthly percentage of machines that encountered cryptocurrency mining, malware and ransomware.

The results show the Netherlands is the most vulnerable European country to cyber crime, with the highest rate of cyber crime. This could be due to the large number of cloud provider incoming attacks (16.28%) to Microsoft Azure in their country.

Next is Bulgaria, who have experienced 17.55% incoming attacks/encounters. In third place is Belarus (10.83%), followed by Ukraine (10.35%) and Bosnia and Herzegovina (7.06%). The United Kingdom rank 17th, due to a high number of cloud related attacks, in comparison to other European countries. Ireland are ranked as the least vulnerable country in Europe, where they had the lowest cyber crime encounter rate in every category, except cloud provider attacks – where there is 0.36% recorded incoming attacks on Azure, detected by Azure’s Security Centre.

The Netherlands received the highest number of cloud provider incoming attacks, with data stating that 16.28% of Azure accounts have faced breaches. They are followed closely by Bulgaria (11.68%). Other countries among the highest cloud attack encounters include France (2.73%), United Kingdom (2.02%) and Finland (1.72%).

The United Kingdom, Norway, Denmark, Switzerland, Sweden, Finland, Austria, Germany and Netherlands are second least likely to encounter cryptocurrency mining, as only 0.02% of machines in each country had.

With the risk of cyber-crime high in many European countries, Aimée Ravacon from Specops Software has suggested three distinct tips to reduce your risk of attacks: “Firstly, stop re-using passwords. When you reuse your passwords, you are opening yourself up to cyber-crime since attackers use your login information from one site to target another site.

“And finally, don’t click on strange links. Phishing emails are designed to look real and can even appear to come from people you know. But clicking on links in a phishing email can open a backdoor for an attacker.” 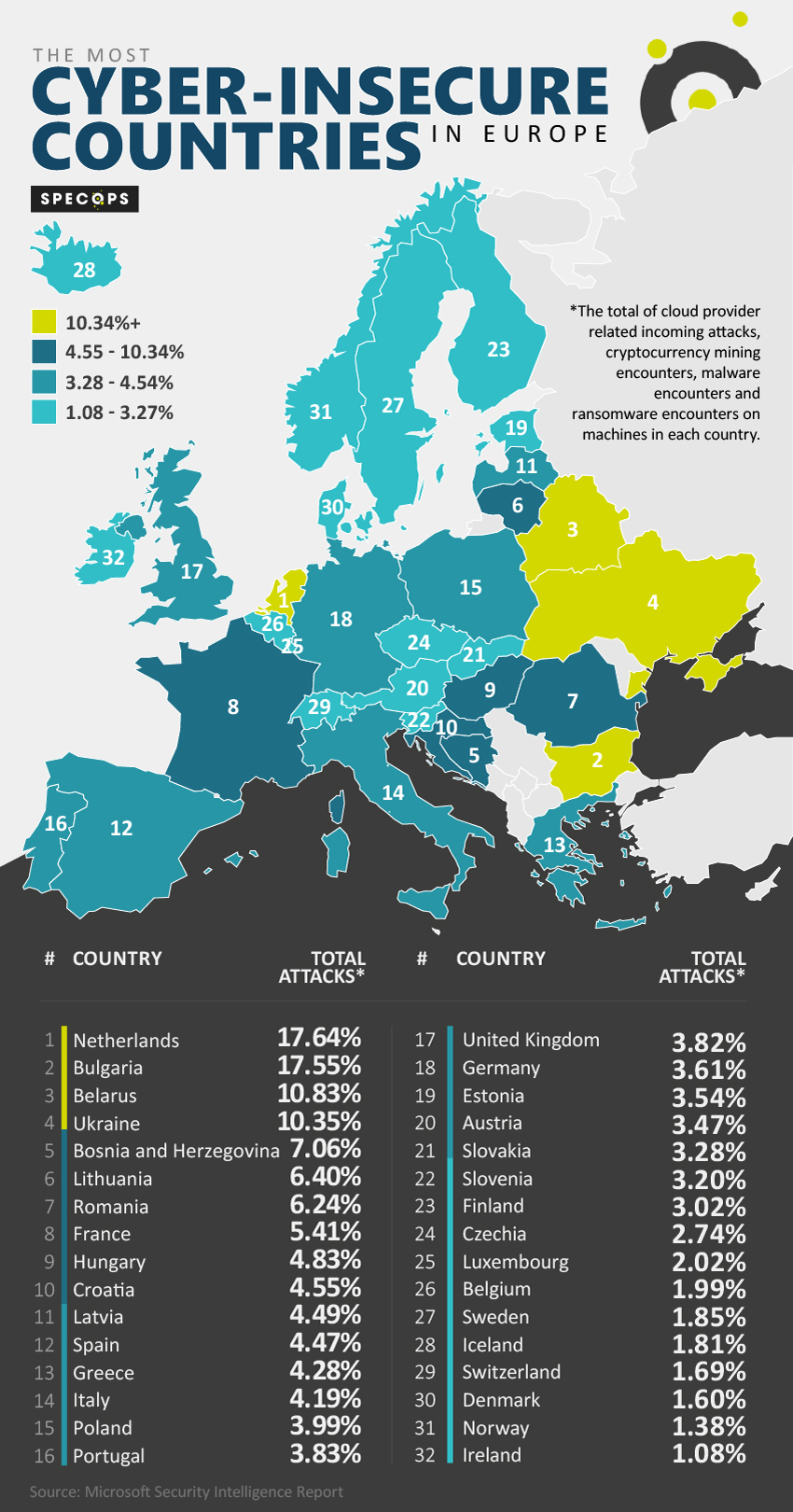