Drones and bat sensors to enhance the cricket experience

Bigger bats, pink balls, covered wickets, hawkeye, Twenty20 and DRS. Cricket is a changing game - and is no stranger to technology. On May 30th 2017 at the International Cricket Council (ICC) Champions Trophy, Intel executives took the stage to share innovations that Intel is bringing to the tournament. These include advanced pitch analysis by an Intel drone, a bat swing profile using a bat sensor powered by an Intel Curie module and a cricket VR experience for the fans at the stadiums.

“We couldn’t be more excited to have Intel as our official innovation partner of the ICC Champions Trophy 2017,” said David Richardson, CEO of the ICC. “The innovations Intel is bringing to the game promise to transform how cricket is experienced and enjoyed around the world, and we look forward to partnering with Intel in this effort.”

Intel Sports Group Vice President Sandra Lopez highlighted the role of technology in transforming the way we play and view sports. With higher levels of digitization, Intel is in a unique position to enable the sports industry to capture and analyze data to uncover and respond to new insights in real time. “Our goal is to lead the way forward into the digitization and personalization of sports, transforming the way fans and athletes experience sports,” Lopez said. 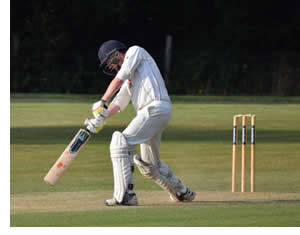 The cherry on this cricketer's bat suggests he's
hit his off drive well. But who can say for sure?
Image Source: Cowdrey Cricket Club

Later, Anuj Dua, director of marketing for Intel’s New Technology Group, detailed the innovations Intel is bringing to the current edition of Champions Trophy. “Cricket, like baseball, is a very quantitative sport,” said Dua, who grew up playing “gully cricket” on the streets of Bombay. “You win or lose a game of cricket by scoring more runs than the opposition. “But measuring and analysing those runs have been largely under explored. That’s about to change.”

For the first time, cricket fans will see bat swing data live during matches and dive deeper into details about a successful hit.

Wireless smart sensors the size of a bottle cap, fitted at the bottom of bat handles, will analyze eight different aspects of a batter’s swing in real time. Dua said this new data will spark colorful conversations during live broadcasts and give fans a deeper appreciation for the game.

In the Champions Trophy tournament, the Intel Falcon 8 Drone, equipped with high definition and infrared cameras will be used for advanced pitch analysis before every match. Images captured by the drone will offer rich visual data on pitch conditions such as grass cover, grass health and topology, which will be used to generate daily pitch reports leveraged by commentators during broadcasts. 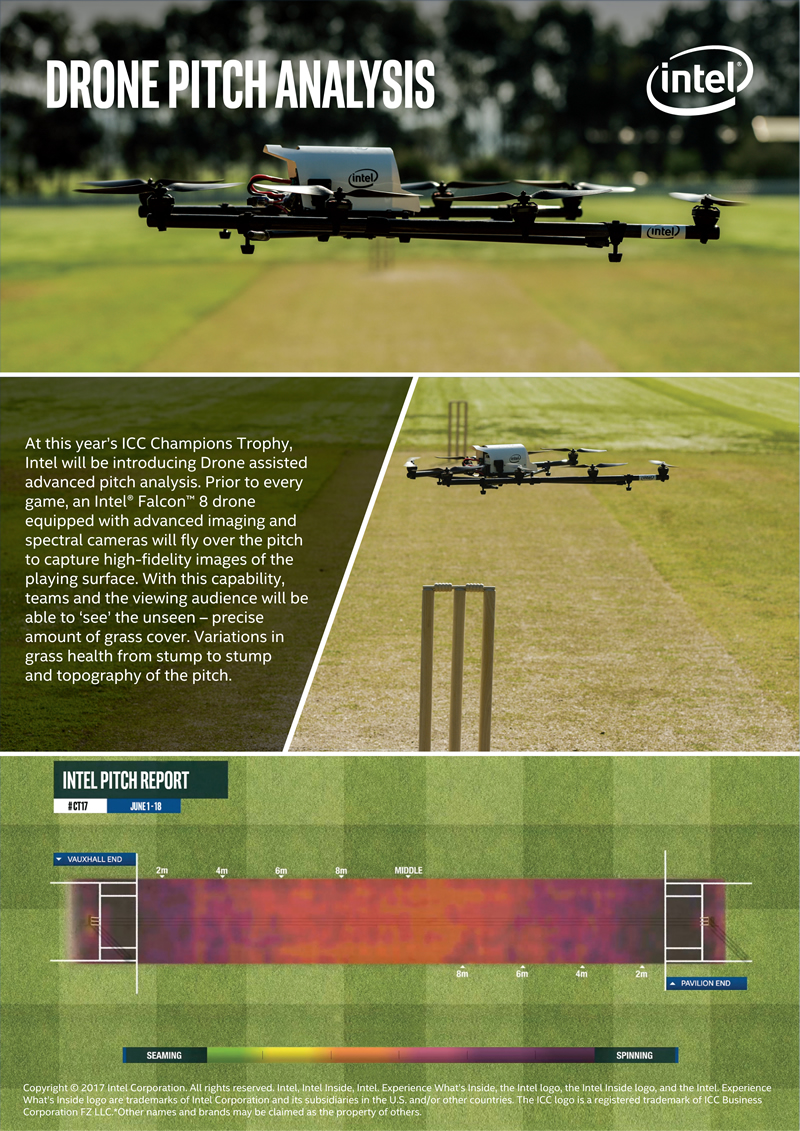 Bat sensor
During his presentation, Dua introduced a bat sensor powered by Intel Curie technology that can be mounted on any cricket bat to generate data for every stroke that the batsman plays. With this technology, parameters like back-lift, bat speed and follow-through can be tracked for every cricket stroke. Several batsmen will use these bat sensors in the games at the 2017 Champions Trophy, enabling new insights on stroke play and rich storytelling during broadcasts.

Speculur Managing Director Atul Srivastava said: “Speculur BatSense with Intel Inside has the potential to transform cricket across a varied audience from coaches to aspiring self-taught cricketers.” Srivastava added: “Coaches can use their insights and expertise along with the bat sensor data to make specific adjustments to a batsman’s technique ultimately helping him perform better.” 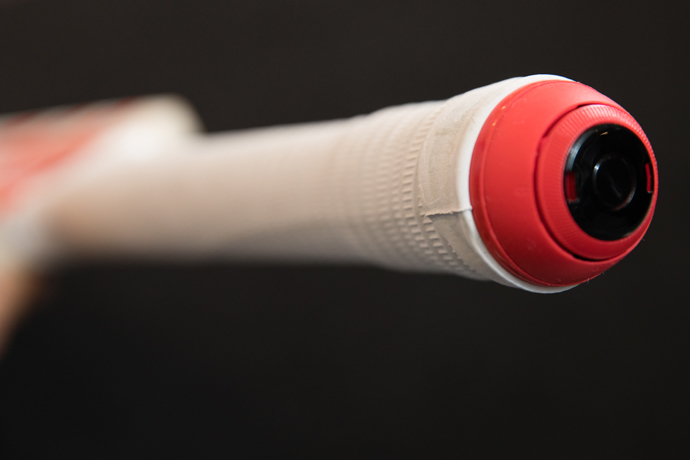 Speculur also announced plans to bring this technology to consumers later in the year. With Speculur BatSense, hundreds of thousands of young and aspiring cricketers will soon be able to measure, track and improve their batting skills. Speculur plans to make Speculur BatSense with Intel Inside available in Australia, India, the United States and the UK in the second half of 2017.

Former English captain-turned-commentator Nasser Hussain, who joined Dua on stage, stressed that technology has and will continue to positively affect cricket in a lot of ways. Player performance, game strategy, adjudication and fan experiences will all change with the introduction of new technologies to the sport.

Virtual Reality
Intel is also showcasing innovative experiences for in-stadium fans. Virtual Reality (VR) experience zones at The Oval and Edgbaston will allow fans to experience facing a virtual bowler in an immersive cricketing environment. Using a Head Mounted Display (HMD), the player will be able to test his or her batting skills against a virtual bowler. Using the Intel Curie technology-enabled cricket bat, the player will be able to see data from a swing, such as bat speed and back-lift angle, as well as a simulated score from the VR session. 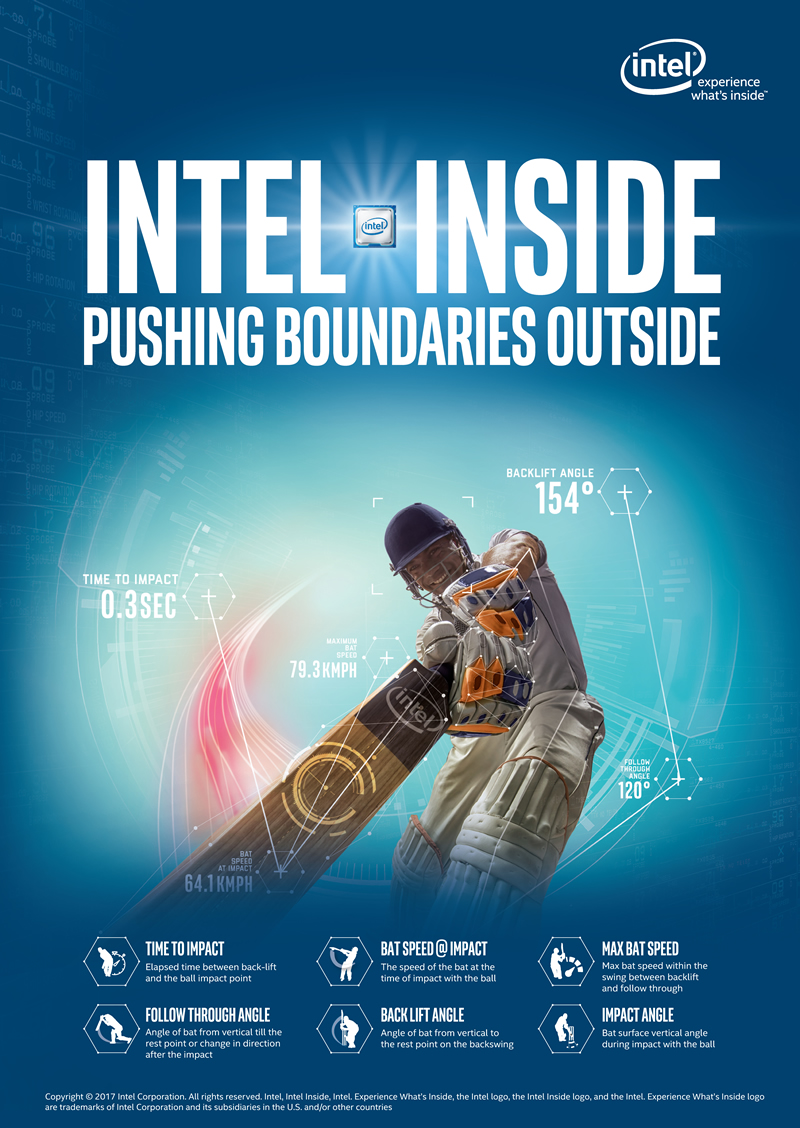