Hotel, motel or Holiday Inn? Guest experience is quickly becoming an increasingly important factor in the hotel world, with decisions being made on where to stay based on service and reliability. To aid with this, service robots are being introduced. But while hoteliers are open to adopting new tech to enhance experience, safety devices are often neglected.

Here, Michele Windsor, Global Marketing Manager from Ultralife Corporation, explains how the company balances its focus between developing new battery technology for hotel robotics with extending its range for smoke alarms (and why hotel managers should take note).

In 2018, the first robotic hotel concierge was put to use in Italy. Robby Pepper is designed to speak four languages, interact with guests and function just as a human concierge would. Due to Robby’s popularity, service robots have quickly become a major selling point for hotels, to the extent that customers could feel disappointed if they lost power and were unable to operate during their stay.

This is why Ultralife developed a range of Lithium Iron Phosphate batteries for robotics, including the smart U1 that can be charged and discharged more than 2,000 times - offering greater service life than sealed lead acid.

However, alongside the introduction of these new robotics batteries, Ultralife never lost focus on improving smoke alarm batteries. As smoke alarms are a vital and legal requirement in hotels, Ultralife recognised that powering them was a key priority that hotel managers have to face and, with most CR123A batteries bearing a six year lifespan, it could become more of a problem than a priority. 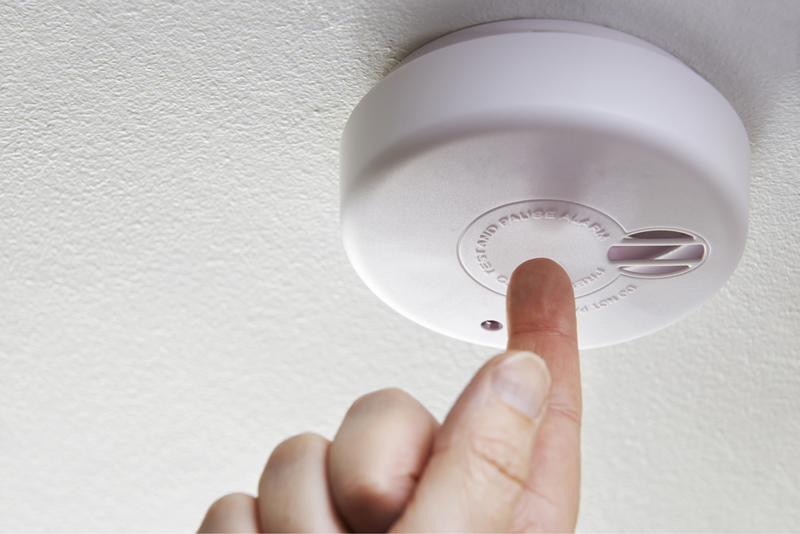 According to the NFPA, one in 13 hotels or motels reports a structural fire each year. While working smoke alarms won’t eliminate this statistic, it will certainly lower it significantly.

Ultralife understood the need for batteries that meet these requirements and developed the CR123A and UB123A. These batteries are designed with safety in mind and are manufactured in the same way as Ultralife’s range of military-approved batteries, giving it the stamp of military approval.

Using lithium manganese chemistry, both batteries have an average lifespan of ten years, offering a more sustainable safety plan for hotel managers. Built in the same way as the Ultralife Lithium 9V battery, they are known for being robust, reliable and rigorously tested.

By using the latest battery technology, hotel smoke alarms and robots can be powered more reliably and for longer, ticking both entertainment and safety off the checklist.

And who knows, maybe one day service robots will be the ones checking and replacing hotel smoke alarm batteries?

Read more
Analysis
Is Mercedes leading the way where car technology is concerned?
Robotics
Consumers become comfortable with robots in customer service
Analysis
Will car owners be easier to cheat when advanced tech is introduced?
Analysis
Smart hotel of the future makes life easier
Optoelectronics
Never fumble for a hotel light switch again
Robotics
What is the future of service robots?
Robotics
Human-robot interaction unlocks potential of service robotics
Analysis
Does your hotel pass these three mobility challenges?
Sensors
New sensor technologies employed in today’s robots
Analysis
Automotive servicing in the era of the electronic car
Analysis
How is digitisation changing the world of work?
Robotics
Mitsubishi brought it all to the 2017 SPS Drives show