Everyone has the potential to contribute to innovation. From ideas that change the world, or disrupt the status quo, to niche solutions that only impact a small number of people at a certain time, human beings are constantly coming up with ideas and solutions that advance the world around us in one way or another. Alejandro Turrell, CEO at LastBasic explains.

When we look back on inventions or ideas that inspire us, however big or small, we tend to only focus on the end product and often it is easy to overlook everything that comes before it.

Often, we forget that some of the greatest inventions in the world, from the lightbulb to the modern-day car, to our smartphones, started out as just an idea, with no design and no physical form. What’s more, inventions don’t just magically appear in their final format, a critical part of developing those products from ideas to being fully formed is prototyping.

The evolution of prototyping

Inventors armed with an idea have a number of options to turn that idea into a prototype. One of the most common routes to prototype is to engage an engineering consultancy. Over the years, this model of inventors handing over their ideas to a group of consultants has become one of the most utilised options. There has been a perception that their knowledge and design and engineering fill the gaps in experience and ability of inventors. However, over time it has become increasingly evident among a growing number of inventors that this approach presents a number of barriers and limitations.

For starters, one of the biggest issues that inventors face is the significant cost of collaborating with a consultancy. These high costs are accessible to companies with big R&D budgets but are simply prohibitive to many independent inventors, who may require third party funding to cover them. Frustratingly for many inventors, high cost is no guarantee of quality when it comes to prototypes and, if there is a problem or poor service, inventors don’t have the negotiating power that big companies do to resolve the situation.

Furthermore, what many inventors experience, through no fault of their own, is a range of challenges that come with complexity. At the point at which an idea is discussed with consultancies and budgets drawn up, the full understanding of a product’s complexity is rarely known – so the consultancy quotes even though it doesn’t understand the possible challenges that may appear in the prototyping process. Only once the process begins are difficulties in design and manufacturing identified that could result in excess cost. For any inventor with a tight budget, this poses a threat, because the consultancy may prepare for this by charging more to accommodate any unforeseen activities and overheads.

There is also a loss of control to contend with. A consultancy often makes executive decisions and drive ideas in directions the inventor may not have chosen had they had more input. This means products can sometimes end up very different to the original concept. In worst case scenarios, there may also be legal issues as to who retains the legal rights to the product, which can occur when an inventor is unhappy with the final prototype and refuses to pay the consultants as a result.

Another common issue is that of slow turnaround times. Many inventors with small or medium sized projects experience being prioritised behind larger projects that are of higher value to the consultants. This means that inventors with lower budgets are delayed, which is especially frustrating when an urgent market opportunity is being missed. Contractual arrangements also make it difficult to end the relationship, which means inventors are locked into the relationship and the slow timeline.

On one hand, this approach resolves the issue of losing control of the project. The person with the idea retains responsibility and can be involved in every decision, while keeping the industrial designers and engineers on track to stick to the original idea. However, new problems arise.

Firstly, the design and prototyping are limited by the ability, expertise, and skills of the small team. There is a smaller pool of knowledge and problem solving, which can often place limitations on the direction the product is taken in, its quality, and its functionality. At least with a big consultancy there is a bigger pool of knowledge to dip into.

Additionally, the costs of DIY projects such as this can spiral incredibly quickly for less experienced inventors. Those who have gone through the prototyping process before will know the roadmap for designing products and creating prototypes, but the inexperienced will be surprised along the way just how many hurdles they must overcome. There are usually always hidden or unexpected costs, not to mention the already burdensome fees that must be paid to the industrial designers and engineers.

In recent years there has been a growing move to sourcing industrial design and engineering talent and capability through freelancing platforms. In this scenario, inventors will usually select an engineer to manage the entire process or outsource each task to different designers and engineers. The issue with the former of these commonly used options is that it is rare for a single designer or engineer to have the knowledge and skills necessary to complete an entire project. Whereas the issue with the latter is that each of the designers and engineers involved usually won’t have a holistic view of the project as a whole and are tasked with completing something without understanding the wider objective and aim.

There is also the issue of making a decision on which freelancer to use before knowing if they can do what is being asked. Many inventors select freelancers who seem competent, only to later find out that they cannot do what is needed. This is a costly and time-consuming problem. Costly, because usually the freelancer must still be paid for their work, even if it is not what was required, and it is time-consuming because inventors will need to find an alternative freelancer once they learn their chosen freelancer isn’t able to deliver.

The limitations and barriers outlined above have a major impact on the products that succeed in going from idea stage to being a functional prototype. Inventors in some cases find the slow timelines mean they missed the opportunity to be first to market, some are priced out of taking their ideas any further, and others end up with a product that doesn’t do what they had foreseen. What this ultimately means though, is that good ideas aren’t being executed well enough or as required and inventors are missing out on opportunities. A remedy to this has been needed for some time.

Technology has helped create a new model – one that is already disrupting the more traditional options. This new digital approach places automation at its heart to accelerate design and prototyping, while enabling inventors to retain control and executive decision-making power. 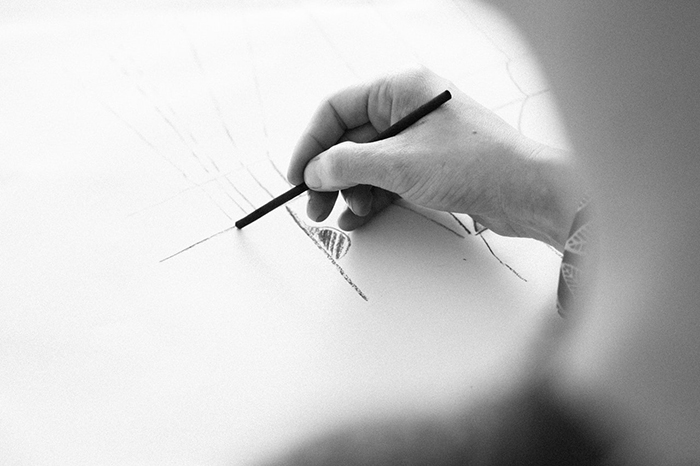 The new model uses a digital platform to enable inventors to share their ideas with a diverse field of expert industrial design and engineering professionals from around the world and have those experts compete for the project. But instead of bidding via quotes, in the way a consultancy might win a project put out to tender by a company, experts win the project by showing how they would complete the task/activity that they are competing for. This means the priority is placed on making the best possible prototype, instead of inventors comparing quotes which inevitably don’t include the hidden costs traditional methods add on at later stages.

This process is then repeated for every stage of the prototyping. At every phase, inventors are selecting the expert that has proven they are most aligned with the idea and how they would execute. And this is within closely controlled package costs, which means inventors know how much they’ll be paying and need not worry about escalating budgets.

Being a digital platform, inventors can oversee and progress their projects remotely from anywhere in the world, in real-time, and aren’t limited by geographical accessibility to consultancies, industrial design and engineering teams or freelancers.

The traditional methods for prototyping summarised above have not adapted to the opportunities that technology present – they operate much the same way as they have done for years and there is little evidence that this is changing. The new model embraces technology to eliminate many of the barriers that exist in the traditional models.

So, for starters, by automating much of the process, the inefficiencies and delays caused by manual input and administration are eliminated. Inventors are no longer at the mercy of account managers holding back progress, because the timeline is dictated by the automated system. Inventors and expert designers and engineers have set timelines, which ensures consistency across projects and user experiences. With LastBasic, for example, the timeline is complete in only three to four months, which is considerably faster than is possible through the traditional methods on the market.

Critically, the new model pools talent, experience, knowledge, skills, and problem solving from designers and engineers from around the world. This means proposals for how to prototype ideas are more varied than, say, a consultancy, where thinking is limited by internal rules and politics, a lack of geographical diversity, and many other factors. Also, because the proposals are submitted by designers and engineers as part of a competition with other engineers in the community, there is a constant need for proposals to be of the highest quality – engineers are inspired and incentivised to deliver their best work. They also have the opportunity to review the work of their competition, which encourages post-project knowledge sharing and constant development.

Importantly for some, control and decision making remains in the hands of inventors. They decide which proposals to proceed with and can provide feedback if alterations are needed, while outsourcing the activities themselves to proven experts with decades of prototyping experience. In LastBasic’s case, the inventor also retains 100% of the legal rights to their idea and prototype.

The controlled costs is another reason why the new model is taking off. Because of the package-based funding and a single fixed payment, inventors know ahead of time the costs of making their prototyping. This ensures no hidden costs further down the line that could create budgetary issues. It is, on the whole, a more open and transparent process than the traditional models. It is also much more affordable than traditional options because technology has enabled much of the process to be automated.

Prototyping has been a process that’s been stifled by traditional practices, partly because of its roots in engineering and manufacturing, which is a sector known to be lagging behind in digital transformation. But what this new digital model of prototyping shows is that there is a bigger opportunity for innovation to take place, because barriers like high costs, the need for knowledge and experience and potential for loss of control are all eliminated completely, and it allows almost anyone is able to turn ideas into reality. The speed of innovation is certainly not showing signs of slowing, and this paradigm shift in prototyping has the potential to accelerate innovation even more, giving inventors all over the world the recognition they deserve.