Our website is made possible by displaying online advertisements to our visitors. Please consider supporting us by disabling your ad blocker.
Home > Industries > Immersive billboards are turning heads
Industries

Immersive billboards are a new high profile advertising trend, and recently they’re taking over. From Nike to huge names in tech such as Meta, many brands are jumping on the hype, and 2022 really has been the year of the 3D advert. Kiera explores a few highlights from the year.

The ad shows Sergeant Johnny MacTavish attempting a mission by cracking through a glass door where Ghost then commands attention as he appears wearing night-vision goggles.

Tyler Bahl, VP & Head of Marketing, Call of Duty commented: “The scope and scale of Call of Duty: Modern Warfare II demanded a larger-than-life global campaign. We partnered with Amplify to create anamorphic 3D OOH, which provided the canvas and technology to use our iconic heroes in a massive show-stopping way. It extended far beyond the locations themselves and we saw huge amplification and resharing throughout our community.” 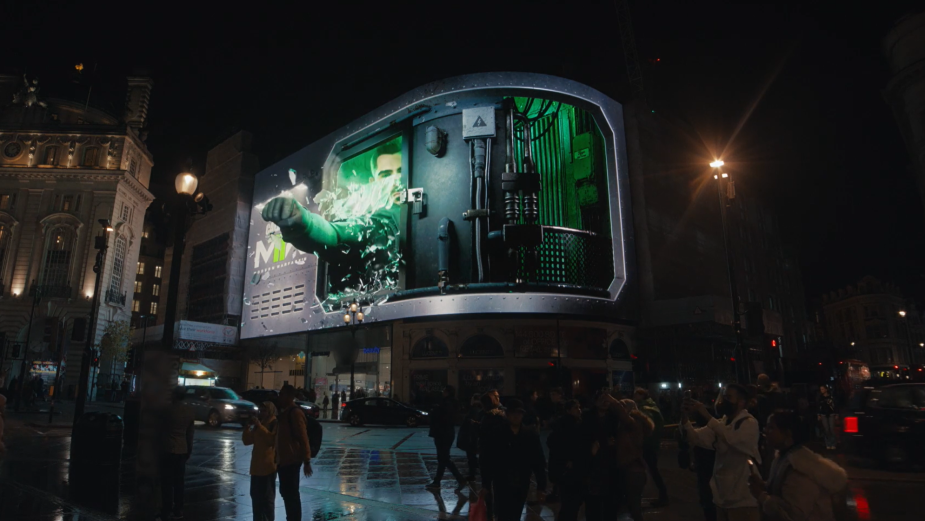 Meta developed a Christmas campaign to promote its Meta Quest 2 VR headset. The campaign urges viewers to ‘wish for the ordinary’, with an American footballer, lightsabers and an astronaut jumping out at passers-by. It really is showing off the new product, showcasing innovation.

By digitally transforming Piccadilly Circus, Meta hope to highlight that you can play and interact with people from all over the world and transport to anywhere within the universe.

Privacy concerns have been a hot topic for many, with Meta products often at the centre od the debate. WhatsApp have taken the less exciting topic of data privacy and turned it into a creative immersive 3D billboard. Digitally altering Piccadilly Circus made the ad feel more immersive for viewers as it reinforced WhatsApp’s stance on privacy with a ‘visual metamorphosis’ of a 200-year-old piece of architecture.

The project was a collaboration between Meta’s in-house team Creative X and production company Ntropic. “We fell in love with the concept that technology really is modern-day magic. It gave us a license to represent privacy features such as ‘end-to-end encryption’ and ‘disappearing messages’ in truly astonishing ways,” explained Garrett Jones, Creative Director at Meta.

The three-chapter story began with a live moment that reflected the WhatsApp community and leaped further away from IRL with every step. “We suspended reality for thousands of passers-by and sparked a conversation around WhatsApp’s ongoing privacy efforts with a bit of ‘wow’ to break up the day,” said Jones.

Earlier in the year, Nike celebrated Air Max Day with what was deemed as a ‘larger than life’ billboard campaign. Nike Air is a celebration of creativity, imagination and innovation and Nike wanted to convey these elements through a technology aligned to this spirit.

The advert, which took two months to bring to life, features the recognisable orange Nike trainer box which burst open to reveal a rotating display of Air Max styles while hinting at the inspiration behind each shoe.

A selection of Industries articles for further reading