The automotive industry is a leading adopter of robot vision technology and continues to automate more and more processes. As OEMs and their suppliers strive for greater productivity and quality, introducing vision capability is a common requirement to enhance picking and precision placement or assembly of components.

By increasing accuracy, vision can accelerate tact time, increase quality, and raise end of line yield. On the other hand, integrating a vision system is known to be time consuming and complex. Specialist technical skills are usually needed to handle tasks such as establishing communications between the various subsystems, calibrating the vision system, and registering workpiece data accurately. Engineering challenges like these can sometimes hold back the project and ultimately delay the start of production. 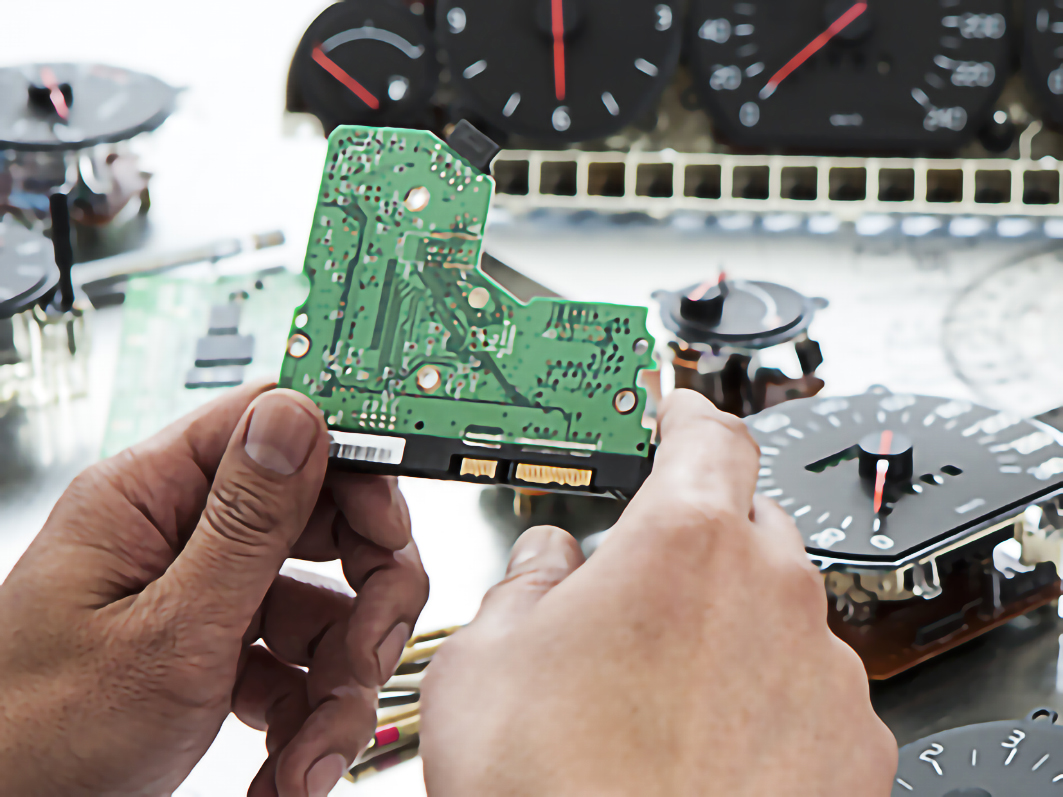 A manufacturer can lose ground to competitors if a business opportunity arises suddenly, and the necessary skills are not available to implement a suitable process. This was the prospect facing an automotive parts maker based in Japan, as the company sought to introduce new robotic automation with vision to produce its latest products quickly and cost-effectively.

A fast solution was needed, to stay ahead in the marketplace. However, the company’s most experienced in-house engineer with robot-vision knowhow was occupied elsewhere by another project. From previous experience, the production team knew that the system integration could take a lot longer than expected and could demand significant engineering resources. They also knew that getting support in the longer term could be a concern; determining whether the vision system or the robot is the cause of any problems, to be able to direct their service calls to the appropriate supplier, can be challenging.

The team had to find a way to move quickly, to be able to introduce the vision system ready to start commercial production as soon as possible.

It was at this time that the project’s leader learned of a solution offered by Yamaha Robotics’ Factory Automation Section. It showed features that make the Yamaha RCXiVY2+ robot vision system easy to integrate and setup as well as being fast and accurate. He quickly saw the system’s potential to help overcome the challenges in the factory.

RCXiVY2+ simplifies tasks that are notoriously complicated and time-consuming when integrating conventional machine vision as part of a robot system. These include robot control, image processing, lighting control, and processing of the conveyor-tracking data, which are all handled within the robot program and by incorporating a vision board, lighting board, and tracking board in the RCX3 series multi-axis robot controller. Interoperability with lighting and other peripherals such as grippers is assured.

Because the vision is managed from the robot program, there is no need to create a coordinate-conversion routine. In addition, there is an intuitive wizard for calibrating the camera, and a graphical tool that reduces workpiece registration to three easy steps comprising image capture, contour setting, and registration of the detection position.

Typical conventional vision systems are complex to setup and require several additional cables that take up space. A different GUI is often also used, to interact with the vision software. Yamaha’s RCXiVY2+ can integrate directly into the Yamaha Robot controller without any additional cables and minimum space. With the vision programming commands also completely integrated, RCXiVY2+ enables a simple and compact but intelligent robot solution.

The vision system is directly integrated into Yamaha’s robot controller

Flexibility is provided to mount cameras in fixed positions above and/or below the workpiece, or on the robot itself. If mounted on the robot, the system automatically adjusts coordinates to correct for the effects of camera motion. Finally, a single cable provides power and data connections to the camera and a standard DVI-I output makes light work of connecting a monitor.

Thanks to these features, users no longer need extensive training and experience to build an accurate, fully functioning robot-vision system. After everything is connected and powered-on for the first time, setting up can be completed in under 10 minutes. That’s about 80 percent faster than a conventional system. Furthermore, this plug-and-play simplicity comes without compromising performance: the latest-generation image-processing chip powering RCXiVY2 ensures up to 45% faster detection time than Yamaha’s preceding model.

The RCXiVY2 system also features an innovative way of recognising objects that is up to ten times faster than the edge-detection approach traditionally employed in automated vision systems. This ‘blob-detection’ technique applies threshold criteria to the camera’s greyscale images, taking into account variations in light and shade, and applies binary coded processing to convert to black and white gradations.

This enhances picking, presence recognition, and high-speed counting of multiple workpieces. Blob detection is especially effective when the objects are irregular shapes such as foodstuffs and clothing, and hence expands the possible range of applications for robot vision.

While RCXiVY2+ is designed to be easy to setup, helping users implement high-performing robot vision extremely quickly, Yamaha also provides support including individual project advice as well as training for users new to the equipment. Moreover, customers get peace of mind knowing they only have one call to make if extra help is needed.