A history of automotive technology

Modern vehicles feature a plethora of systems and gadgets, with more added each model year, especially systems for driver and passenger safety – which are generally referred to as ADAS. Dan Clement, Senior Principal Solutions Marketing Engineer at onsemi discusses the history of automotive technology and various examples of ADAS breakthroughs.

Over the last 100 years, ADAS (advanced driver assistance systems) such as the above have evolved dramatically from the humble beginnings of mechanical cruise control to the vision of the vehicle becoming software-defined, immersed in augmented and virtual reality (becoming known as the ‘metaverse’), and reaching fully autonomous driving.

Currently, vehicles are at level 2+ autonomy as defined by SAE International. Level 2 is where partial automation is allowed, but the driver must still be paying attention and ready to take over at any moment. The plus (+) in the term ‘level 2+’ refers to the reality that autonomous driving is exceedingly complex and taking longer than the industry expected. (Level 5, moreover, is full autonomy with no driver, and level 0 is no autonomy.)

The next sections of this article cover various areas within the history of automotive technology.

Perhaps the earliest driver assistance system was the Speedostat. The Speedostat was the first design of a speed control system, designed by Ralph Teetor, who was sadly blinded as a child. He used that lack of sight to develop a superhuman sense of touch and the ability to hyper-focus, which he claimed was why he could be such a great inventor and engineer.

The Speedostat, often called the ‘Stat’ and patented on the 22nd of August, 1950, was made up of a dashboard speed selector connected to a mechanical governor mechanism deriving from the vehicle’s driveshaft. Driven by the governor, a vacuum pump would push up on the gas pedal, giving a haptic signal to the driver to slow down.

Five years after the patent, Popular Mechanics was quoted as saying that the Speedostat is “a kind of power-operated accelerator or governor with extras. It takes us several miles farther down the road to automatic pilots for cars”.

Chrysler was the first car maker that adopted the Speedostat, and it branded it the ‘Auto-Pilot’ in 1958. Cadillac also used it and called it ‘Cruise Control’, a name that became genericised and is still commonly used to refer to the technology even today.

Shortly after Teetor’s Speedostat found success in production vehicles, another technology revolution was underway: integrated circuits that were born with the invention of the silicon transistor. As single transistors evolved to entire circuits on a chip, Daniel Wisner invented and patented (in 1971) the first electronic cruise control, which was called the ‘Speed Control for Motor Vehicles’.

This new electronic speed control could regulate vehicle speed in a closed loop, even on inclines and declines, which was a first. This invention, ultimately known as cruise control, changed vehicles forever. As the technology grew in popularity, in the late 1980s Motorola designed and fabricated a silicon chip that implemented Teetor’s algorithm. Many vehicles used this chip for a long time. Its part number was MC14460, and the algorithm is still commonly used today (although the MC14460 chip itself has long since been retired).

The next major innovation in cruise control was adaptive cruise control, which appeared in the early 1990s and was invented by William Chundrlik and Pamela Labuhn. The system worked similarly to regular cruise control but implemented a range-finding sensor to allow the vehicle to slow down behind slower cars while still maintaining speed control. While the first systems used lasers, various solutions utilised different types of sensors, including radar, LiDAR, and cameras. 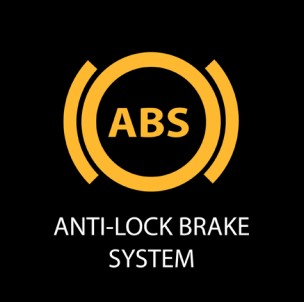 Anti-lock braking systems (ABS), with roots in aviation, also have an interesting history. In 1920, Gabriel Voisin, an aircraft and automobile pioneer, designed and experimented with mechanical ABS for airplanes. The system used a flywheel that spins with the wheel and controls the hydraulic valve of the brake system. When both the wheel and the flywheel were spinning at the same rate, the system would release the brakes.

If the wheel suddenly slowed down, likely when the wheel was skidding, the flywheel would keep spinning faster, and this relative difference in the rotation would open the hydraulic brake valve, thus letting the tyre spin again. This system reduced the braking distance by up to 30% and made flights possible in conditions in which aircraft would otherwise be unable to fly. The decrease in skidding due to the system also significantly reduced tyre wear.

Beyond aircraft, the Royal Enfield Super Meteor motorcycle trialled the first ABS in 1958. While the fully mechanical system proved that ABS vastly reduced motorcycle skids – a prevalent cause of accidents – the company dropped the system due to price and reliability concerns.

The first fully electronic ABS was developed in the late 1960s – not for automobiles but for the Concorde. The Concorde was a high visibility and innovative technical development that captured the world’s attention. The Concorde needed a long runway to take off and land, and having ABS was a requirement to avoid the aircraft skidding off the runway in the case of an accident or other excursion.

The takeoff speed of Concorde was 250 knots, much higher than the average commercial aircraft – both then and even now. A rejected takeoff on a wet runway would be dangerous without ABS braking.

Electronic ABS made its way into the first consumer vehicle, the 1971 Chrysler Imperial. Bendix Corp. patented it in 1970 and Chrysler branded it as ‘Sure Brake’ – commonly referred to as ‘anti-skid’. The system was reliable, and the rest of the industry started introducing their own versions.

Unfortunately for Bendix Corp., the official recognition for the modern ABS belongs to Mario Palazzetti in the Fiat Research Center. Palazzetti improved the system and later became known as ‘Mister ABS’. Bosch Mobility Solutions acquired Palazzetti’s system, renamed it to simply ‘ABS’, and continued to improve the technology for production vehicles until it became a standard feature for all automakers. In fact, ABS is now a genericised common term, just like the words ‘cruise control’.

Traction control systems (TCS) regulate the amount of power used to drive the given vehicle’s wheels. Initially, the drive wheels used a limited-slip differential to mechanically limit power to the wheel that would slip. In the early 1970s, vehicles added electronic TCS. Traction control monitors wheel speed and the differences between wheels to control how much power goes to each one.

Some systems controlled the vehicle’s throttle or spark control, but most ended up focusing on using the vehicle’s braking system. In fact, most traction control systems share the ABS described in the previous section. Traction control, like ABS, is a standard feature nowadays.

Stability control systems began to appear in the early 1990s. Bosch introduced a system on the 1995 Mercedes-Benz S600 Coupe. Stability control is also integrated with the ABS and traction system, adding additional sensors to gauge how the vehicle responds to the driver’s inputs (particularly their throttle and steering).

Data from a steering wheel sensor is compared to a yaw sensor and accelerometers to calculate how the vehicle is currently driving. The stability control can adjust braking, throttle, or suspension to improve driver handling based on this information. Stability control became standard equipment in the US in 2012.

Looking back on ADAS history

This article has introduced the history and evolution of cruise control, ABS, traction control, and stability control. Each system’s history is unique and interesting, often with mechanical origins for the earlier designs. And something in common between such systems is that it often takes decades to develop, test, and qualify new systems for release into the market – but each one has led to a breakthrough in the automotive industry.