Toilet humour, and May 4th be with you!

Home > Blog > Toilet humour, and May 4th be with you!
15th May 2019
Source: Electronic Specifier
Posted By : Joe Bush 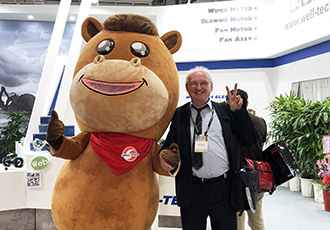 I receive a lot of press releases about market reports. Tons of them come out every month looking at every sector possible. But even I was a little surprised to see one from an organisation called Industry Research discussing the smart toilet seat market.

Thinking I’d better get to the bottom of this, I glanced at the sample, which gave no figures at all but told me the report costs a whopping $3,900. For that sort of money, I expect a big job but the snippet did not give me a warm flush, especially with startling insights such as: ‘A toilet seat is a hinged unit consisting of a seat, and usually a lid, which is bolted onto a toilet bowl for a toilet used in a sitting position.’ Well I never. If you want a good place to file the report, I suggest lifting the lid.

Are the days of passwords numbered? This was a talking point during this year’s World Password Day, which if you didn’t know falls on the first Thursday in May. Cyber security company Bullguard reckons that biometric authentication will have taken over in just a few years. Quite possible, but hang on a minute. World Password Day? What is that about? Does that mean I have to send a card to my trusty password that I use across all my accounts? Happy anniversary ‘123456’, you serve me well.

To be fair, I was more interested in the first Saturday in May, which this year was Star Wars Day – you all by now know why – and some of my local pubs got into the mood by renaming their beers for the day. I had a nice pint of Wookie Juice followed by Jar Jar Sips.

And in case you didn’t know, the week starting 13th May is actually National Feet Week in the UK. Who decides these things? How do you apply for a new one? I am sure I can come up with some good ones just from the objects on my desk. How about World Phone Holder Day or National Staple Remover That Hasn’t Been Used For Years Day? That could catch on.

And finally, a survey by Bosch has found that two-thirds of German drivers find car keys a pain. I am with them, but not just car keys, any keys, and only because they wear through trouser pockets. German drivers, however, prefer to see the keys replaced with an app. Ah, not me. I don’t want to be standing outside my house in the rain bursting to use the loo because my door key app is downloading an update.

Image: As you can see, I made a new friend at this year’s Autotronics show in Taipei. And I have also got the two-fingered hand gesture that almost everyone in this area uses when you point a camera at them. Sadly, most of the cameras at the show were pointed at the scantily clad young women that some companies still believe are what you need to attract people to your stand.