Home > Around the Industry > What are the 2018 electrical trends I hear you ask...
23rd January 2018
Source: reichelt elektronik
Posted By : Anna Flockett 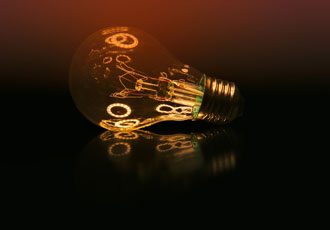 It is all thanks to new technologies that implementing innovative new ideas is all possible to realise your own designs or to make your home more efficient and comfortable, from 3D printing to smart homes it all counts. Product managers Frank Gerwarth and Sven Pannewitz from reichelt elektronik have highlighted the three most important trends that will impact the electronics industry in 2018.

1.The rise of the voice controlled smart home
"Alexa, turn on the light!"

Over half of UK adults (56%) are already using or would consider using voice-controlled smart home devices, according to reichelt research last year. Being able to control heating and lighting is a top priority for consumers. This popularity is set to increase as we see the big tech brands Google and Amazon battling it out to become the best smart home device – a battle that will heighten this year as these devices become the must-have tech.

In addition to comfort, energy efficiency also plays a major role. Smart control of lighting and heating enables households to save up to 30 percent on energy each year. A reichelt survey (Oct 2017) revealed that 46% of Brits have reduced their heating costs as a result of smart heating.2.3D

2.Printing: New filaments creating new possibilities
3D printers have come a long way in recent years. There is continuous innovation to enable more complex designs to be printed and print in multiple colours. But these devices are also becoming increasingly affordable for the private user, bringing a revolution in three-dimensional printing to life.

Product manager Frank Gerwarth sees the use of filament made of different new materials as a major trend for 2018: "Most 3D printers for domestic use were previously only able to process plastics such as PLA or ABS. Now there are new filaments that offer completely new possibilities with interesting material compositions. For example, filament with metal, stone, cork or wood shares. The finished pieces are confusingly similar in feel and smell to the real materials, allowing for completely new designs. Of course, it must always be ensured that the 3D printer is suitable for using the filament material."

3.More powerful developer boards
When the first Raspberry Pi hit the market six years ago, it was aimed at encouraging young people to learn how to programme. Since then, the mini-PC, with its diverse application options, has firmly established itself in the maker scene and we have since seen many competitors try and enter the market to grab a slice of the industry.

"Development boards such as Raspberry Pi, Arduino or Banana Pi are suitable for use as a print servers or Internet radios, for taking photos and live surveillance images transmitted to smartphones or become a HD media player as the basis for the home theatre," explained Pannewitz. "This diversity is appealing to many tech enthusiasts. Once you have familiarised yourself with the technology, you always come back to it and develop new ideas with it, for example self-built smart home systems. With multiple applications, there are increasing demands on these mini-PCs so we expect to see more powerful models entering the market this year. A particular highlight to look out for is the upcoming launch of the Banana Pi Zero - an equivalent of the Raspberry Pi Zero. "