The top ten development boards of 2018 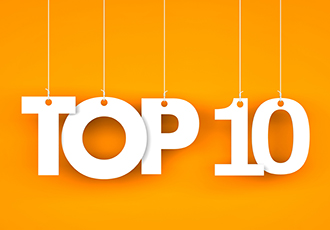 Every year Arrow Electronics release a list of the top ten dev boards on the market today. To help make 2018 your most innovative year yet, here are the top ten development boards and kits of 2018.

10. Samsung ARTIK 710 Development Kit
Samsung has had their claim to fame in many industries and applications all over the world, and the ARTIK platform is one of their latest proving grounds. With the sole purpose of 'bringing hardware modules and cloud services together', Samsung has created an ecosystem of tools and partners to help developers design for the Internet of Things faster.

The ARTIK 710 Developer Kit is one of several different module kits presented in the ARTIK Family. The ARTIK 710 SoM specifically boasts an 8-core, 64-bit, ARM Cortex A-53 processor with built in WiFi, Bluetooth and ZigBee for nearly any large high end gateway that also requires local processing and analytics or multimedia applications.

This dev kit also has an ARM MALI GPU for multimedia, 1GB RAM and 4GB of eMMC memory, and an Ubuntu Linux package with multimedia connectivity. Best of all, it has enterprise-class security with hardware secure element on board. If you are designing factory automation, smart home, or multimedia applications, the ARTIK 710 development kit is certainly worth considering. 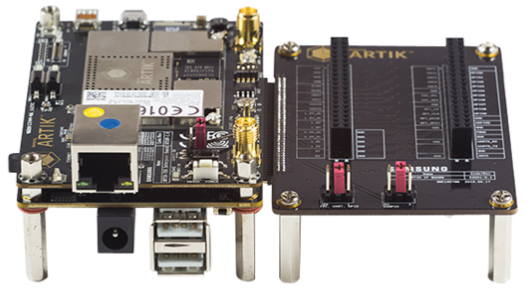 It comes with software and firmware libraries and tools for the evaluation of sensor performance, including a dedicated mobile App for real-time sensor feedback. The cradle expansion board in the kit features audio DAC, USB port, STM32 Nucleo, Arduino UNO R3 and SWD connection capabilities. And for the prototyping application builder, this kit allows you to see real live MEMS and motion data on a mobile device less than five minutes after opening the box.

8. ADALM-PLUTO
Analog Devices has released several Active Learning Modules (ALMs) to help developers and educators alike, but the ADALM-PLUTO is arguably the most compelling. Also referred to as PlutoSDR, or Pluto Software Defined Radio, this development kit allows users to bridge the gap between RF theory and RF practice and use industry grade hardware to learn and develop their own SDR platforms.

7. AudioSmart 2-Mic Development Kit
If you want to design an application utilising the latest in voice recognition, the AudioSmart 2-Mic development kit is what you need. As the combined effort of Amazon AVS and Conexant, this kit allows Conexant’s SC20921 Voice Input Processor and Alexa­­­ wake word technology to be easily integrated into any design so your application can detect voice and cancel excess noise from any direction.

This kit is on the simpler side of voice detection, which makes it perfect for beginners to develop with, but if you are looking for a more robust version, be sure consider the AudioSmart 4-mic as well. The AudioSmart 2-Mic kit comes with the evaluation board, a microphone module with 2 omnidirectional microphones, and all necessary connectivity for immediate use. This kit is perfect for building your own DIY voice detection application and true product development alike.

By giving a user an artificial tactile 'feel' using ultrasonic transducers, it allows for motion tracking and the recreation of buttons, switches, knobs, and other common passive systems out of thin air. This kit comes with a full environment that supports designing haptic controls into nearly any application. This futuristic development kit could be the foundation for the next era of human to machine interactions, and is already getting attention even outside of the development community.

Incredible accessories such as the AIY Voice Kit and the PiCade have helped the Raspberry Pi 3 find its way into the hearts of consumers and tinkerers, but the Pi still remains a fantastic development tool for a variety of applications. Raspberry Pi released a new iteration called the RP3B+, but it is still only in limited release, likely under allocation, and may prove hard to get until later this year, again making the Raspberry Pi 3 Model B one of the top development boards of 2018. 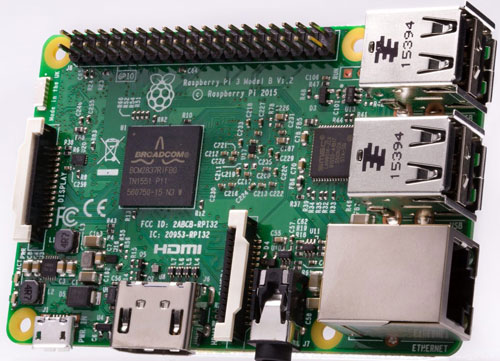 The Thunderboard Sense 2 is less module-ready than the similar Sensor Tile (#9 on this list), but the entire board schematic, mobile app source code, and cloud and data-analytics code is open source, which means you can quickly tweak the board for your application.  An ARM Cortex M4 core with 256kB RAM and 1.024 MB Flash, a 2.4GHz radio configuration with an on-board antenna, and seven different sensors on board make this development board a great way to begin building your application into the IoT.

To help developers access the power of the i.MX8M specifically, NXP created the i.MX8M EVK to enable quick familiarity with the product and i.MX8 processor before investing heavily in a chip-down design.

The i.MX8M processor family is based on the ARM Cortex-A53 and Cortex-M4 for industry-leading audio, voice, and video processing. Whether you’re developing the next high end home multimedia, an industrial automation application, or anything in between, the i.MX8M EVK is one of the best places to start.

2. Jetson TX2 Development Kit
Edge-computing, artificial intelligence, supercomputers - all are popular industry buzz words. However, this incredible development board from NVIDIA combines all three. Designed to be a breakout for the Jetson TX2 Module, this development board features one of the most powerful GPUs in the industry to allow users to create neural networks for a variety of different applications, and run AI analysis on a low power edge node.

The amount of applications where this supercomputer could prove valuable are endless and NVIDIA has built the entire Jetson ecosystem to support it. The development kit comes with the module itself along with design guides and all necessary hardware, and it supports the NVIDIA Jetpack SDK libraries for quick implementation. All-in-all, this development kit is one incredible opportunity to dive into the bleeding-edge of technology.

1. Arduino Uno
The Arduino Uno is commonly associated with makers and electronics education, but it’s also become a near standard for relevant industry hardware development. If a component is compatible with a microcontroller, it has likely found a place on an Arduino-compatibledevelopment shield. If you are developing a simple sensing application, the next IoT solution, a data acquisition device, or even a robot, an Arduino Uno could well be the best place to start.

Rather than build a single solution for a handful of problems, Arduino has built an ecosystem around the Uno that nearly any product can be compatible with. Yes, it may not be the ultimate solution for an embedded chip-down design, but as a place to get started - the Arduino Uno is fantastic.

It seems as though the industry has finally caught on to the Arduino revolution and the sheer quantity and diversity of Arduino Uno shields still coming onto the market today gives everyone access to thousands of development-ready discrete components right out of the gate, and cements the Arduino Uno on our list for that reason.