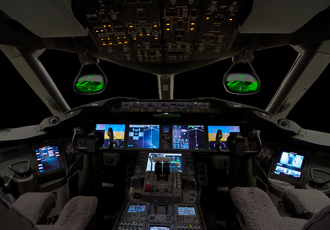 Multi Stream is now a standard feature of the VPA. Upon receiving a signal with embedded stream, it identifies source IDs it recognises. Unrecognised source IDs are listed and staged so that a designer can quickly assign a profile, and each component stream then can be individually analysed.

GRT's VPA was introduced a decade ago as a key development tool for verifying compliance with the ARINC 818 standard, then newly introduced to meet expanding needs for high-speed, low-latency video in aviation. The flexibility of ARINC 818 and its capacity to utilise rapidly advancing technologies make it the protocol of choice for high-resolution displays, high-speed sensors, and other critical video systems.

Introduction to ARINC 818
The ARINC 818 video interface and protocol standard serves high-bandwidth, low-latency, uncompressed digital video transmission. The standard has been advanced by ARINC and the aerospace community to meet the stringent needs of high-performance digital video. The protocol was adopted, prior to its official release, by major aerospace and military programmes, and has become the de facto standard for high-performance military video systems.