The only way is up for sensors and actuators

Home > Sensors > The only way is up for sensors and actuators
31st October 2017
Source: IC Insights
Posted By : Alice Matthews 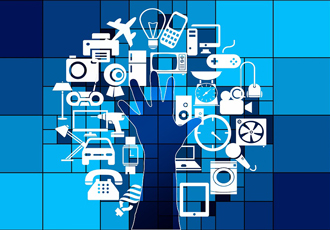 According to a new update of IC Insights’ 2017 O-S-D Report - A Market Analysis and Forecast for Optoelectronics, Sensors/Actuators, and Discrete Semiconductors, more than a dozen product categories in optoelectronics, sensors and actuators, and discretes semiconductors (O-S-D) are on track to set record-high annual sales this year.

Driven by the expansion of the IoT, increasing levels of intelligent embedded controls, and some inventory replenishment in commodity discretes, the diverse O-S-D marketplace is having a banner year with combined sales across all three semiconductor segments expected to grow 10.5% in 2017 to a record-high $75bn, says the O-S-D Report update.

In 2017, above average sales growth rates are being achieved in all but one major O-S-D product category - lamp devices, which are now expected to be flat in 2017 because of continued price erosion in light-emitting diodes (LEDs) for solid-state lighting applications. Figure 1 compares annual growth rates in five major O-S-D product categories, based on the updated 2017 sales projection.

The 2017 double-digit percent increase will be the highest growth rate for combined O-S-D sales since the strong 2010 recovery from the 2009 semiconductor downturn that coincided with the 2008-2009 financial crisis and global economic recession. Total O-S-D revenues are now forecast to reach a ninth consecutive annual record high level of $80.5bn in 2018, which will be a 7.4% increase from 2017 sales, says the O-S-D Report update.

Meanwhile, record-high revenues for sensors and actuators are being fueled by the expansion of IoT and new automated controls in a wide range of systems - including more self-driving features in cars. Sensors/actuator sales are now expected to climb 17.5% in 2017 to $13.9bn, marking the strongest growth year for this market segment since 2010. Sales of sensors and actuators made with microelectromechanical systems (MEMS) technology are forecast to rise by 18.5% in 2017 to a record-high $11.6bn. The O-S-D Report update shows all-time high sales being reached in 2017 with strong double-digit growth in actuators (+20%), pressure sensor, including MEMS microphone chips (+18%), and acceleration/yaw sensors (+17%).

Even the commodity-filled discretes market is thriving in 2017 with worldwide sales projected to rise 10.3% to $24.1bn, which will finally surpass the current peak of $23.4bn set in 2011. Sales of power transistors, which account for more than half of the discretes market segment, are forecast to grow nine percent in 2017 to a record-high $14bn, according to the new O-S-D Report update.